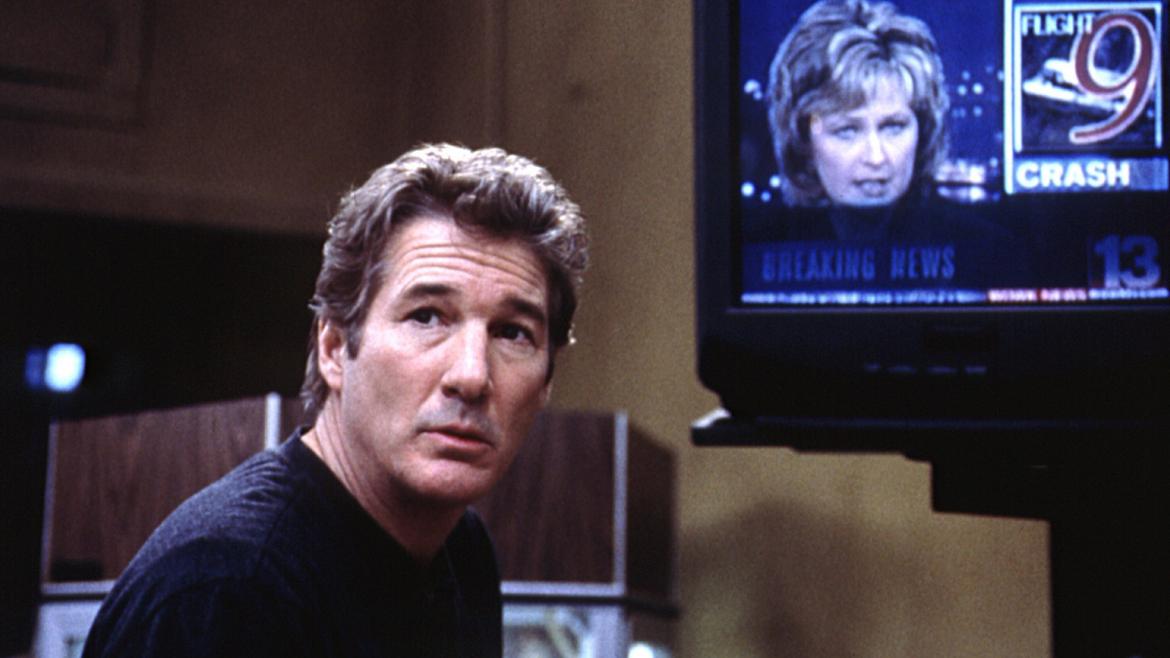 There are things humans aren’t meant to know. What the future has in store, for one. How many licks it takes to get to the center of a Tootsie Pop, for another. Pursuing answers to these mysteries has a way of leading people into the clutches of winged creatures who promise answers but whose motivations are far from pure. For John Klein (Richard Gere) and the residents of Point Pleasant, WV, the penalty for their misplaced trust could prove far worse than watching as a mean-spirited owl steals their candy.

The Mothman Prophecies is a streamlined take on a book which itself is a long-winded take on allegedly true supernatural activities that occurred in Point Pleasant, WV in the mid-1960s. In the film, a winged being known as the Mothman turns up and starts issuing cryptic warnings of impending doom to a grieving journalist (John Klein played by Richard Gere) and a small town cop (Connie Mills played by Laura Linney). The question is, does the Mothman even intend for these riddles to be solved?

Narratively, The Mothman Prophecies toes on some familiar turf. As a product of the early aughts, the film’s inclusion of a protagonist who is psychologically under siege in ways he can’t begin to comprehend is a given. The Mothman Prophecies happily works in this derivative territory, killing off Klein’s wife early and then running him through a gauntlet of sometimes spooky, sometimes tiresome encounters with the Mothman and the eccentric residents of Point Pleasant. The movie seeks to gradually erode viewers’ faith in Klein’s analytical mind and it toys with the equally cliched, yet era appropriate convention of positioning him as his own worst enemy, however, it doesn’t commit. Instead, it chooses to telegraph its conclusion with the help of info-dumping side characters, undercutting the mystery of what’s unfolding.

Despite the familiarity of it all, director Mark Pellington refuses to allow viewers to fully disengage from his movie. He brings an eye sharpened on the style of music videos to the film. Pellington utilizes a vast array of visual trickery to, if not make up for Richard Hatem’s plodding, trope-heavy screenplay, then to at least attempt to hide it.

While it poses plenty of big questions, ultimately The Mothman Prophecies chooses to chomp down on the Tootsie Pop and fly away. The film never manages to be as compelling or creepy as the urban legend that inspired it, despite the tireless efforts of its director and a pair of decent performances from Linney and Gere. It’s too “been there, done that” to achieve more than a few shudders.