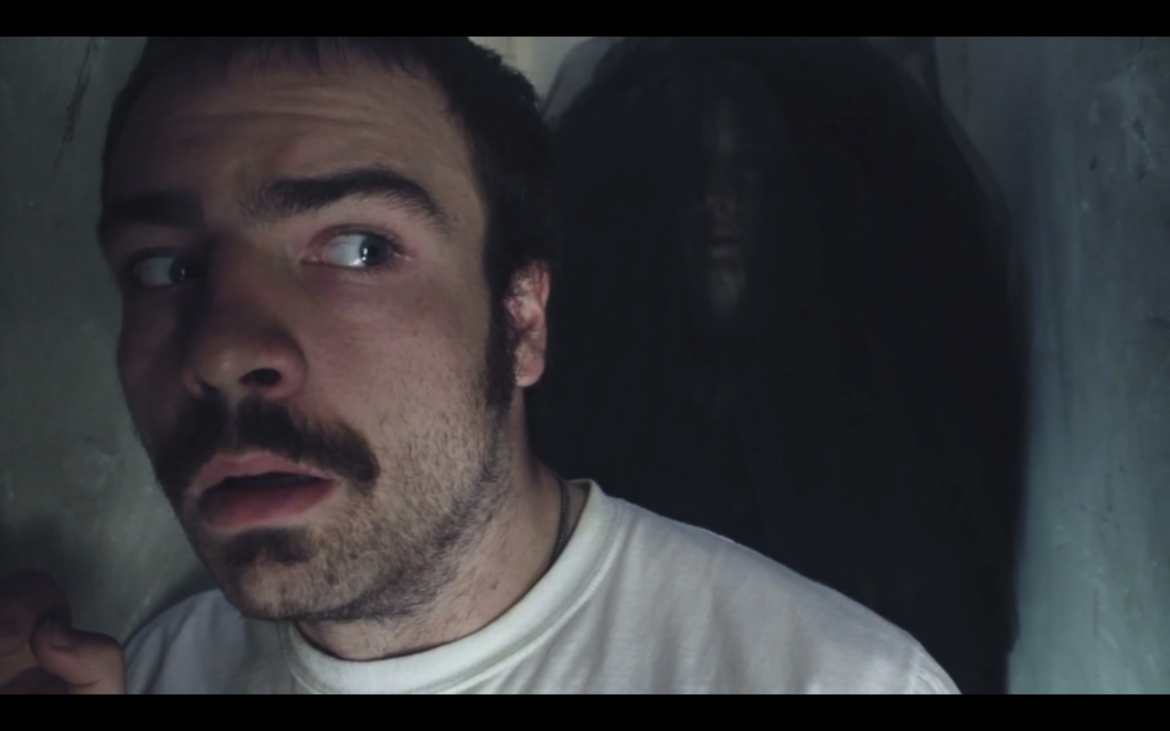 Horror films often seek to create a feeling of claustrophobia as a tool for building tension. I can think of few premises that are more fraught with a sense of being utterly trapped than an agoraphobe being haunted in his own home.

When we meet John, it has been more than one year since he left his home; just looking out the windows drives him to cower under a table. He has very few visitors other than his psychiatrist, and spends almost all of his time alone. When he wakes one night to find a man with a butcher knife in his kitchen, his options for escape are rather limited. This pattern continues as his hallucinations become more prevalent and bold and the borders between what is and isn't really there become more fluid. The fact that John is being both tormented and prevented from saving himself by his mind is a cruel twist.

This film may be a low-budget indie, but at no point does it feel like a home-made flick. The production team clearly made the most of every resource at their disposal. The agoraphobia story allows them to limit the setting to the interior of one house without much explaination. The practical effects, where used, are effective and not over-done. Let's just say that when we see blood, it looks like blood. Some of the dialogue feels a bit forced, but the cinematography and overall story show so much promise it's easy to gloss right over those spots. The overall effect is both tense and eery.

Coming in at just under ninety minutes, Phobia is a great film if you're looking to be deeply creeped out and see some under the radar horror.