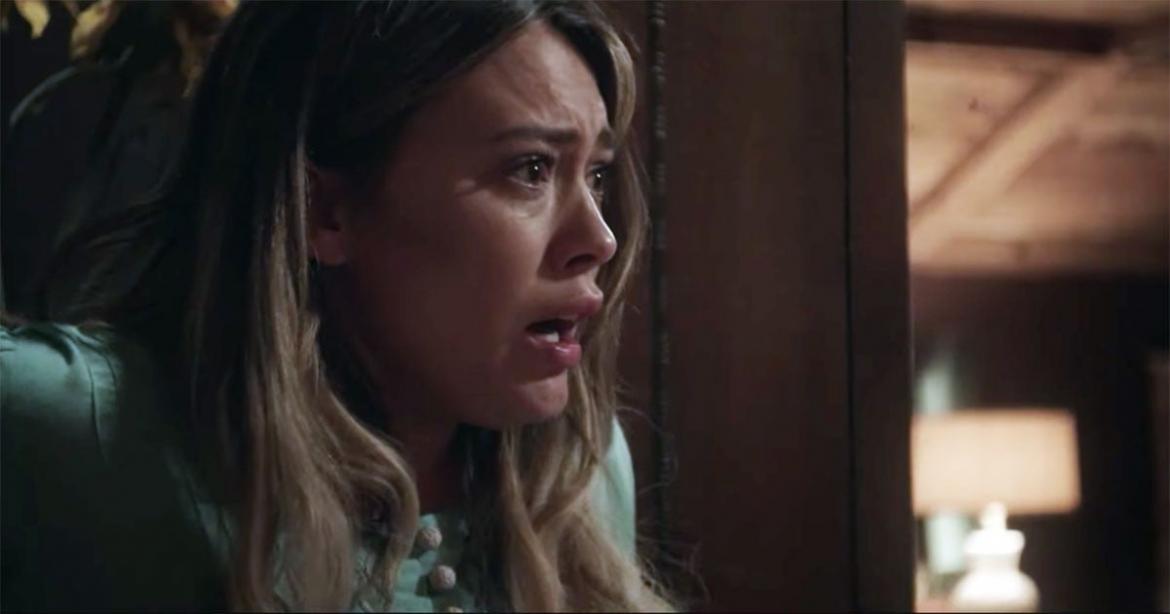 The infamous and shocking event has become part of Hollywood history, prompting screenwriters, songwriters, Hollywood historians, and directors to honor the victims of the Tate murders through media. This year, three separate films will retell the events of the Cielo Drive attack, including writer/director Daniel Farrands’ The Haunting of Sharon Tate. Unlike the direction the other two pictures seem to take, Farrands’ film offers a more fantastical interpretation of the events leading to the Tate murders. However, along with this unique take comes an extreme amount of disrespect. The fate of the six Tate murder victims is portrayed as a funhouse filled with ghouls and goblins inhabited by less than stellar acting and problematic narrative choices.

The Haunting of Sharon Tate crafts its story around a brief interview the real Sharon Tate gave prior to her death in 1969. In it, Tate described haunting dreams she had that kept her up at night. Farrands has taken this concept and warped it into a story that follows Tate (Hilary Duff) as she struggles with visions of a man she only knows by the name of Charlie, as well as haunting glimpses at her own murder. While the film does use a dream sequence to recreate the murders that took place on August 8, 1969, in brutal detail, a majority of Farrands’ story offers a view of what would have happened if Tate was not blindsided by the Manson family’s attack. Viewers watch as Tate rallies together Sebring (Jonathan Bennett), Folger (Lydia Hearst), and her other house guests to fight against Tex Watson and the Manson girls.

As to be expected, this fantasized version of the Tate murders brings taste into question. Not only are audiences asked to view Charles Manson and his followers like pulpy "jump scare" ghosts, but they’re also forced to view the real Sharon Tate as someone who was "unprepared." In the end, it appears that the point the film is trying to make is that had Tate known what to do, then she and her friends could be alive today. Рейтинг казино Фреш достаточно высок, и казино может составить достойную конкуренцию многим известным онлайн-порталам. Это объясняется отличной подборкой игр, качественным сервисом, отзывчивостью консультантов клуба и щедрой бонусной системой. Adding insult to injury, Folger and Frykowski are depicted in this version of the events as the reason that Manson even targeted the Cielo Drive address. Farrands seemed to forget that both Folger and Frykowski were also victims, and using them as pawns in a poorly written and conceived narrative twist is downright appalling.

The film is riddled with many other questionable choices, such as swapping the real-life victim Steven Parent for Tate’s property caretaker William Garretson so that Farrands could include a scene where Garretson fixes a radio. And the list of problems just goes on, including the choice to include actual recordings of songs performed by Manson that Duff’s version of Tate listens to repeatedly.

Moral implications aside, The Haunting of Sharon Tate does itself no favors in every technical department. There are several scenes where the actors had to have their dialogue added in post, the makeup effects for the murder scenes appear fake, and overall the performances range from cringeworthy to mediocre. The jury is still out on whether or not the other two films tackling the Tate murders, including Quentin Tarantino’s Once Upon a Time in Hollywood, will take a more respectful approach. Regardless, it would be difficult to outdo the level of disrespect depicted in Farrands’ The Haunting of Sharon Tate.