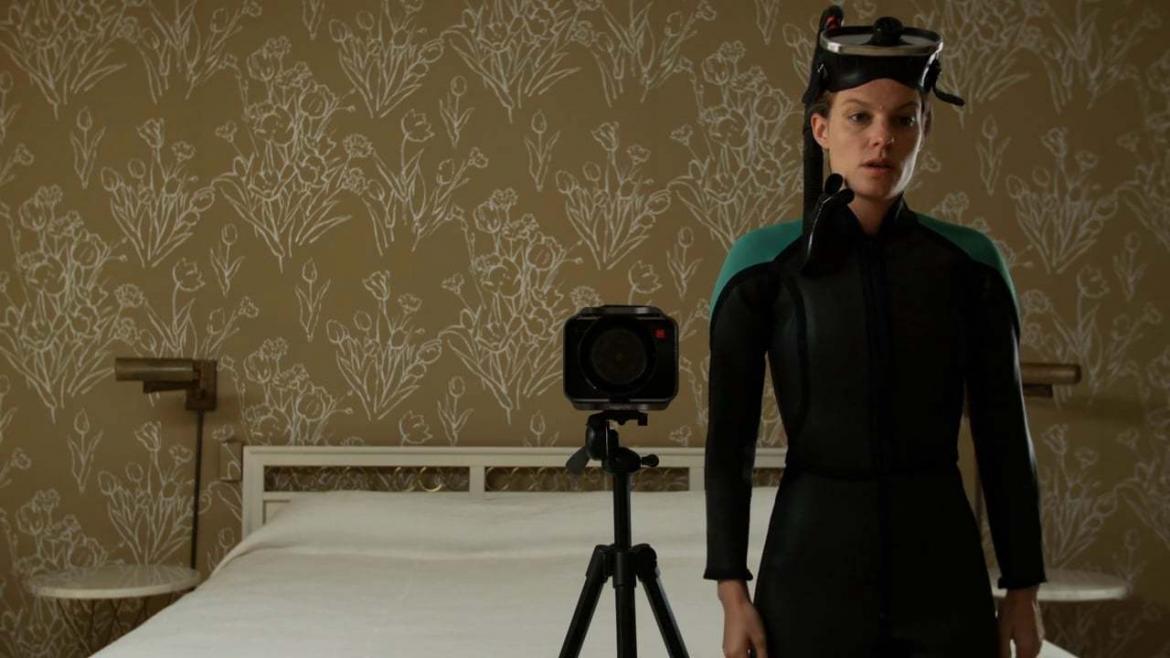 It would be difficult for anyone versed in the genre to call 2014’s The Midnight Swim a horror movie in any true sense of the term. Yet, its atmosphere, gorgeous esthetic, and unsettling acting is uniquely unnerving.

It’s established very quickly that this is a found footage film from the perspective of one of three sisters who is making a documentary about them returning to their childhood home in the aftermath of their mother’s death. If you are looking for a movie that is preoccupied with plotting this is not the fare for you.  Nothing here is explicitly presented or even expounded upon. The Pleiades are presented to us without further explanation, water becomes embryotic fluid, and the concept of reincarnation isn’t so much integrated into the story but jammed into our eye sockets without the common courtesy of a first date.  Instead, we gets scenes of the sisters dancing, talking, singing and reuniting with an old flame. They also inexplicably swim in the reportedly haunted lake behind the house, the spot where the mother disappeared during a dive into the depths that are as murky as the plot presented to us. However, this film has some really strong performances by the three leads. June (Linsday Burdge) is the peculiar documentary film maker, Isa (Aleska Palladino) is the free spirited hippy sister and Annie (Jennifer Lafleur) is the uptight matriarch of the group.

All of this sounds like the furthest thing possible from a horror movie and in many ways it is, but there is a slow building tension inherent in each subsequent frame. This isn’t a scary movie by any stretch of the imagination, there are no jump scares or even images that could possibly be mistaken for shocking or violent but make no doubt about it, this film is creepy. Многие девушки ходят по разным кастингам в надежде на лучшую жизнь, но на самом деле многие кастинги направлены на то, чтобы просто выебать очередную крошку на камеру. https://порнушка.org/casting русские порно кастинги посещают и зрелые дамы, но они специально туда идут, надеясь, что кто-то да трахнет их в письки и попки. Происходит это обязательно перед камерой. It revels in long takes that build discomfort and force you to sit with conversations or events that seem mundane but take strange and inexplicable turns that are hard to shake. In many ways, this adds up to The Big Chill directed by Roman Polanski and written for the mumble core generation.

The Midnight Swim is a film that should only be sought out by those that aren’t particularly interested in scares or lucidity yet its breathtakingly beautiful and strong performances push it above the average film.