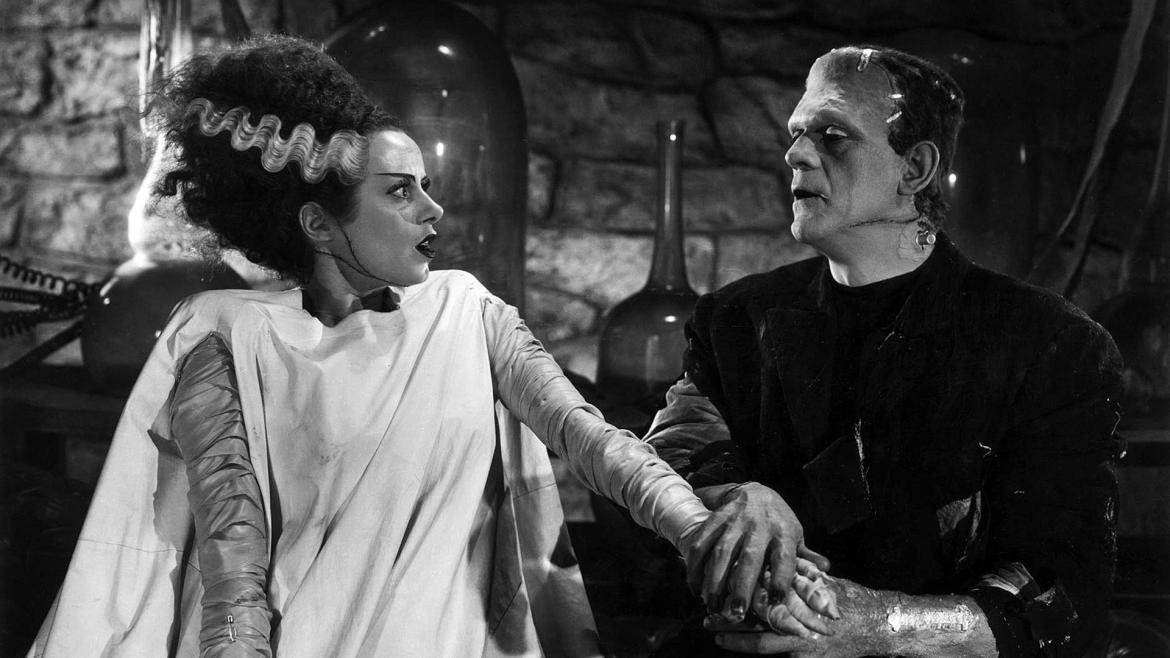 Bride of Frankenstein, the 1935 sequel to the Universal monster classic, opens with a postmodern device undoubtedly familiar to lovers of horror literature. On a dark and stormy night, we find three of England’s most heralded writers: Lord Byron, Percy Bysshe Shelly, and Mary Wollstonecraft, seated around a roaring fire discussing, among other topics, fear. It’s a scene reminiscent of the one that famously inspired the creation of the 1818 novel upon which the first film was based. During the scene, Mary reveals the story didn’t end where the original led us to believe and, much to the delight of her companions, she agrees to tell the rest of the tale.

Bride picks up immediately where Frankenstein ended. As it turns out, the monstrous creation of the mad doctor Henry Frankenstein survived. After narrowly avoiding his own death, Henry (Colin Clive) proclaims he’s out of the grave robbing, corpse-reanimating game. That is until a scheme devised by his old mentor and the monster drags him back in; a scheme to make the monster a mate.

During the prologue – which, due to some unfortunately dated views, has aged about as well as the inhabitants of many of the tombs we visit in the film. Mary opines that her story is a morality play, one depicting the consequences of what happens when man tries to play god. It’s an odd take, particularly considering the sequel, like the original, is still bizarrely attempting to portray Henry as heroic. The uncomfortable disconnect between how the filmmakers view Henry and his actions is worse in the sequel, coming to a head in a finale that sorely weakens the fictional Mary’s interpretation of her story.

The sequel does grant Boris Karloff an expanded role, once again shining as the monster. Here the creation is allowed to speak in rudimentary phrases. His pained realization that “We belong dead” is one of the film’s most iconic moments. Karloff is even able to explore the humorous side of the monster, earning laughs as the creature becomes an unlikely connoisseur of good spirits and cigars. This lighter side is prevalent in Bride, but it doesn’t always work, particularly in regards to a certain overacting, excitable, and sassy servant that is frustratingly inescapable during the film’s first half.

Bride of Frankenstein was made to fill the extra-large boots of a masterpiece. While it does feature several unforgettable cinematic moments, the result is awkward and often repetitive. As an experiment, it’s no runaway success but it’s enough to earn at least an honorable mention.