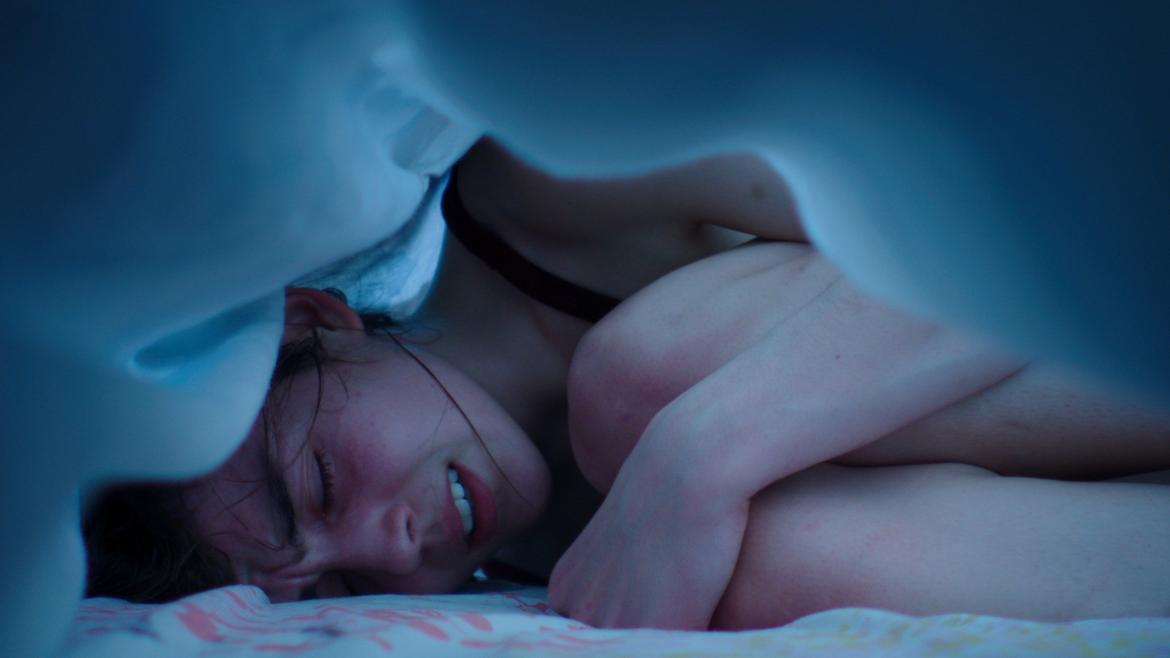 Back around '07 and '08 French horror was pummeling critics and fans alike with shocking and brutal titles like Frontier(s), Inside and Martyrs. These were the types of movies being hyped at film festivals and advanced screenings as being endurance tests--movies that induced physical reactions such as puking and fainting amongst the audience. The standard for that sort of "press" has been morphed and distorted time and time again since those "glory days" and it'd be fair to say that most genre fans haven't seen anything quite that extreme since. Then comes Raw, a feature debut from French auteur, Julia Ducournau, that has consistently been praised as a bold debut followed by reports touting fainting and squeamish audience members. However, it'd be interesting to question some of these weak stomached moviegoers as the film barely scratches the surface of some of France's most extreme horror efforts regardless of its boldness.

Similarly, when it comes to Raw, calling it bold could also just be a nice way of describing how odd it is. Even then, subjective definitions invite any number of conflicting criticisms. Culture and one's understanding of said culture could play a large role in perceptions of what is ostensibly the sexual awakening and self discovery of "rookie" vet student, Justine (Garance Marillier). Having been sheltered by her parents to this point she's beginning her stint at a veterinary college with some bizarre and--at times--cruel hazing rituals. When one of the initiations involves her, a devout vegetarian, to eat a raw rabbit liver so begins her evolution and growing appetite--both sexually and otherwise.

The themes of femininity and sisterhood (Justine's sister, Elexia (Ella Rumpf), is also enrolled at the school) are not lost amongst some of the film's more peculiar aspects. In fact, those themes are often made abundantly clear through Marillier's layered performance. There is no heavy lifting necessary on the part of the audience to connect the dots to Justine's behavioral changes--it's all there on the screen in some way, shape or form. However, some of Ducournau's artistic choices and story developments come across as underdeveloped and unearned. Raw is at its best when it plays tug-of-war with the relationship between Alexia and Justine--their bond flips between abrasive and nurturing in interesting ways. Few movies will be as daring to have such heartwarming bonding sequences as watching the pair attempt to urinate standing up.

Once it comes time for Raw to find some form of turning point, questions start to pile up. Even if the most important question is answered (sort of?) in the film's final scene, there is still an emptiness felt in the last act. When an air horn sounds near the end (teased at the beginning as the signal that the rookies are now elders) the timeline of events feels cloudy. Justine's journey doesn't feel complete in spite of the fact that we've seen a number of evidence to the contrary. The experience as a whole feels incomplete and I envision many looking at each other as the credits roll asking their movie buddy, "That's it?"

Is Raw a fresh take on the cannibal subgenre? Sure. In the end though, it doesn't quite feel as though Ducournau took things as far as she could have--both emotionally and graphically. Raw is full of striking artistry and fleshed out themes that suffers from being overblown in regards to its graphic content that'll have horror veterans scratching their head wondering what the big deal is.