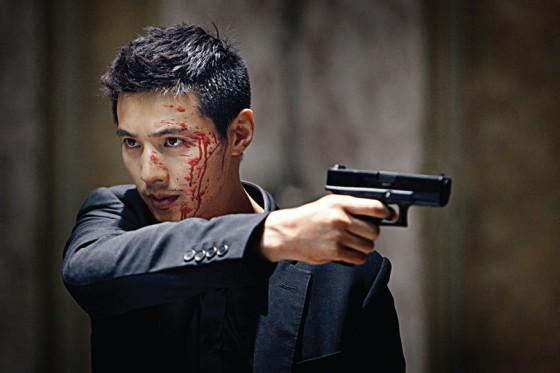 The Man From Nowhere (Movie Review)

If there’s one thing I’ve learned from watching Korean movies, it’s that you don’t want to give a Korean any reason to seek revenge on you. Whether it’s a dead little ghost girl, an unjustly imprisoned businessman or a mother with a wrongfully accused son, a wronged Korean won’t rest until they gain satisfaction. Hell, the country’s post-WWII grudge against Japan was so strong that it wasn’t until 2004 that you could legally buy a DVD of a Japanese movie in South Korea. I’m pretty sure they think we Americans are pussies because we don’t hate the Germans 60+ years after VE day.

With so many variations on the revenge picture (not exactly virgin cinematic ground to begin with) coming out of Korea, you would think that that particular well would run dry. Somehow, though, whether it’s because of the sheer amount of cinematic talent currently concentrated in South Korea right now or perhaps because Koreans are fuelled in equal parts by kimchi and vengeance, there is a consistently high level of quality to be found in SK revenge movies. The latest salvo in the cavalcade of retribution is “The Man from Nowhere”, a massive hit in its native country where it was the highest grossing movie of 2010 and won a fistful of Korea Film Awards.

Revenge movies are one of the most generic forms of genre films and I mean that in the best possible way. Stories of vengeance are some of the earliest stories in the mythic canon of humanity and for good reason – there’s a built-in emotional arc and oh so much satisfaction that comes when you see the bad guy get theirs. That’s it’s easy to forgive some of the elements of “The Man from Nowhere” that seem awfully similar to beats from other movies. The titular man is Tae-shik, a former special agent who is hiding from his past and running a dingy pawnshop in seclusion. His only human interaction comes in the form of a little girl named So-mi who lives with her prostitute/drug-addict mother in Tae-shik’s building. Tae-shik’s relationship with So-mi isn’t so much a friendship as a grudging tolerance. His strong, silent, tough-guy exterior occasionally cracks to let through a glimmer of compassion when So-mi explains in a matter-of-fact way that her nickname is garbage because her mother kicked a garbage can when she found out she was pregnant. They’re both people who have been screwed by the world and resigned themselves to their fates.

Things get worse when So-mi’s mother runs afoul of some drug-dealing gangsters. They kidnap the girl and her mother and break into Tae-shik’s pawnshop to recover a camera bag the hooker had pawned. Tae-shik comes across the thugs in his shop and, after a demonstration that his old skills aren’t so rusty, finds himself on the run from the law due to the dead body in his pawnshop and on the path of a drug lord with a very loose interpretation of child-labor laws.

So yeah, the deadly assassin/little girl relationship has been done before in movies like “Leon: The Professional” and “Ghost Dog” and the “you just messed with the wrong guy” motif is a standard in revenge flicks, seen most recently in “Taken”. It doesn’t matter, though, because a well-told tale is a well-told tale, even if you’ve heard it before. There are enough new details, such as underaged drug mules and a black market trade in organs, that give the story some new twists and the whole film is filled with awesome action beats and insanely well-choreographed camera movements. Make no mistake – this is an A level action flick that does for knife-fights what “Oldboy” did for the trusty claw hammer.

Besides adrenalized revenge, the other thing Korean movies excel at is melodrama and there’s plenty on display here. It’s well-executed melodrama, though, so the film might be shamelessly trying to raise a lump in your throat over the poor neglected little unloved girl but dammit, it works and that little bit of melodrama makes the retribution that much sweeter later on. It’s a shame that normies will lap up crap like “Taken” and make it a megahit while completely ignoring far superior revenge flicks like this one. Not to worry. We can have our revenge in the knowledge that we get to watch better movies.