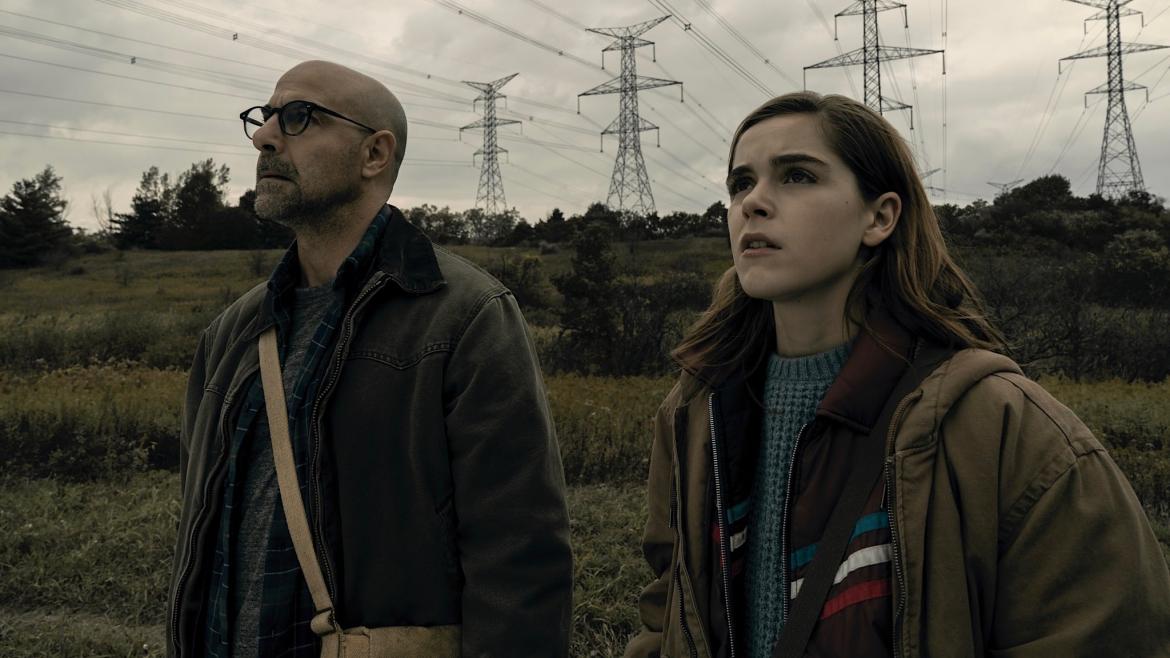 We get it, filmmakers, the impending apocalypse is no place to be having inconveniences such as hearing or sight. Unfortunate for those blessed with both that they are now subjected to the sights and sounds orchestrated by John R. Leonetti and his latest misfire, The Silence. Apologies to the Tucc, whose talents were lured and wasted on a half-hearted book adaptation which feels rushed into existence.

Many are likely to write off The Silence as a ripoff combining elements of A Quiet Place and Bird Box, not realizing that this movie's failings are not of its origin but of the minds that amassed to adapt it. The novel was published within a year of Bird Box and the film was in production well before the release of A Quiet Place. Still, the connections are hard to overcome given the film’s focus on a protagonist who is deaf and the inclusion of creatures that attack sound.

The Silence unfolds with a spreading plague of a mutated bat species (referred to as “Vesps”) that are set loose during a cave exploration in Pennsylvania. A family led by Hugh (Stanley "The Tucc" Tucci) decide to flee their New York residence in hopes of finding a place less populated to avoid the mass hysteria. They find refuge in a secluded home nestled in the woods as they attempt to learn more about the outbreak, knowing only that the creatures swarm anything making a sound. Ally (Kiernan Shipka) scours the internet for information - and checking for updates from her "sort of" boyfriend - while the family plots and prepares their next move.

Chief of Leonetti's missteps is the confused pacing, a fundamental misunderstanding of what might make this concept breath on-screen without feeling forced. As it is, the film just jumps from place to place with no narrative momentum, using its script to lazily explain what's happening with embarrassing results. At the same time, other important aspects aren't explained at all, leaving the audience to guess at things like...the passage of time, for example. The gaps in how much time has elapsed opens the film up to a number of asinine developments that further damage the viewing experience.

Commendable moments are snuffed out by the ineptitude of the overall direction and writing. Visually there's an eeriness to shots of swarms of Vesps covering the sky or sitting on power lines which conjure memories of Hitchcock's The Birds. Combined with the sound the Vesps make, Leonetti is clearly drawing from specific inspirations, but they are painted on screen with an immature sense of precision.

The last act is the final nail in the The Silence's coffin. The finale presents a group of villainous humans led by a "character" that, in concept, seems like the rejected offspring of two very specific AMC shows. The groups introduction and purpose is severely hampered by the shoddy pacing and omission of a timeline. This is a shame. With a concentrated effort to develop the possible threat this group embodies The Silence could have found a more interesting hook to tease out a theme.

A beacon of wasted potential, The Silence, sticks out like a sore thumb in the Netflix catalogue as a title hindering unsuspecting users from continuing their most recent F•R•I•E•N•D•S binge. More importantly, it's clear that this is a property that, at the very least, deserved filmmakers with a clearer vision and a more thoughtful sense of what creates and drives tension. The fact that Netflix continually raises their prices simply to unleash misfires like this is the real horror.