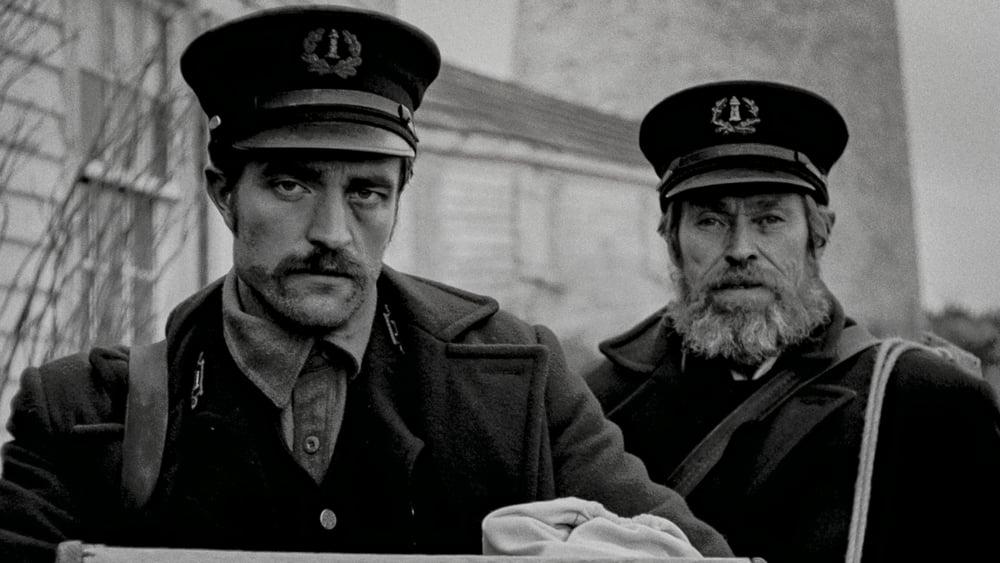 Two movies into his career it’s clear there is at least one thing Robert Eggers is passionate about; the historical look and feel of the time period he's presenting. It is also clear that Eggers cares not one iota about mainstream audiences. With The Lighthouse, the writer/director's unique vision offers a niche experience that is nothing if not singular and rewarding on each of the various layers you choose to peel back.

The straightforward synopsis of The Lighthouse is far less interesting than almost every other detail stuffed in the entire 110 minute runtime. In the late 1800's a pair of lighthouse keepers are dropped off at a New England island to begin a 4 week stretch running and maintaining the island's lighthouse while slowly driving each other mad. That's a story framework we've seen in many movies throughout the course of history, but what gives The Lighthouse lasting impact is Eggers' unique approach.

Shot in black and white 35mm, and presented in a nearly square aspect resembling early photography, Eggers' film feels like a movie recovered from the past. Though its production feels antiquated given the period its covering, the filmmaking elements have a cinematic nostalgia that movie nerds tend to remember fondly and geek out over. At the risk of sounding cliche, movies simply aren't made like this anymore. Robert Eggers has dug up a relic of an idea which is truly something special to behold even outside of the script’s pure unfiltered weirdness.

Robert Pattinson and Willem Dafoe are a one-two punch in the leading roles as they spend most of the film bickering in their respective accents. Dafoe employees a fisherman's growl not unlike how we might imagine a literary pirate would sound. Pattinson speaks as a New England farmer with a little bit of New York attitude. The pair squabble throughout, often engaging in extended monologues and occasionally dumping information which lends to the duality of what we're watching. As Pattinson increasingly goes mad the validity and reality of the visuals come into question, leading into the third act which is a showcase of both actors’ abilities.

Like The Witch, Eggers' followup relies heavily on mood, leaning closer to black comedy as opposed to a Hitchcockian suspense thriller. The Lighthouse score utilizes an ominous horn which acts as a maddening siren song throughout the film. The keeper's day-to-day is shown in glimpses from the extreme tedium of emptying bowls filled with human waste, to dragging canisters of heavy oil up winding staircases. The visuals of Eggers' film are meant to sell the hypnotic spell of a man going mad at sea, the breaking point presented in a scene folks weary of animal violence should be aware of. The underlying violence within Pattinson's character is a ghost looming over the film as a whole, but it is a force to be reckoned with in the films final act which pays off the tension building in the dark laughs (and scatological humor).

The Lighthouse is a story which could live and breathe entirely on the stage, save for some of its more hallucinatory visuals. The film is a testament to performances conveyed magnificently by Dafoe and Pattinson. Robert Eggers continues to assert his dominance as a singularly passionate voice in indie cinema that digs deep into historical truths to unearth an unmatched skill in world building.