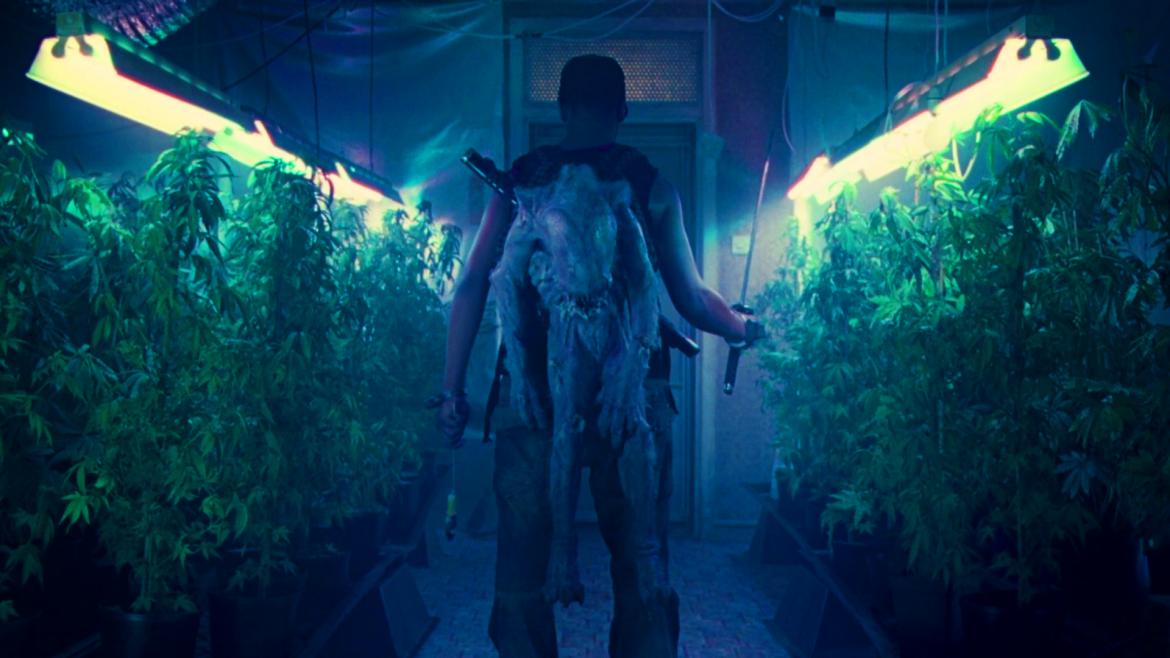 Earlier this summer, London was rocked by a series of riots in which hoodie-clad teenage thugs took the streets as what began as a localized protest about police brutality grew into a free-for-all of chaos, looting and mindless destruction. Former Prime Minister Tony Blair described the rioters as “young, alienated, disaffected youth who are outside the social mainstream and who live in a culture at odds with any canons of proper behavior.” At the same time a few US cinemas began screening a movie which starred as unlikely heroes kids much like the ones who were currently smashing and burning their way across London.

Odd coincidences aside, “Attack the Block” is hardly a political movie. It’s a rollicking John Carpenter-esque throwback featuring teenage sociopaths who would give Alex and his droogs a run for their money and one of the most iconic and effective monster designs we’ve seen in years. The film kicks off with a band of teenage miscreants mugging a young woman out alone after dark. Something crashes into a nearby car, allowing the woman to escape and attracting the attention of the thugs, who think there might be something worth stealing in the car. Moses, their leader, climbs into the car and is attacked by a strange creature. The kids kill the creature and, realizing that it’s something strange and rare decide that it must be worth some money and stash it in the safest place they know: the weed growing room of the block’s top gangsta, under the watch of their local dealer, a track-suited and blunted Nick Frost. Soon enough, it becomes apparent that the creature they killed was only the first of a wave of aliens (or “big gorilla-wolf muvvahfuckahs” as the kids refer to them) that seem to be intent on hunting down the punks, whose sense of civic pride/territoriality kicks in as they decide that it is their duty to show the monster who really runs the block.

To cut to the chase, “Attack the Block” is a blast and is the most fun I had at the movies this summer. It’s the most surefire horror-comedy instant cult-classic since “Shaun of the Dead” which shouldn’t be much of a surprise considering that it was produced by Edgar Wright. It doesn’t merely ride on the coattails of its esteemed producer, though- director Joe Cornish shows some serious chops and makes a debut so assured that it wouldn’t be premature to peg him as a future major talent. “Attack the Block” owes a heavy debt to “Assault on Precinct 13”/”The Thing” era John Carpenter, right down to the pulsing synth score. It’s never derivative, though and has a sense of giddiness and a breakneck pacing that left a big stupid grin plastered on my face from start to finish (which, at a VHS friendly 88 minutes, bucks the modern trend of overstuffed movies and leaves you wanting more).

While the movie is excellent from top to bottom, the creature designs deserve special notice. The effects are by and large practical, as well as spectacular. The creatures look like hulking, pitch-black muppets with glow-in-the-dark teeth and I mean that in the best possible way. Cornish never plays the “keep the creatures hidden” game in which keeping the creature offscreen is mistakenly assumed to be an acceptable substitute for building suspense. We get to see the monsters early on and in some detail but their darkness and odd silhouette makes it hard to process what exactly we’re seeing. All that comes through are those evil-looking luminescent teeth which tend to appear in the shadows seconds before they pounce.

The film is also populated with a fun cast of characters, from the thuggish heroes to a couple of underaged wannabees to a geeky stoner, all of whom provide the laughs and imbue the block with the feeling that this is a real place where real people live. The locales are so well-established in the beginning that as the movie progresses and the characters return to locations we’ve seen before, the audience has a clear sense of place and where these buildings and streets are located in relation to one another. One caveat for American audiences – the accents here are thick and might be tough to decipher if you don’t have much experience with London street speak. Coming out of the cinema I did overhear many people saying they had trouble understanding the dialogue (and the elderly couple next to me in the cinema did wonder out loud what “skins” meant when one of the characters was attempting to roll a joint, but that’s another issue). Overall, “Attack the Block” is pure, distilled horror-comedy joy that will almost certainly earn a permanent place in the hearts and on the dvd shelves of horror fans everywhere.