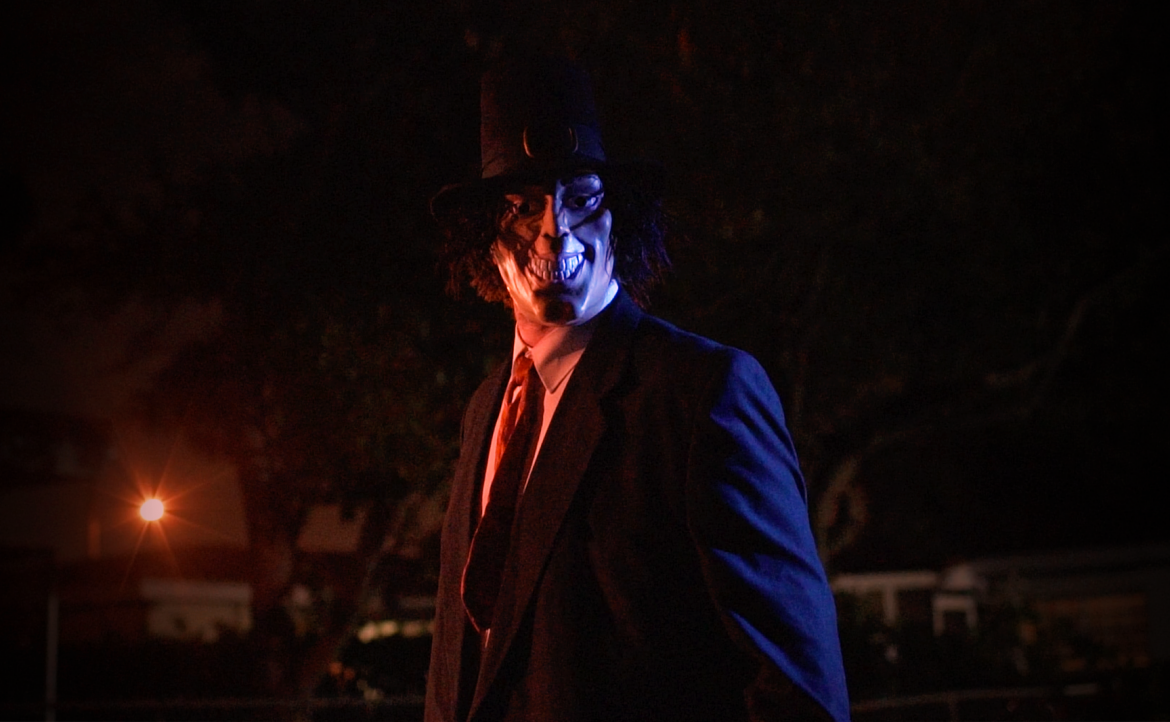 Early in Erick Lorinc’s The Last Thanksgiving a character muses, “there just aren’t any Thanksgiving horror movies.” It’s a cheeky witticism that seems to creep into more contemporary horror movies set during the holiday which is second only to Columbus Day in it’s celebration of colonialism and white violence. Would it shock you to learn this same character works at a movie theater? Perhaps not, but what Lorinc’s loving schlockfest does surprise with is the infectious charm of its ensemble and a poignant bit of subtext about found families.

As Thanksgiving morning arrives, Lisa-Marie (Samantha Ferrand) navigates nagging parents and irritating neighbors as she makes her way into a shift at a local greasy spoon. We’re introduced to the rest of her co-workers, none very happy to be there when they could spend one of their few full days with families or friends. Eddie (Branden Hoizer) works the host stand while pining over Tyler (Robert Richards Jr.). Ms. Perez and Mrs. Kim (Madelin Marchant and (Tametria Harris) are running the kitchen and Trudie (Gaby Spampinato) is waiting for her server shift to end while Mr. Pearl and Mr. Pearl Sr. (Nicholas Punales and Francisco D Gonzalez) are going over paperwork. As the staff takes a team photo and waits out their one customer (Linnea Quigley) a crew of psychopaths are making the rounds turning lonesome turkey day celebrators into meals of their own.

The Last Thanksgiving plays like a missing Hershel Gordon Lewis movie from the early 1970s. Brisk and brimming with puns, groan-inducing jokes, and gore that likely came from craft services, this is a project that knows not the boundaries of its micro-budget. Lorinc along with Todd Gibson make hay out of some creative setups as the cannibalistic family makes their way through a smorgasbord of victims, resulting in several impactful and hilarious moments. It’s not so much that the film is dripping in the red stuff. Rather, The Last Thanksgiving has the sort of confidence that allows many of the punchlines to land even if by the skin of their teeth.

While many of these elements make for a satisfying watch, The Last Thanksgiving also has a surprisingly thoughtful take on the relationship between this family of cannibals and our service worker heroes. As the film unfolds, we learn that part of what makes these individuals a target is the fact they are not “participating” in Thanksgiving. This has the sort of familiar setup we see in most seasonally themed slashers. What’s unique here though is how the film highlights the social and economic necessity for these characters to be working. It’s not just that Thanksgiving means working on a holiday, it’s that working on this holiday is basically working for free. When the motivating force behind the cannibal family is revealed, the film suddenly becomes a delicious allegory for the promise of manifest destiny and capitalism.

During the first act, killer Kurt (Matthew McClure) poses as a potential new hire at the diner. As he reaches for the handle of a kitchen utensil to use as a murder weapon he assumes it to be a knife. When the film reveals what it actually is, Kurt makes the best use out of it that he can. In many ways this is the guiding ethos that The Last Thanksgiving is working from. It may not look or sound like what you are used to but you better believe it will be just as good at removing some grey matter. Entertaining with just the right amount of social commentary, The Last Thanksgiving should make its way into the Thanksgiving horror movie canon.