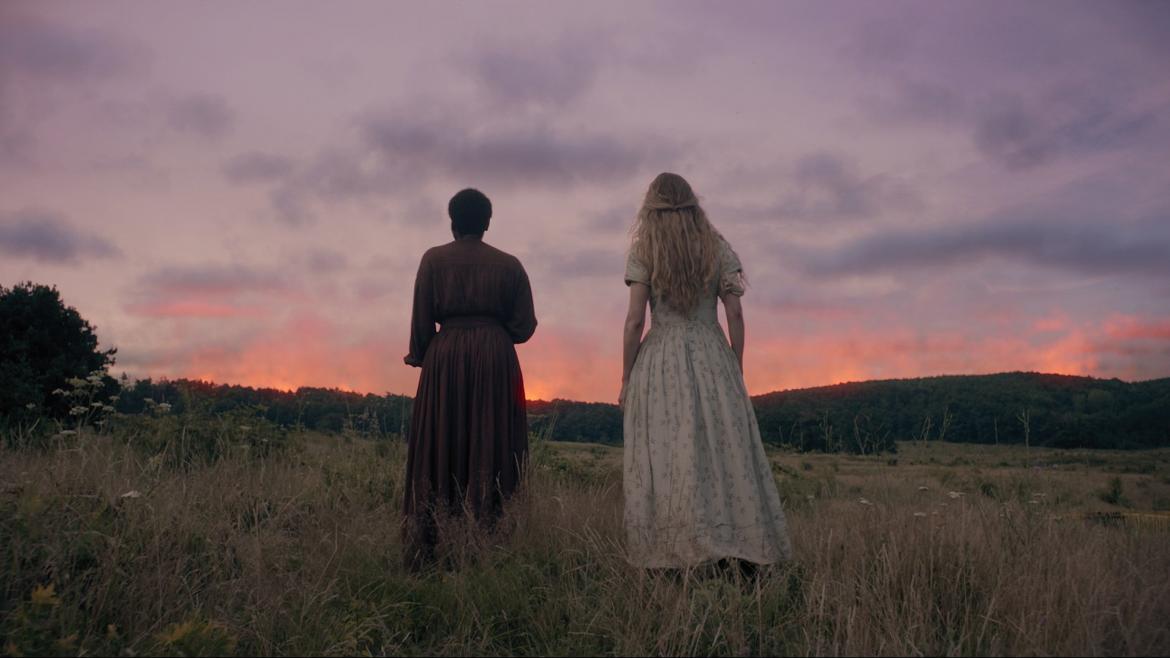 Movies set during the American Civil War almost always find men at their center. It is no real wonder this is the case, being that most (if not all) soldiers were men. These films extoll the valor, bravery, and sacrifice of the men who left it all behind, but very few stories seem concerned with the homes and families that waited for them.

Stepping in to fill the void, The Keeping Room boasts a relatively small cast for a story about  that time in our nation’s history, but sets itself apart with its three female protagonists. We find ourselves somewhere in the American South at the close of the Civil War in 1865, according to a placard in the opening moments of the film. On a stately and secluded old farm, two sisters, Augusta (Brit Marling) and and Louise (Hailee Steinfeld) are trying to keep themselves alive, with the help of one of the families ex-slaves named Mad (Muna Otaru). With no men around, the three women are clearly struggling, but making due. When a pair of rogue soldiers from the Union army ambush them one night, the women have to band together to protect what’s theirs.

The story of the women left behind is an interesting one, and one that has not really been expressed or examined much, outside of the trope of the dutiful and heartbroken woman who waits for her sweetheart to return home. Screenwriter Julia Hart is clearly interested in the way women made due, particularly around the ways that gender norms were bent and broken during this time of chaos and fear. Her desire to tell that story is palpable in every moment of her script, which was selected for inclusion on the Black List back in 2012 (of the best scripts that are yet unmade) and found its way to the screen just a few years later. In one scene in particular, Augusta and Mad discuss what it has meant for them to not have men around, with Augusta saying, with resignation and longing in her voice that she has had to learn to be a man before she could learn to be a wife. And there is no doubt that the ideas she’s toying with are interesting, but they don’t ever seem fully realized within the story. This is never more clear than in Augusta’s interactions with one of the Union soldiers named Moses (played very unsettlingly by Sam Worthington). There is a clear longing and sadness in that mixes with her fear in their interactions that feels a little put on and out of place, considering all of the horrible things that she knows he has done.

Likewise, there seems to be a narrative around race and the fluctuating relations that would have likely existed at the time within the American South, but this seems to be dropped almost as quickly as it is picked up. After a particularly uncomfortable scene where Louise, in a bratty tantrum moment, refuses to work beside Mad (calling her the N word) Augusta chides her, and the movie barely touches the subject again.

From a stylistic perspective, this film is beautiful to look at. From the long establishing shots of countryside and of the family farm, to the period clothing. Even the violence is beautiful in its brutality, the movie does not shy away from giving audiences some pretty horrifying visuals. But much of the effect of this is counteracted by the fact that the movie appears to be shot with hand-held cameras, which often pulls focus from the action within a sequence.

The Keeping Room is certainly not a perfect movie, but it is clearly striving to untangle a very complicated and often untold story, and it should be given credit for that. The performances are solid throughout (with some of the accent work perhaps coming off as a tad distracting). In a story that is all too often dominated by male voices, it is always refreshing to consider what the other half of the story might look like, and I commend this movie for going there, however imperfectly.

Beyond the Black Rainbow