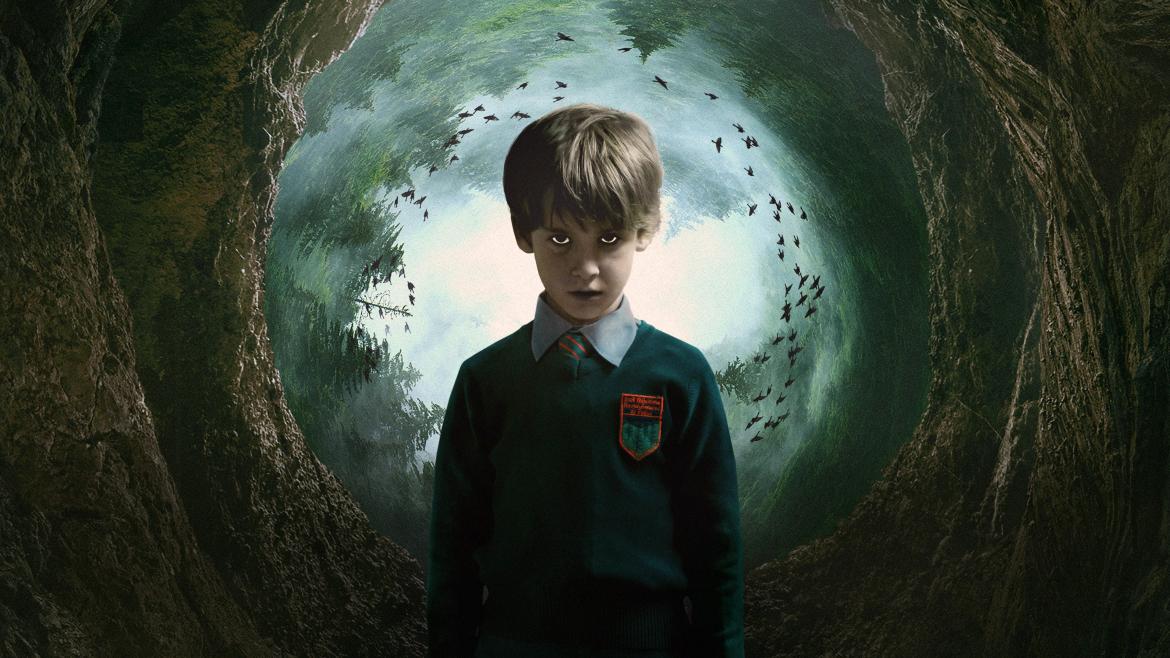 The Hole in the Ground (Movie Review)

The genre powerhouse A24 has rapidly accumulated a catalogue of challenging and downright bizarre films. Furthermore, they are not prone to the vaguery present within indie filmmaking that perpetuates contentious reactions. Lee Cronin's The Hole in the Ground falls somewhere in the middle, present vague enough themes of parental anxiety and developing mental sickness to invite spirited discussion, but is so sharp in terms of its composition that it's also impressively spellbinding.

Mining heavily from the 'creepy kid' sub-genre, The Hole in The Ground transports us to the Irish woodlands where Sarah (Seana Kerslake) is attempting to rebuild her life along with her son, Chris (James Quinn Markey). Having left a vaguely toxic domestic situation Sarah and Chris come across a massive sinkhole nestled in the woods near their new home. One night Sarah discovers that Chris is nowhere to be found in the house and worries he may have wandered off into the hole or perhaps even kidnapped, only to find him appear home shortly later seemingly unharmed. A disturbing encounter with a mumbling old woman plants the seed within Sarah that the Chris who returned that night is in fact not her son. Battling her motherly instincts Sarah begins to notice frightening behavior that suggests that something sinister has indeed replaced her child.

Cronin opens the film with a series of incredibly staged establishing shots that move so methodically that they help set a mood of unease that carries through until the end. Specially, an aerial tracking shot that slowly flips upside down is so simple that it's amazing how unsettling it feels combined with the crescendoing score. Speaking of, the score often feels like an affront given the foreboding sense of dread while the sound design aggressively punctuates each scene. The visual and sound of the sinkhole is astounding in how innocuous it should be, but Cronin has composed the film in a such a way that the combination of sight and sound becomes an exercise in potent anxiety. Fitting given the films themes surrounding crippling emotional fears that plague many parents. Still, the hole as a device itself is nightmarish in its conception as a constantly cascading mass of Earth sinking into nothingness that it almost feels like a character in and of itself, which leads one to wish that Cronin and writer Stephen Shields had conceived a more liberal path that led the characters to interact with the titular phenomena.

However, the film doesn't really focus enough on the subtle details surrounding Chris to allow the audience to key into what exactly Sarah is feeling/noticing. This could be to keep the audience at arm's length, so that we too doubt whether or not this is a mother suffering from her inability to trust and is slipping into a deep state of mental illness. However, where the film ends up brings into question the actual sincerity of that attempt to elicit doubt as Cronin's feature morphs into something else entirely. The uncertainty within the plot could be attributed to some of the editing choices, as well as curious camerawork/shot choices. Sarah at one point leaves a digital camera in Chris' room in hopes of proving her fears, which she shows to another character who looks horrified by what he sees, yet the audience is never given the chance to see what they are seeing in full view.

In similar fashion, Sarah's previous home life is never fully touched upon, and details of Chris' father are left completely in the dark. Sarah has a terrible cut on her forehead that she has covered at all times with her hair, but no light is ever shed on the cause of the full scope of the violence she was subjected to at the hands of Chris' father. In what's perhaps Cronin's greatest achievement is that his film thrives in spite of the areas it's lacking. Where the lack of development and perceived filmmaking dips would normally be glaring inconsistencies, they serve to add to the overall unease that Cronin is going for. It's only in the film's climax that the flaws begin to come to a head.

The Hole in the Ground is cut from cloth of similar shades to something like The Babadook. As a result the film certainly does not earn many points in the way of originality as far as story is concerned, but what Cronin has done here is orchestrate a familiar tune with nuanced beats and an aggressive tonal approach to make a unique little Irish nightmare.