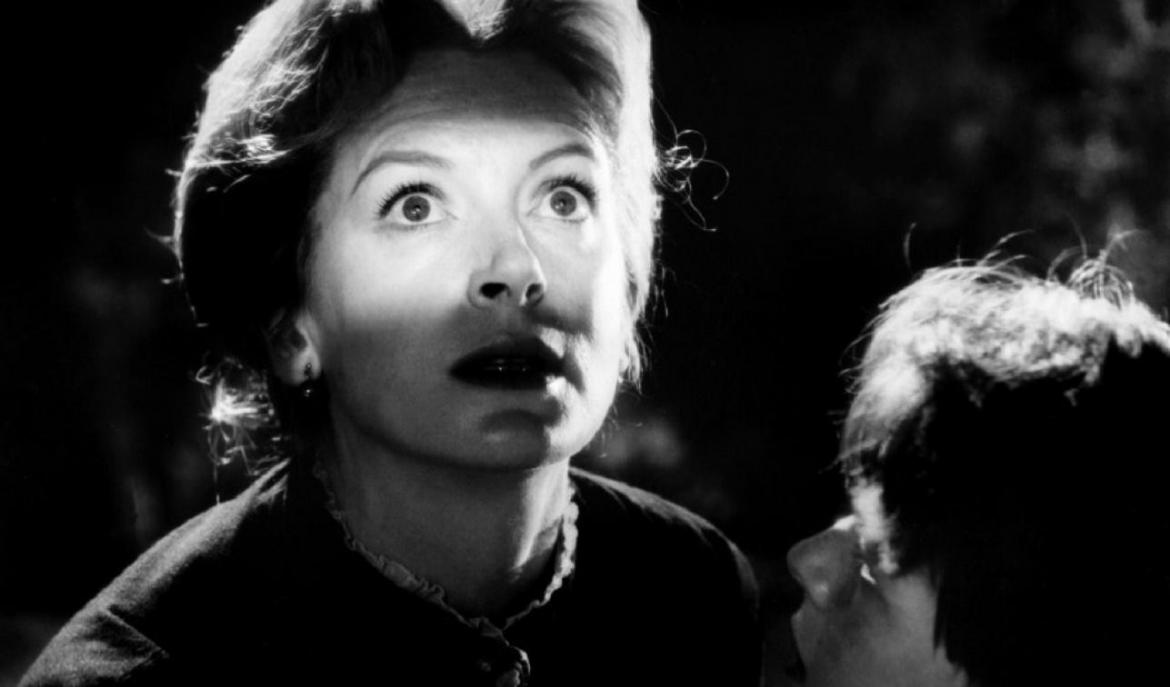 “Pretend we didn’t hear it so we don’t imagine things.”

Jack Clayton’s The Innocents has undergone a well deserved reemergence in the past year thanks in no small part to a stellar Criterion release. The film is a visionary reworking of Henry James’s “Turn of the Screw” which sets the groundwork for a number of Western Horror’s haunted houses and supernatural narratives. Filmed and directed with innovative framing, editing, and sound design, it is a seminal picture with lasting relevance. The film enacts the familiar clash between the old and remembered with the modern and mechanistic. In The Innocents the line between dream and waking, sanity and insanity, is as transient as night and day.

Miss Giddens (Debrah Kerr) is a newly employed governess hired by a wealthy aristocrat to watch after his orphaned niece and nephew, Flora (Pamela Franklin) and Miles (Martin Stephens), in a large country estate. Miss Giddens spends the day teaching and playing with the children, assisted by maid Mrs. Grose (Megs Jenkins) and a skeleton house crew. When inquiring about previous employees Miss Giddens learns a valet named Peter Quint had a romantic relationship with the previous governess. However the pair die under some questionable circumstances. Mrs. Grose finds these events disturbing but also comforting now that the children will not be exposed to their drunken, brazenly sexual  expressions. But when unexplained noises and strange apparitions begin peering through windows and from atop parapets Miss Giddens’s charge to protect the children is pushed into extreme territory.

Produced in 1961 The Innocents arrives during a brief period of British “Kitchen Sink” films that portrayed disillusioned working class youths in grimy urban settings. Clayton and director of photography Freddie Francis, having each worked on well known entries in the trend, bring a stripped down frankness to the subject matter while occasionally utilizing some newly formed realist aesthetics in their portrayal of Miss Giddens’s experience with the otherworldly occurrences. The estate where most of the action is set is simultaneously suffocating and vast as Miss Giddens finds herself surrounded by uncovered windows or encapsulated in a single halo of light from a candelabra.

Francis’s cinematography is full of contradictions. Alternating between fixed focal lengths and wide lenses as well as chiaroscuro and bright, high key lighting accentuates the supernatural by imbuing them with the so-called objective third person perspectives of the camera. This technique is impactful as the effect of these events on Miss Giddens builds to an incredible third act in which the culpability of Flora and Miles comes into question. And though it can be said there is something of a twist, Clayton cleverly leaves room for ambiguity. The third act of “House on Haunted Hill” this is not. The film doesn’t so much inspire us to consider what is real and unreal but which experience is more one of these over the other.

The richness of The Innocents isn’t exclusive to its high caliber acting and technical skills. The film seethes with undercurrents of burgeoning sexuality and transgressive pubescence. The last vestiges of Victorian reservation come splitting apart at the awakening of desire and the hedonistic push of adolescence. When asked at the beginning of the film if she has an imagination Miss Giddens replies in the affirmative. But in a place ruled by order, as mechnistic as the Uncle's obsessive tuning of his clocks, this “imagination” is at best quaint and curious. Once it is moved to the estate, it becomes dangerous, awakening the repressed with some fearsome results.

Haunting at the Beacon (The Beacon)