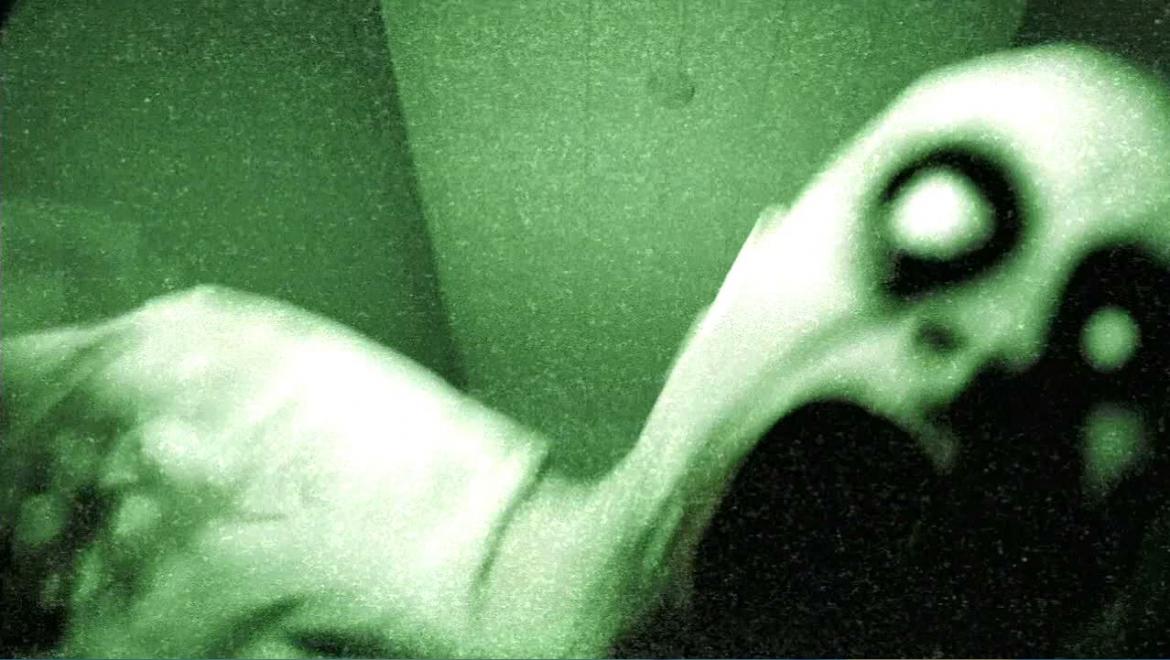 There's a very simple premise behind "Grave Encounters"… take a group of cynical, fraudulent "Ghost Hunters" shooting a terrible reality show, and throw them into a situation where they actually encounter ghosts. It's a format ripe for parody and/or satire, given the dubious nature of most of these shows to begin with. Unfortunately, "Grave Encounters" does little with it beyond the setup, and even worse, adds nothing to the found footage subgenre it so tirelessly apes.

The team, lead by their incredibly obnoxious host, Lance, ventures into an abandoned insane asylum for the night to shoot the latest episode of their show. Along the way, we how they manipulate their surroundings to get the desired effect they're looking for. This goes on for much of the first act, as we watch the unlikable crew mock each other, their craft, and their audience all at the same time. This all changes when real life spirits start to surface, and soon, the crew realizes they are trapped in an ever changing maze seemingly divorced from reality.

Aesthetically, it's hard to describe "Grave Encounters" as anything but "Blair Witch" meets "Paranormal Activity". And I don't mean that in the reductionist, dismissive way that most mainstream critics would. I mean if you take the isolated setting, shape-shifting environment, and slow descent into insanity of "Blair Witch" and mix it with the advances that the "Paranormal Actiivty" films have brought to the subgenre by way of multi-camera setups, you can pretty much picture what's happening in "Grave Encounters". The problem is, all this is done with less passion, talent and direction than either of those movies.

Every character is unlikable, which makes it fairly difficult to stay invested in what's happening to them on screen. They pretty much run around a building for an hour and a half, occasionally being startled by a loud noise, or being attacked by strange apparitions whose faces has been distorted with dime-store CGI. The implications of how they started the film, essentially being non-believers in the paranormal and openly mocking what they're doing, are barely ever mentioned again after the beginning. Because of this, the small pleasure you might derive from watching these cocky characters get their just desserts is never delivered on.

It's hard to say exactly what the point of "Grave Encounters" is. Why present a group of people so easy to mock and deconstruct psychologically and never follow through? Absent of that type of story hook, what we're left with instead are a bunch of cheap, half-baked scares ripped off from much better films.

As a fan of the found footage genre, I will tend to find small pleasures in most any film shot in this style. Here, I will give the filmmakers credit for a fairly creepy final shot. It's the kind of shot that gives you the impression that they started there and worked backwards. Other than that, "Grave Encounters" is exactly the type of film people speak of derisively when talking about found footage movies, and that's a shame.