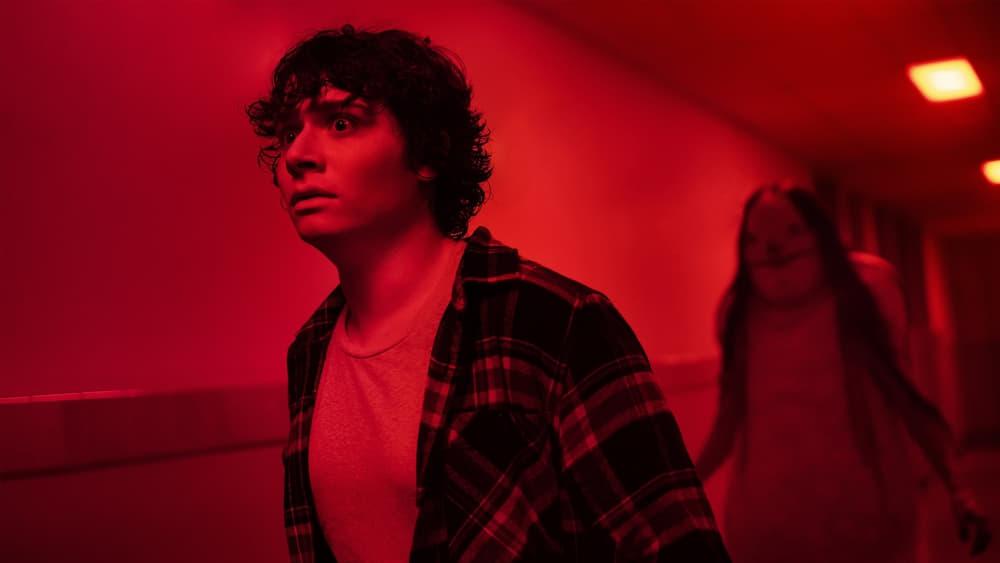 Scary Stories to Tell in the Dark (Movie Review)

In Scary Stories to Tell in the Dark André Øvredal brings the classic, traumatizing book series to screen by framing the film as a ghost story centered on a vengeful spirit who's disturbing supernatural stories come to life to drag the victims into the dark. And while the iconic monsters are of course the film's strong point, Scary Stories to Tell in the Dark fails to match the uneasy pace in-between the supernatural anomalies.

Øvredal's film places a handful of youths at the mercy of the aforementioned evil spirit, Sarah Bellows, who was shunned by her family before eventually hanging herself. Sarah was said to have read the town's children spooky stories through the walls of the dungeon in which her family imprisoned her. When Stella (Zoe Margaret Colletti) finds and steals Sarah's book of stories the spirit begins drafting new stories within the book that manifest in real life and begin targeting Stella and her friends.

Like it's source material, Scary Stories to Tell in the Dark is a perfect entry point to the horror genre for folks looking to make that leap or who are growing to appreciate the genre's charms. Perhaps even more so than the book, the film avoids being quite as visually upsetting in its representation of the monsters (maybe apart from The Jangly Man). Øvredal manages to walk a line of Amblin-esque adventure blended with horror that leans surprisingly dark at times but never loses site of the fact it's aimed at a younger audience.

Set on Halloween in 1968, the film is also destined to be a staple during spooky season even as the plot stretches beyond genre fans' favorite holiday. By embracing a sense of supernatural magic the filmmakers inject a playful amount of imagination to some of the horrific elements, true to the source material but just different enough to stay in its PG-13 rating. However, rather than letting the visuals do the talking, Øvredal relies too heavily at times on delayed jump scares which eventually become predictable and rob certain scenes of their creativity.

Scary Stories to Tell in the Dark admirably brings to life Alvin Schwartz's iconic stories as well as Stephen Gammell's traumatizing artwork. Øvredal's film serves as an encouraging entry point for burgeoning fans, one that could have used a little less downtime between frights.

Movies Like Scary Stories to Tell in the Dark