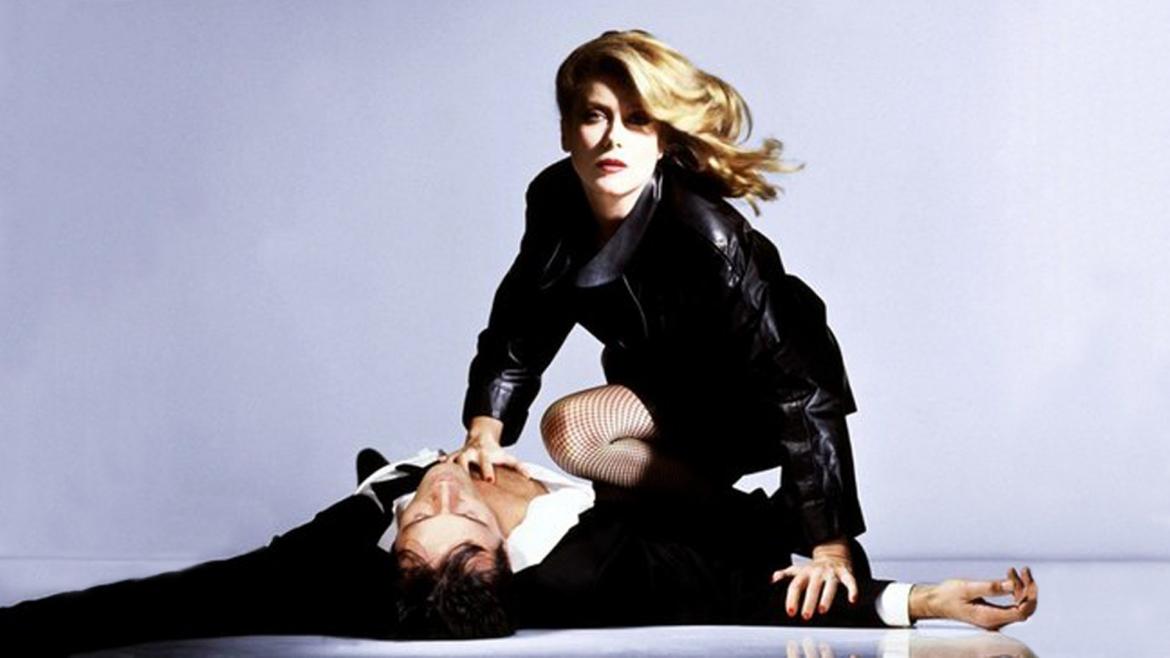 Miriam (Catherine Deneuve) and John (David Bowie) have been enjoying eternity in love together ever since Miriam turned John into a vampire. Now it is becoming apparent to John that eternity isn't all he thought it was cracked up to be, as he's begun to age at a rapid pace. In an effort to find answers, he turns to Dr. Sarah Roberts (Susan Sarandon), but Miriam has her own designs on the doctor.

The most interesting thing, to me, about The Hunger is that, unlike almost every other vampire story, its focus is on the idea of, "What if it's actually not permanent?" Numerous other iterations tell the tale of the vampire that has become unable to cope with living for an eternity for this reason or that, but here we see Miriam and John having no problem finding things to do with their forever. The examination of what it would mean for someone that thought they were freed from having to fear death to then be faced with a rapidly approaching doom (whether it is actual death or not) is fascinating. Sadly, the film diverts its focus away from that theme to, instead, present us with a lesbian vampire seduction tale, which is something that is nowhere near as novel. Given, it's done in a pretty interesting fashion here, and the lesbian vampire plotline ends up dovetailing into the story of what's happened to John, but this split leads to neither plotline feeling like it gets enough focus. This is especially exasperating considering the slow, methodical pace of Tony Scott's storytelling here. This is a far cry from the MTV, fast cut style he'd later become known for. I am not by any means taking issue with this slower storytelling, but when the film's themes don't feel like they've ended up getting their due within the film's runtime it's more difficult to appreciate the atmosphere.

Overall, The Hunger makes some interesting additions to vampire lore that I'm surprised we haven't seen put to better use since its release. It's got a lot of enjoyable 1980s vampire decadence, but it doesn't really manage to make a point (What? There had to be at least one vampire joke in here, right?)