The House with 100 Eyes (Movie Review) 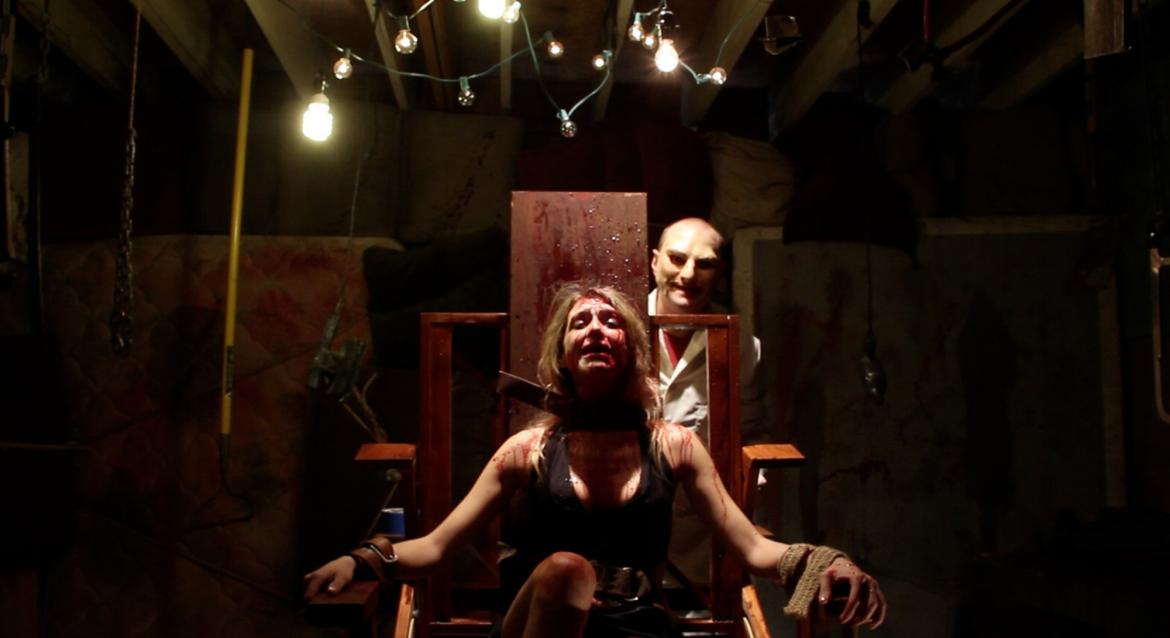 On the outside Ed (Jim Roof) and Susan (Shannon Malone) look like a typical middle-aged married couple. Behind close doors they are the embodiment of pure evil. Their joint occupation is the creation and sale of snuff films. Ed has a paper thin temper and Susan suffers from an irresistible urge to poison everyone she meets. For their next project Ed has come up with his masterpiece- three kills in one night. To make things more interesting Ed has hooked their home up with 100 cameras to capture all the action behind the scenes to give their audience some special features. However, as the night gets under way Ed and Susan's well-oiled machine begins to derail along with their already strained relationship and there's no telling who will survive the night.

At 80 minutes The House with 100 Eyes is merciful short, but the vast majority of its runtime is filled with some of the ugliest filmmaking to come along in quite some time. The joyless gratuitous violence and bare bones DIY filmmaking create a look and feel as though the film bathed in dirt and grime. Sound glitches and high-pitched screeches hammer home many of the film's ultra low budget personalities. Given the strength of the special effects, it's safe to say whatever budget their was, was put towards good use in the gore department.

This movie's biggest problem is that there is no point to the violence. Torture porn is long past its 'Best By' date and violence/torture for no other reason than to shock the audience without trying to make a statement is just cheap and tiresome. Sure the practical effects are great and the filmmakers put it on Front Street that The House with 100 Eyes was not meant to be "enjoyable," but then what is there to recommend? Why should anyone bother watching it? Even Ed's short, self-righteous, and too-little-too-late rant about what audiences want in their snuff films falls completely flat and short of satire near the end.

As an endurance test The House with 100 Eyes brings the goods to make you question why you are watching something so grim and dour. Sadly there is zero entertainment value to be had outside of how much you'll look forward to showering when all is said and done.  Even then, there may not be enough soap in the world to wash away what stains The House with 100 Eyes will leave on your cinematic innocence.