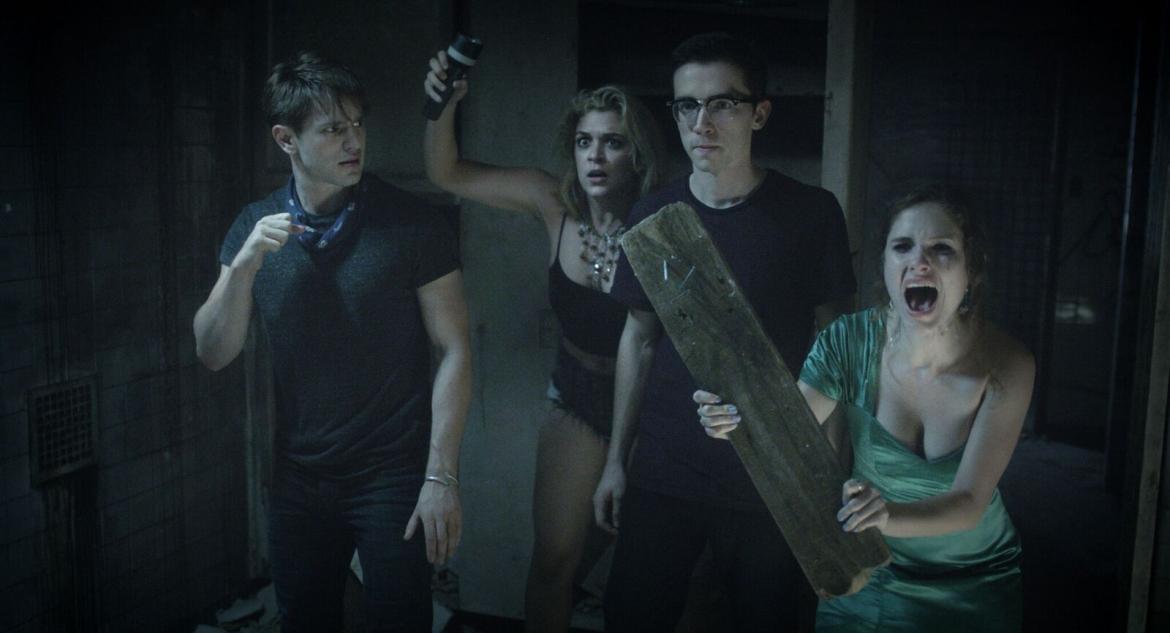 You can imagine my disappointment when sitting through The Honor Farm that at no point does honor in its literal sense play into the plot, nor is there a farm. Okay, so neither of those things is all that disappointing, but what is, is that Karen Skloss' debut for all of its fantastical dreamlike cinematography lacks anything resembling a cohesive cinematic experience.

The premise borrows from every hackneyed abandoned structure movie of the last decade--pitting a group of teens who ditch their prom to poke around an abandoned prison buried in the woods. Naturally they all act level headed and make decisions and make it home by curfew...just kidding. The group collectively take some mushrooms, summon spirits and find deep unexpected connections while tripping balls.

On paper this is the kind of flick you'd stumble upon on Netflix take it all in find it inoffensive enough to recommend it to a friend or or two and forget about within a week. As it all plays out in real time, everything aside from the visual look and feel is an absolute mess. Olivia Grace Applegare plays the anchoring character, Lucy. Most of the film parades around as a story focused on her, but dips in and out of poorly fleshed out side stories that either don't make sense or have no effect on the ending of the film.

Skloss' dreamlike imagery as Lucy fantasizes about her big night and experiences the effects of the psychedelic drugs sometimes provides just enough of a hook to pull the audience back from being disinterested in the teen shenanigans. However, the final act is such a garbled cloud of sonic chaos complete with ear deafening screams and drug induced nonense it's tough to make sense of what exactly even happened when the credits start to roll.

Perhaps with a handful of shrooms The Honor Farm might have been a life defining masterpiece. Of course, there's also every chance that by the end I'd wake up from a comatose state in a puddle of my own drool having done nothing for the previous 90 minutes but be moved to tears by a blank screen. What it boils down to is that The Honor Farm often feels like the weed soaked mind of a teenager trying to vividly recount some surreal dream their fifth cousin's best friend's sister once had.