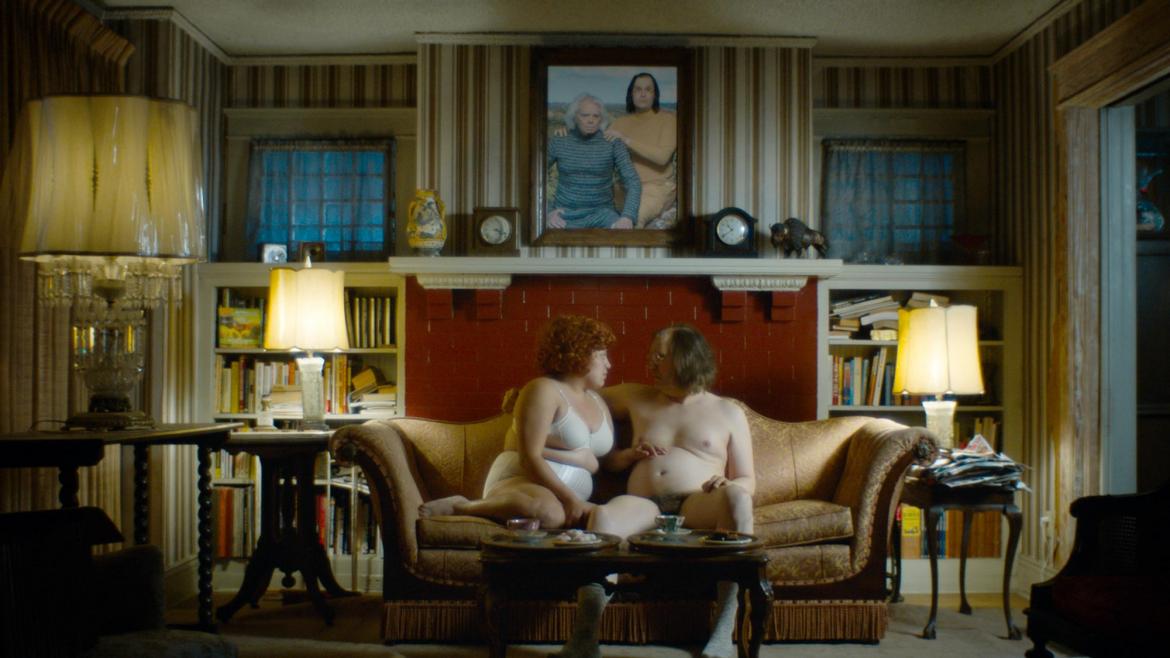 Have a giant swinging prosthetic red tipped dick in mind as a form of entertainment for the evening? Well do I have a film for you! The Greasy Strangler is a giant boiling greasy stew of disgusting sex, grotesque food and bizarre comedic characters spouting off insane dialogue. Surprisingly, it sort of works but in the same sort of way a hookworm does.

There you are, wadding mindlessly through the mediocre and brainless selections on demand when boom, before you know it, you’ve stepped in some shit. Gasp! The infernal beast has burrowed its way into you and you didn’t even know it. Before too long it’s a part of your blood and immune system, it’s impossible to be rid of it--you’re infected. Now, you’re stuck with it until you either die or you pay some doctor to sever off the portion of your brain that witnessed it.

This my miserable friends is the disgusting parasitic beast known only as The Greasy Strangler and it tells the story (if I may be allowed to call it by that by law) of Big Ronnie (Michael St Michaels) and his son Big Brayden (Sky Elobar) who wear pink tights and crotch-less pants and run a Disco walking tour. We find out pretty quickly Big Ronnie is the titular greasy strangler who covers his disgusting nude body with well, grease and stalks the evening strangling people to death. In between those scenes, we are treated to crazy dialogue (think if Tim and Eric were somehow simultaneously inflicted with syphilitic insanity) and eating of grease drenched food which begets a battle between father and son for the heart of a girl.

This is a film that highlights freaks, though it lacks the family like atmosphere of a Troma film nor the loving eye of John Waters, this is a film that wants you to laugh at them not with them. It’s a film that pulls its strange characters outward and wants you to ridicule them. Now, under a different premise that may be a problem, but these individuals are so twisted, strange and ultimately unlikeable that you can’t help but feel sort of OK about the whole mess.

In some ways, deep down I really really hate this film. Yet, I’ve also been infected with the parasite. It’s crafted in a way that makes it unforgettable. It’s a film that begs you to quote it afterwards and having watched it with someone else we couldn’t help but laugh endlessly quoting the devilish insanity we witnessed. With the right drunken, raucous crowd this could be one hell of a good time.

So if you’re looking for an unforgettable monster to get its filthy hook in you, The Greasy Strangler is your film of choice.