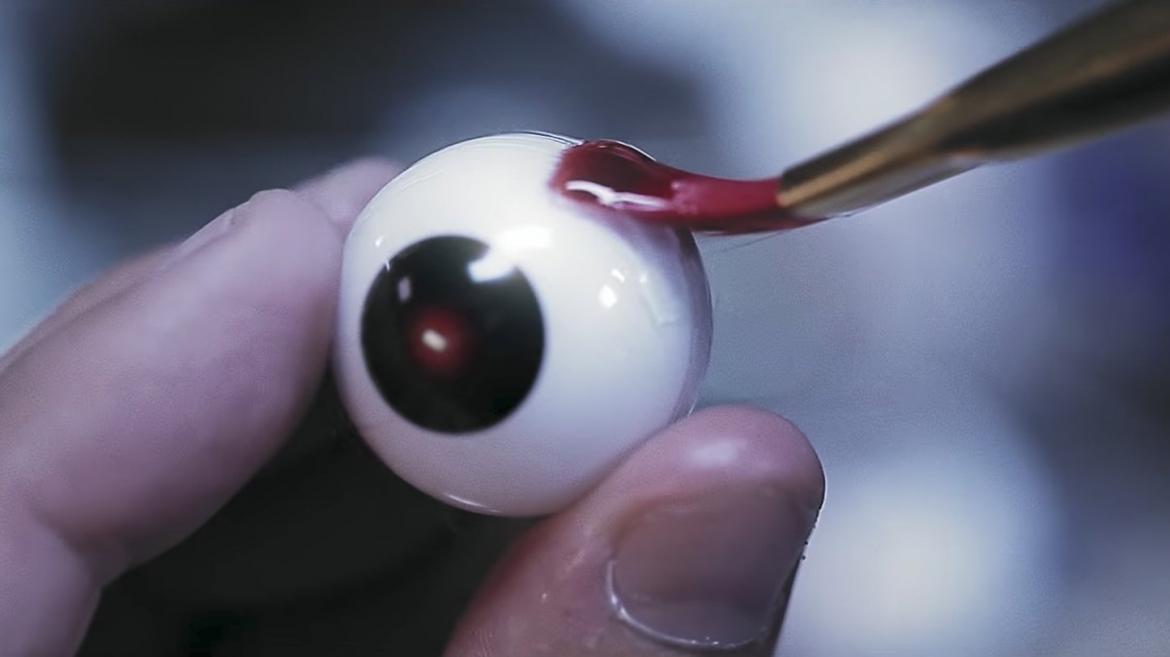 The Gracefield Incident, the latest entry into the aliens-in-the-woods subsection of the first person horror genre, has one worthwhile gimmick up its sleeve. This has to do with the idea that our main character isn’t holding a camera throughout the duration of the film, he is the camera! Well, sort of. Anyway, outside of that one piece of sadly underutilized (and admittedly logically-challenged) innovation, The Gracefield Incident seems content to follow safely in the footsteps of the movies that came before it – only with French Canadian accents.

As viewers, we witness the titular incident mainly from the perspective of Matt (Mathieu Ratthe, who also writes and directs). We see what he sees in the most literal sense because Matt has built a smartphone camera into his prosthetic eye. He does this to document a fun weekend woodland getaway that gets interrupted by a meteor crash and some otherworldly visitors. Now, forget that the eyeball-cam makes no sense (Where does that data go? Why does it glow red when it’s recording?) and is a gross violation of privacy (He doesn’t tell his friends he’s secretly recording them). It’s kind of cool. It solves the problem of always having a main character tethered to a camera and frees you up to do some unique, inventive scares – at least in theory. In practice, for some reason, the movie does none of those things. It fails to do anything creative with the eyeball-cam, incorporates typical smartphone and security camera footage, and even saddles Matt with a bulky traditional camera to lug around.

Missed creative opportunities are one thing but The Gracefield Incident is just a flat-out tough watch. Despite the film’s efforts to bestow an almost shocking emotional weight on two of its characters – Matt and his wife Jessica (Kimberly Laferriere) – everyone here remains decidedly unlikeable, particularly the group’s token insufferable millennial, Trey (Alex C. Nachi). It’s tough to say whether this persistent unpleasantness stems from the writing or acting that can be most charitably described as “rough around the edges.” Either way, it extinguishes any hope of viewers connecting with the characters and serves to make the film’s sentimental payoff more sappy and eye-rolling than stirring.

The Gracefield Incident wastes its one gimmicky chance at standing out from the first person horror pack. Instead, it falls back on the familiar trappings of the subgenre, cementing its place as just another alien movie, just another shaky cam movie, etc. The film’s struggles are amplified by its badly overmatched cast, crew, and, worst of all, effects budget.