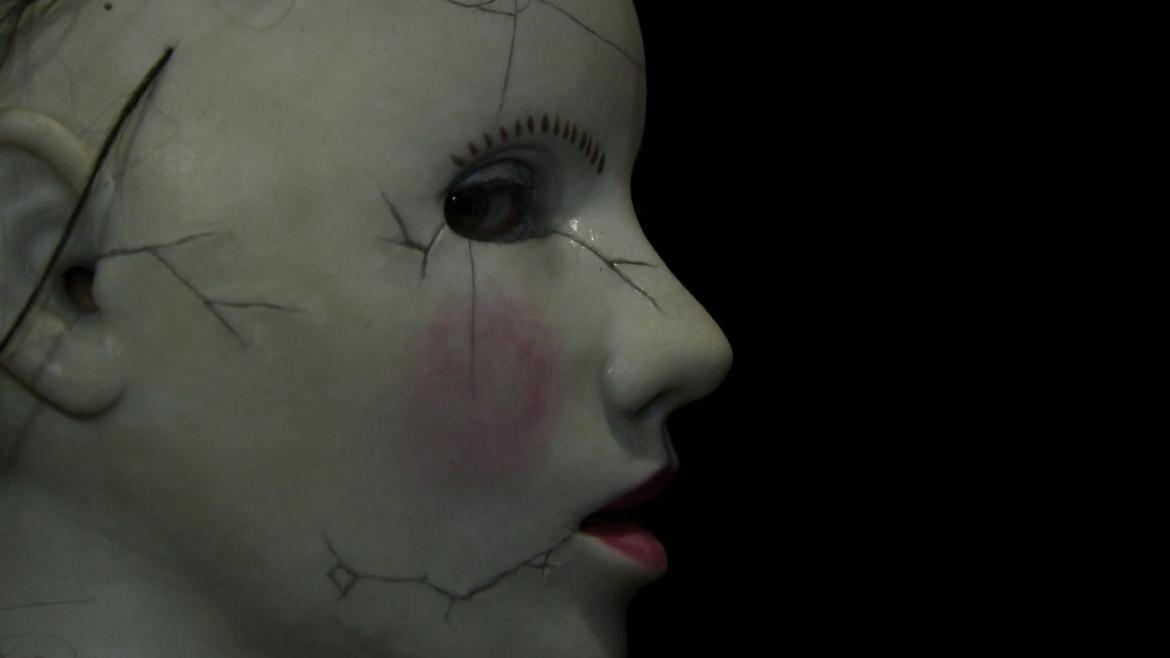 The latest found footage horror feature The Houses October Built is a film negotiating the kitsch, near camp of many American Halloween traditions with the high realist aesthetics of found footage. Directed and co-written by Bobby Roe the film tells the story of a group of five friends who embark on a road trip to find the most extreme haunts “in the world” (or the American South). After the prerequisite raucous partying the group begins to hear rumors of an underground organization called “Blue Skull” that orchestrates the most terrifying haunt in the country. But after being stalked by haunt performers and receiving cryptic messages the group soon realizes they might not want to go as far as “Blue Skull” will take them.

The Houses October Built draws from some well established horror narratives. The search of elicit, hidden experiences (think John Carpenter’s Cigarette Burns or Roman Polanski’s The Ninth Gate) allows the film to skirt some of the more irritating found footage tendencies. The motivations behind incessantly, uninhibited recording and sudden camera angle shifts are dealt with convincingly or are at least easier to accept.

With a delightfully verbose title recalling some of the greats in the B movie canon THOB provides a solid number of tense set pieces. The scares and overall creepiness of the film are accomplished with a resourceful bit of low budget conviction. Characters in costume either stand still, gaping at the camera, or perform odd sorts of twirls and dances. It’s a technique that when first witnessed is a bit pat. But with repetition it begins to build some quality affect resulting in a few memorable sequences of deep unease with a few cheap jump-scares (for a movie about haunts what would it be without them!).

But as the film progresses the lone female member of the group, Brandy, quickly becomes the preferred victim of much of the torment. The camera finds her anxiety, shock, and fright more than her male companions. Threats of rape from hardscrabble hillbillies are the film’s least savory attempts at shocking its audience. Into the film’s second act Brandy has undergone not only verbal but physical sexual harassment that provides the male characters an object to protect. American Horror’s history of dangerous misogyny is mitigated partially by the Final Girl construct and many filmmaker’s abilities to subvert generic tropes. The finale of THOB denies any sort of retribution to Brandy.

Though presenting some effective scares and working well within the constraints of found footage, The Houses October Built relies on some classist perspectives and some of horror’s more exploitive tendencies.

Paranormal Activity: The Marked Ones