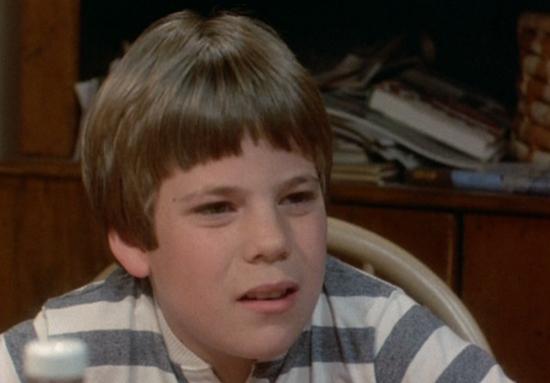 I was rifling through the bargain bin at Walmart the other day when I came across this lost gem on DVD. For only 5 dollars I knew I couldn't pass it up. As I began to think back on my own memories of the film, I realized that it would be the perfect choice to conjure up from the depths of the 80's for the site. So with that I bring you my review of "The Gate."

"The Gate" surrounds a family of kids who are left to their own devices while mom and dad are out of town. All seems to be going well until the youngest boy and his best friend get into a bit of trouble. You see, they take a heavy metal album and (gasp!) play it backwards. The ensuing chanting created by the backwards song opens up a gate to hell in their backyard, which eventually begins to spew out mini claymation demons. That, in a nutshell, is the basic premise of the film.

Only the 80's could have bore an idea this ridiculous. I can hear you sitting there saying, "But wait a minute, people summon demons by playing 80's metal records all the time!". True, but to my recollection this is the only movie about it. Seriously though, There is just so much "80's" going on here that I almost found it hard NOT to like this movie. If it wasn't that chick with the Flock of Seagulls haircut, than perhaps it was watching a young Stephen Dorff embarrass himself on screen as a chubby little 10 year old. Beyond that though, there was just such an irreverence and so many (unintentionally) hilarious things here (including the line "You mean you were serious about all that demon stuff!) that "The Gate comes off as sort of endearing. And I haven't even gotten to those cute little demons yet.

In the annals of horror movie history, the villains here (ie tiny little skipping demons) will have to go down as being some of the coolest. They're brought to the screen via some cool stop motion (oh how I love thee), live puppetry and even the occasional forced perspective shot. You've also got to give props to the giant demon that pops up at the end, and the kick-ass gore bits that are sprinkled throughout the film. While never really scary, the picture also manages passable suspense and a decent amount of atmosphere.

Honestly though, your enjoyment "The Gate" is going to hinge on one thing, and that's whether or not you're able to watch movies that revolve around KIDS. Admittedly I was a bit peeved from time to time myself, but I know there are those out there that would rather have their fingernails pulled out by pliers than watch a horror flick where the kids are the main characters. For those amongst you I would refer you to the nearest hardware store because this entire production has a very "kiddie" tone to it. Although, I will say that 80's "kiddie" was considerably more hardcore than "kiddie" by today's standards... My other complaint is that while the film runs at a brisk 85 minutes, there isn't any demon action until approximately 45 minutes in. Then, they're only onscreen briefly until they disappear for what amounts to a false ending. Essentially the third act is needlessly broken up into two parts and it really messed up the whole flow of the film.

Complaints aside though, "The Gate" is one of those flicks that is definitely worth dusting off from the vault and giving a spin on DVD. If not for the terribly amusing puppetry FX, than for the simple thrill of witnessing the travesty that was crimped hair. While it didn't live up to my childhood memories, it ended up being a serviceable monster movie that is perfect for a rainy afternoon.