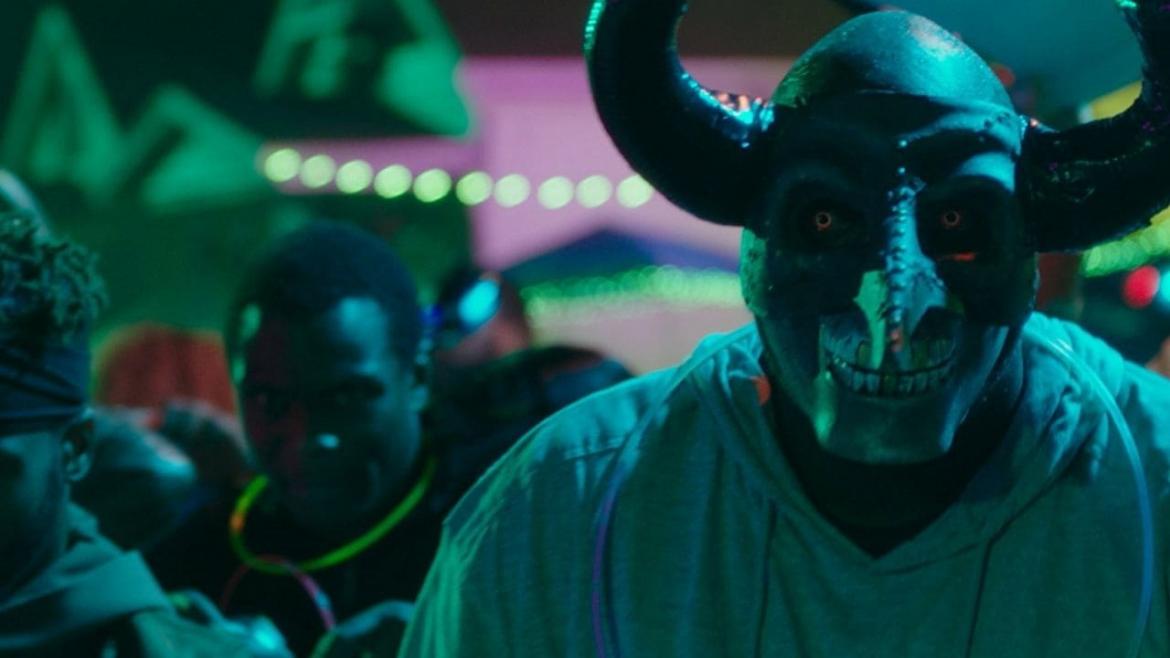 Most popular horror film series find their niche. They hit that sweet spot where the filmmakers and producers can just sit and work on pumping out sequel after sequel until the money train derails wiping any possibility of a creative or interesting take on the franchise from coming out for a decade. The Purge series has taken a different approach entirely.

The First Purge tells the story of, you guessed it, the very first Purge. In the near future, Dr. Updale (Marisa Tomei) and a few pale, doughy politicians convince Staten Island to take part in a social experiment which happens to be the Purge. The experiment offers the residents $5,000 to anyone that stays and greater incentives if they decide to take part in any “extra activities.” This is a honey pot of course for the mostly underprivileged minorities that call Staten Island their home and many fall for it. And many don’t choose to leave or, for various reasons including family, financial or otherwise, remain behind. This sets the tone for The First Purge to be the first film in the franchise to finally make the point it had been weakly gesturing at for three previous films; and it chooses to do so with all the force of a wrecking ball loaded with dynamite.

Some will find it over the top. After all, there’s scene after scene in this film of men dressed liked Nazis and KKK members massacring and being massacred in the run-down hallways of the ghetto. But that’s sort of the point. Director Gerard McMurray has finally helped the franchise live up to its promise of approximating a Carpenteresque grindhouse film. One with some defined message. One that leans full body into that message. And one that relentlessly uses a sledgehammer to drive its points home. Film needs this type of politically minded, rough and visceral filmmaking.

Of course, this isn’t a perfectly executed film. Subtlety is not to be found within a mile of this film. Its message is loud and clear to anyone who happens to pass a screen with it playing for more than 42 seconds. There’s an abundance of CGI blood that isn’t always particularly well executed, and the action is plagued with quick cuts that undermines the choreography. But for this type of film, you’re in it for the rapid action, violence and exploitation filmmaking with a message or you aren’t. At the end of the day, The First Purge is a hour and thirty-eight minute CGI blood-soaked choir preaching. I enjoyed every moment.