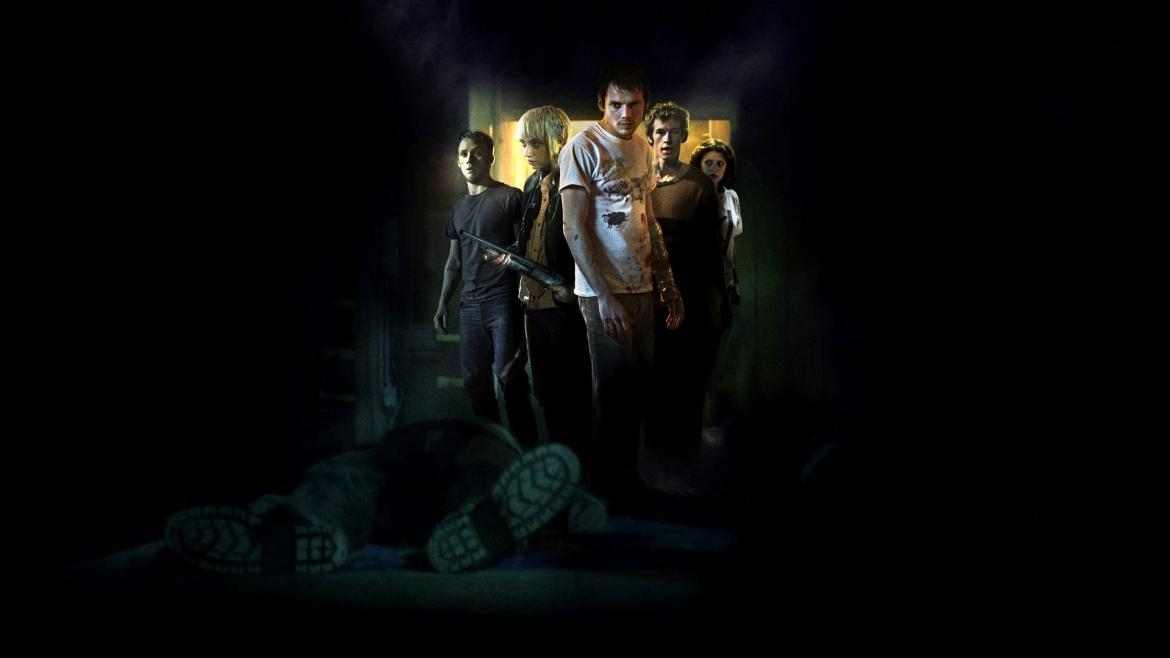 Viewers of writer/director Jeremy Saulnier’s films know that delivering traditional stories in the typical way is just not his bag. Green Room completes what Saulnier has called his “inept protagonist trilogy” which started with the release of Murder Party in 2007. The two films are bridged, of course, by his indie darling Blue Ruin, released in 2013. Unlike the “anti heroes” that have been popularized by shows like The Sopranos and Breaking Bad, Saulnier’s characters are often sympathetic to a fault, they are just in way over their heads.

In Green Room, our inept protagonist(s) are a small-time punk band that make a point of creating their art while remaining off the grid. The Ain’t Rights are currently on a cross-country tour and trying to make their way back to Arlington, Virginia, from the West Coast, booking gigs for travel money and siphoning gas when they have to. Strapped for cash and hurting from a cancelled gig, they agree to play a last-minute show at a secluded skinhead bar that pays a flat $350 minus their bar tab. The show goes just fine, especially considering that they decide to open with a cover of “Nazi Punks Fuck Off,” but when they see something they shouldn’t after their set, the Ain’t Rights find themselves trapped in the club’s green room.

Unlike Blue Ruin, which depends almost solely on its protagonist, played by Macon Blair, (who has worked with Saulnier on each of the titles in the trilogy), Green Room’s script is brought to life by a large and exceptional cast, including Patrick Stewart playing totally against type as the leader of the Skinhead gang. Stewart is joined by Macon Blair, Mark Webber, Eric Edelstien ,and Kai Lennox. The Ain’t Rights are nothing to be scoffed at either, played by Anton Yelchin, Alia Shawkat, Joe Cole, and Callum Turner and the band is joined by one of the club members, played by Imogen Poots. The visceral chemistry between the actors makes all of the action and emotion that is packed into this script absolutely crackle.

Speaking of energy, critics and audiences alike have commented on the tension that permeates this entire film. The anxiety vibrates and hums through every minute, and once it ratchets up it doesn’t come back down again until the final seconds. Much of the anxiety comes from the stellar script (Patrick Stewart felt it on his first read, during which he set the pages down, ensured all of his doors and windows were locked, and poured himself a glass of scotch just to finish) but is aided by Saulnier’s deft direction. This is perhaps the most clearly demonstrated by the way he portrays the film’s violence. Green Room isn’t nearly as violent as most horror films, if we’re talking quantity over quality, but it is in this balance that the film is able to create some truly horrifying scenes. In the first act of the film, the violence is all shown to us. The shots are quick, but each seems to come without warning and almost every first shot cuts away, only to cut back a second time. The visuals and practical effects are brutal and will certainly stick with you. From here on out, however, a majority of the violence is not shown, or is obscured by darkness and shadow, but it packs no less of a punch. At the end of the film, the gory and horrific scenes we witnessed early on will be what stands out and, in some cases, may be how we remember all of the violence. Saulnier has said it was his aim to not glorify the violence at all, but to show that brutality only begets more brutality and that no one gets away unscathed.

Briefly, I have to note the elephant in the room. Between the time that this film left theaters and the time that it was released on  DVD and video-on-demand, Anton Yelchin tragically passed away. There is no denying that this fact will likely affect future viewings of this movie, and it did mine. Watching a movie in which just about every character has to grapple with their mortality and come to terms with the potential imminence of their death certainly hits harder when one of those actors has since died suddenly. Yelchin was a talented actor, gone too soon, whose loss will surely be felt.

Green Room is as close to perfection as an indie thriller can get and will certainly be remembered as a stand out among this year’s titles. It also represents a wider release for Saulnier, who is gaining recognition and followers with each new movie. This reviewer, for one, can’t wait to see what he does next.

For the Sake of Vicious (Fantasia Film Festival)