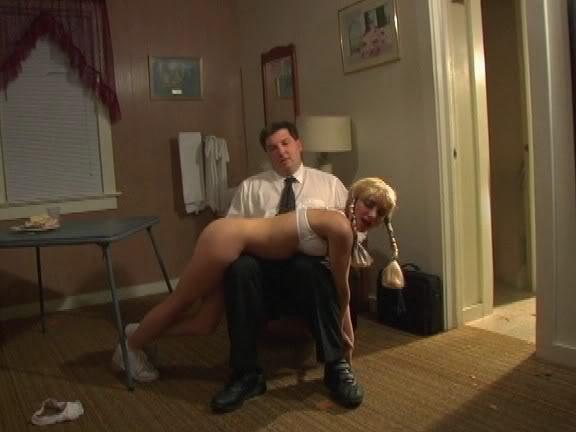 Sometimes trailers tell you a hell of a lot about what your feature has in store for you. If you combine your impression of the trailers preceding the film with your expectations of a title like “Blood and Sex Nightmare” you could save yourself an hour or so. But if you are at all like me, you carry enough admiration for a straightforward approach and the promise of poorly lit boobs slathered in corn syrup that you’ll press-on.

Amy is a prude who’s just returned home from a funeral. Her boyfriend Nick is a dimwitted chode with a case of blueballs as old as their relationship. Nick decides that the perfect tonic for his bereaved, sexually fragile sweetheart is a sex retreat. Far from a swingers club or a Hedonism styled pleasure exchange, this camp proves to be just a group of cabins in the woods where already partnered sex-enthusiasts indulge themselves indoors.

Upon arrival Nick and Amy meet Walter, a soused old groundskeeper with a perpetually pulsating pecker. Walter has a business relationship with Felix. Felix is the ghostly asthmatic genital mutilator of Camp Screw-Your-Familiars. Amy is of course, a spiritual medium whose powers only become known to her when she starts to have nightmares about Felix. One night after a vision of Felix interrupts his blow job, Nick storms off and Amy is left looking at herself in the mirror for several hours. This somehow allows her to piece together the whole of Felix’s story. Nick gets laid, the girl he’s boned gets killed, Amy and Nick flee, either Nick or Amy dies (don’t want to ruin it for you), and the killer disappears for two years until some kid tells the story around a campfire. The End

This film is kissing cousins to “The Bloody Ape”. It is the slightly less ugly cousin of that film but there’s no mistaking the pedigree. To put a fine point on it, both movies belong to a special category of east coast shlock-fest; these films make few winks or apologies for their dreadful quality and always try to deliver exactly what their titles imply.

If you are an HG Lewis fan or have a special place in your heart for the catalog of Something Weird Video, “Blood and Sex Nightmare” may strike some nostalgic keys for you. It taps a tradition that dates back into the early sixties and holds fast to its strong regional horror feel. Additionally the camp elements are executed with enough show to convince the viewer that the filmmakers really loves the genre, albeit in a high school fan film sort of way. There are several handfuls of memorable mams, a bounty of blood splattered bald beavage, severed shlongs and a guy with a GG Allin shirt and provided you don’t care about things like framing, lighting, and appropriate depth of field, you will probably enjoy these aspects of the ride.

The word “Nightmare” in the title eludes not only to a plot device but the experience of having to watch Andy McGuiness pioneer the craft of dimensionless character rendering. Even bad movies have to show enough sense to cut bait when they're fishing with the wrong worm. Andy McGuiness as Nick is the wrong worm. Of course the option to cast Bruce Campbell is not open to a film with this budget but a can of Campbell’s soup with a face Sharpie’d on it would have given Nick greater depth.

Overall it is difficult to fault “Blood and Sex Nightmare” for being bad as that is precisely what it aspires to be. But as with any kind of movie one has to determine whether or not this is your particular flavor of bad. Fortunately, the title and the preceding trailers should give you all the info you need to make the call.