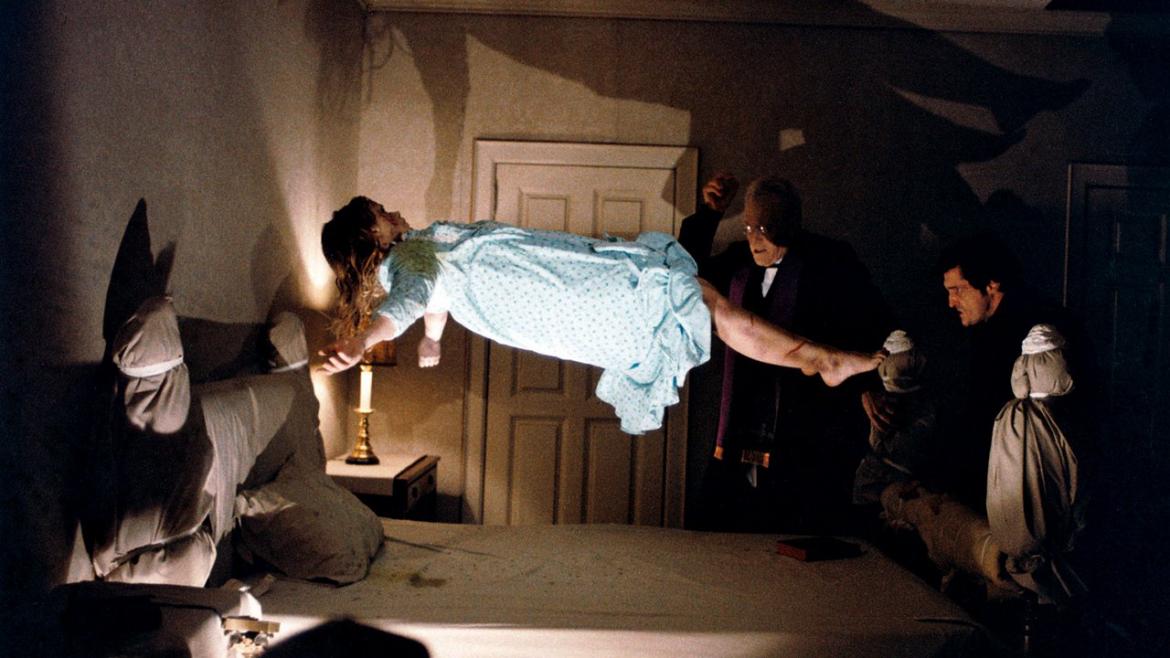 What can be written about one of the greatest horror films (if not one of the best films more broadly) of all time? What can be added to the conversation that hasn’t already been said?  Quite possibly nothing, and so that is not what this reviewer will seek to do.

The Exorcist has been praised and excoriated by critics, academics, and religious leaders since its release in 1973. The film has drawn intense reactions from the day it came into theaters. Everyone has heard the stories of audience members fainting and having to be removed from the theater at original screenings of the film. In his review, released the day after Christmas in 1973, Roger Ebert gave the film 4/4 stars, but even he wasn’t entirely sure why people were seeing it, “I am not sure exactly what reasons people will have for seeing this movie; surely enjoyment won’t be one, because what we get here aren’t the delicious chills of a Vincent Price thriller, but raw and painful experience.”

Even for modern audiences, who have largely been desensitized to many things from violence to coarse language, it is not hard to see how this movie has enjoyed the staying power that it has. Adapted from the William Peter Blatty novel of the same name, The Exorcist builds tension in a slow and deliberate way that we rarely see done as expertly as it is here. The early clues that something might be amiss in the old Georgetown house where Chris O’Neil and her daughter Regan are living are far enough apart that we easily brush them aside, just like Chris does. They slowly build in the back of our mind, until it becomes impossible for us or for her to ignore.

This movie is also a triumph of visual effects. Watching the exorcism scenes is visceral in a way that few movies made since have been able to capture. The sight of the actors breath in the chilled room, the lesions on Regan’s face, and of course the pea green vomit seem closer somehow, the television screen acting as an entirely permeable barrier that feels far too flimsy to keep us safe.

In the years that have followed, William Friedkin’s film has been satirized and cheaply mimicked into infinity, but the original remains a masterful feat of practical effects and storytelling. When it comes to The Exorcist, accept no imitations (and keep away from Ouija boards!).