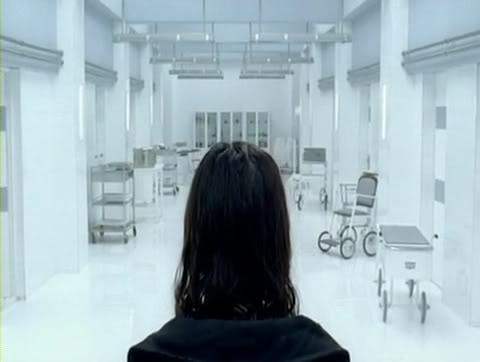 First, a confession, I did not have Pascal Laugier’s “Martyrs” on my list of the top 25 horror films of the decade. Flog me if you will but for a film with its provocative bent and savage reputation, it felt too polished and grossly under plotted (even for a film trying to make room for lofty metaphysical ruminations). In the interest of total transparency, I did not like “Trick r’ Treat” either, it just made me wish I was watching “Creepshow” and skipping the poor imitation. Alright, that last admission has nothing to do with Pascal Laugier’s 2004 thriller “House of Voices” aka “Saint Ange”. So, let’s move on…

1958, Anna arrives in the French Alps to help clean an orphanage that is closing after the mysterious death of a child. As the house is being boxed up and the kids loaded onto buses, a young girl runs over to Anna and tells her to beware of the “Scary Children”. After the staff and youngins leave, Anna, longtime housekeeper Helenka, and longstanding resident Judith are alone in the vast mansion. Judith has been at the orphanage since she was small child; now a young adult, she is too old to be adopted out like the other children. Because of her compromised mental state she is kept drugged and coached into regression by Helenka and the Headmistress.

There are many secrets at the St. Ange Orphanage and at first it seems a good fit for Anna, who has a few hidden scars of her own. Eventually though the spirits of the house’s lost residents,(the aforementioned scary children) start to reveal things to Anna. She quickly unearths the story of a group of 300 kids who were brought to the home as refugees during WWII. Anna and Helenka butt heads over the fate of these kids and the former becomes increasingly convinced that the refugee children were used as subjects in a gruesome experiment. Anna quietly weans Judith off of her meds and the two strive to discover the truth about the dead orphans.

One thing that I did really appreciate about “Martyrs” was its depiction of revenge and how it perpetuates cycles of victimization. The choice to have main characters driven by pain and blind vengeance undermined the audience’s ability to identify clear roles and choose sides early on. “House of Voices” uses the same character strategy and traffics in deliberate ambiguity in order to develop tension. This is a very difficult thing to pull off but Laugier chooses his shots well and backs up the performances with phenomenal sound design and gorgeous, often excruciating close-ups. These close-ups and the high gloss of Pablo Rosso’s cinematography never include rote lighting schemes or cartoonish, sanitized visuals.

One emerging directorial signature for Laugier is creating images of idealized feminine beauty and then systematically tearing them down. For my money it works better here than it does in “Martyrs”. In fact almost all his devices, save the gore, work to greater effect in “House of Voices”. The biggest reason for this is that the ‘Voices’ story is much more compelling and austere, and the film never sacrifices the story’s momentum to indulge gore and brutality.

All this is not to say that the film is perfect. The strong sound design is nearly undone by some awfully heavy handed musical cues. Throughout the film the score is either too emotionally leading or it is being used to ramp up weirdness where it isn’t necessary. A second issue is the performances (outside of lead actress Virginie Ledoyen) which are spotty at best. And finally there is a smaller issue for genre buffs. Though this film predates “The Orphanage” by two years, there are enough similarities to make comparison hard to avoid. In my opinion Laugier’s film is slower but more sinister than “The Orphanage” and represents a bigger challenge with a greater reward.

I should acknowledge that this film may very well be a love/hate candidate. The set-up is not inventive and the term slow burn is very much applicable. That said, having a reasonably solid story with good subtext as the vehicle and a driving air of all-encompassing mystery to back that up really worked for me. It is a narrative puzzle with enigmatic characters; it is also a sophisticated exploration of the smoldering legacies of violence. There are many questions posed and few of them are answered definitively. After watching “Martyrs” I wasn’t sold on Pascal Laugier’s ability to pose such questions and still tell a story successfully. After viewing “House of Voices” I am certain he can do both. I am also convinced that he is a highly skilled director with a deft touch for mixing beauty, suffering and secrets, and I’m anxious to see what he does next.