The Evil Within (Movie Review) 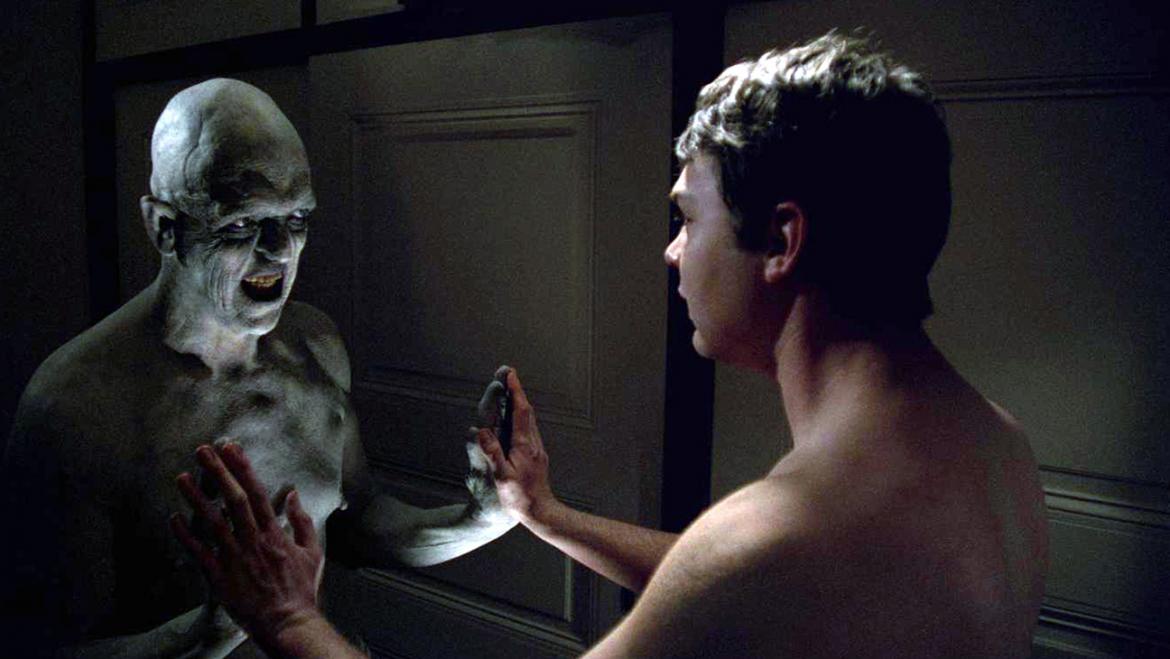 Horror has long been fertile ground for storytelling that extends beyond the boundaries of the shimmering edges of the silver screen. It’s no secret as to why. If you can encompass the crowd in a real life mystery the horror can become real, leaving the audience with a muted, buzzing discontent they carry home with them and discuss on smoke breaks at work. Though, I’m not quite sure we’ve seen a story quite like this.

For 15 years Andrew Rork Getty of the Getty Oil Dynasty labored to create his perfect Horror vision to life personally overseeing the practical effects until he died at the of 47 of a hemorrhaging ulcer tragically never seeing his project come to life. He obsessed over it, at least in part because the visions in the film matched his own in life. He sank an estimated 5 million into the project leaving him in financial ruin as he obsessed over every frame, purportedly attempting to exorcise his own demons through the lens of a camera. The result is the story of a mentally challenged man Dennis (Fredrick Koehler) who lives with his brother John (Sean Patrick Flannery) in their parent’s estate. A demon (Michael Berryman) begins to appear to Dennis and with twisted logic and emotional coercion convince him to commit increasingly twisted acts of violence.

The story of The Evil Within is a pretty straightforward horror tale and one most audiences are extremely familiar with. The outcast is sucked into a nightmarish world and is convinced either by themselves or some outside entity to commit atrocities. Nothing particularly special there, and what’s worse the story is very disjointed. Disjointed in the way you would expect from a first time, unfinished, potentially half crazed film maker to be.

However, this is something more going on in The Evil Within. The visuals are harrowing and disturbing, tinged with brooding emotional distress. Perhaps this could be in part chocked up to the real world seeping into the film and blurring the lines. Perhaps you might say that if you don’t know the story it wouldn’t be effective. But I contend that giant carnivorous spiders and a demon that unzips a man and crawls into his body, wearing it like a full body suit of flesh and bone visuals that applied correctly will work.

This is the right context for such things; The Evil Within is surreal, disjointed, darkly painted madness.