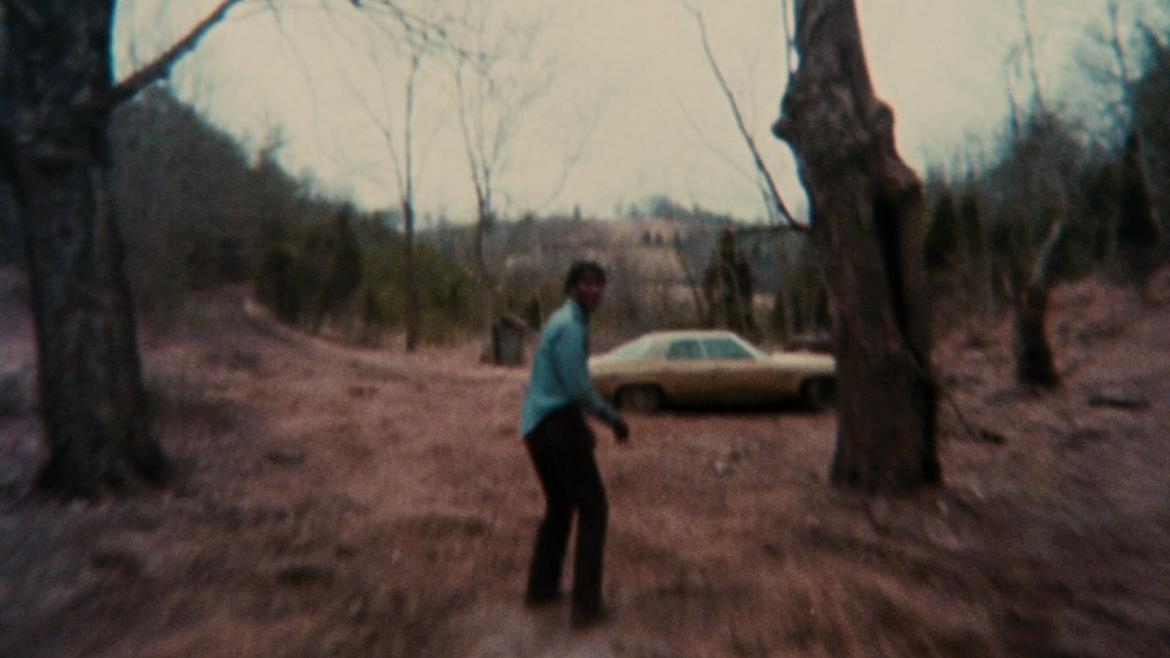 Once the Deadites have been summoned, can they be stopped? This is the question at the heart of cult classic and camp masterpiece The Evil Dead. Sam Raimi’s debut film may have been made with a shoestring budget but the lack of funding certainly didn't keep Raimi from introducing his stylistic techniques. Not unlike John Carpenter’s Halloween, Raimi was able to use every ounce of resources at his disposal to create a film that would leave its mark all over the genre for years to come.

Plot synopses of this movie online are typically on the shorter side—most of them no longer than a sentence—and there is a reason for that. For all of its popularity and the effect it had on movies that came after it, The Evil Dead does not have much going on in the way of story. As one of the progenitors of the cabin-in-the-woods subgenre, the movie takes place almost exclusively within the confines of a secluded cabin where a small group of friends have ventured for a vacation, having no idea what they’re in for. When the friends find a tape recorder in the basement, along with an ancient looking book, they unleash a powerful entity and they all begin to be possessed by it. Ash (played by the legendary Bruce Campbell in his breakout performance) looks on in horror as, one by one, each of his friends become Deadites.

Despite its sparse storyline, The Evil Dead is not short on elements that would later become Sam Raimi signatures. The cinematography in particular is incredibly inventive, with some fascinating tracking shots and a 360° panorama. Perhaps the most famous technique that we see are the POV shots in which the camera races through the misty woods, coming ever closer to our unsuspecting protagonists. These shots were achieved by mounting a camera on a board which two people would then hold between them as they ran through the trees. It is with these shots that what we now know as “shaky cam” was born. Along with the fancy camera work, as with many other Sam Raimi films, the audience is treated to an absurd amount of gore as Deadites are stabbed, dismembered, and melted before our eyes in gruesome detail. The final "battle" sequence with the Deadites is particularly epic.

The Evil Dead captures lightning in a bottle by striking the perfect balance between fun and eerie. It’s no wonder that a movie that is such a joy to watch would be crazy to make, and there are some great stories to prove it. Reading accounts and facts about the filming of The Evil Dead is just about as much fun as actually watching the movie. From on-set injuries to international censorship, there is a definite internet wormhole there to waste some time in.

For all its charm and popularity, The Evil Dead is by no means a perfect movie. The practical effects have not held up (although that may honestly make them even better) and some of the acting is pretty hammy. Both of these elements are harnessed to great effect in the film’s sequel, which essentially rehashes this entire plot before moving forward. None of this prevented The Evil Dead from becoming an instant classic, however, nor did it hamper what would prove to be a meteoric rise to celebrity for director Sam Raimi and star Bruce Campbell. There is no question that this movie is a must if you consider yourself to be even a casual horror fan.