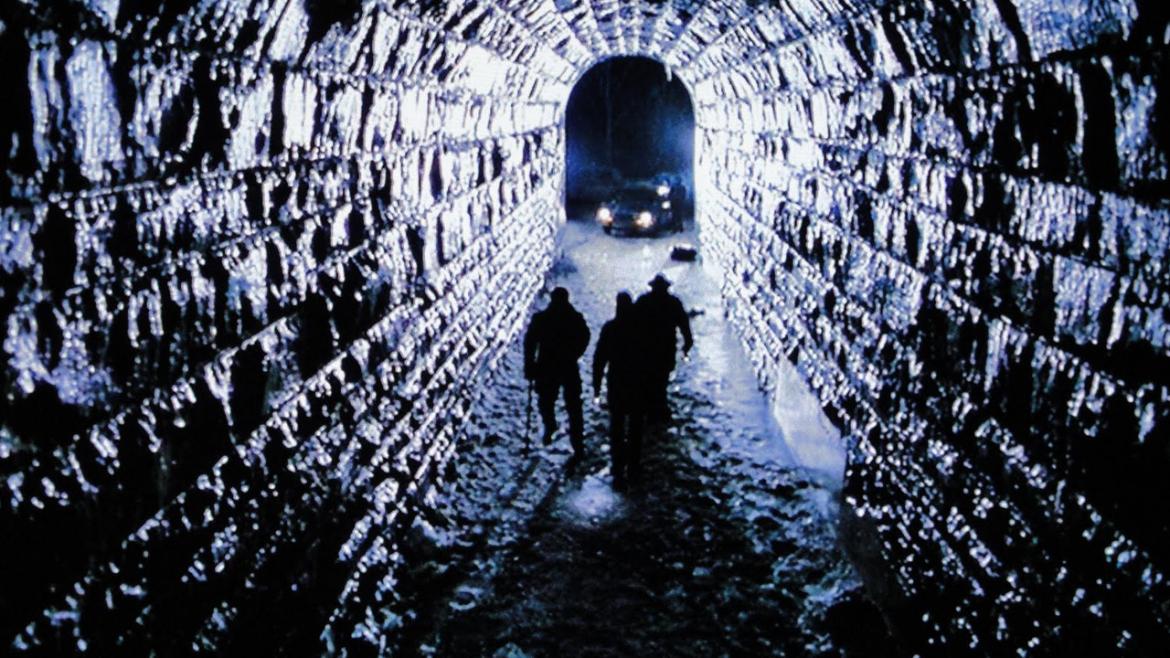 Stephen King heroes generally fit the same mold: thoughtful, blue collar writers or teachers, perhaps with a dark history of something akin to abuse or addiction. In casting Christopher Walken--who can nail ‘dark,’ but usually of an unsettled, manic variety--as his lead in The Dead Zone, David Cronenberg fumbles the characterization while the movie’s still finding its feet, but it’s worth it. Walken contributes a lot of needed energy to a film that struggles to hold its subplots together.

Walken stars as Johnny Smith, a New England school teacher whose life is nearly ended when he gets in a serious car accident driving home from his fiancee Sarah’s house. When he wakes up, he has no bandages or bruises, and he’s in an institute, not a hospital. It doesn’t take him long to discover that he’s been in a coma for five years--Sarah has remarried and his parents are frailer, but most disturbingly, he has developed a sort of clairvoyance: he can see into the future, as well as intuit things about people and places he has no way of knowing.

After this very quick set-up, The Dead Zone moves erratically through several storylines: Johnny gains notoriety for his abilities, Johnny helps the police solve a longstanding series of murders, Johnny tries to find a place for himself after losing all relationships, Johnny investigates a corrupt political leader and realizes he has the opportunity to do something undeniably significant. As a character portrait, it works, but the clunky pacing makes it impossible to tell where the story is headed. Early scenes are rushed, checking off requisite bits of plot development without giving characters time to react. Conversely, Johnny’s overlong showdown with a murderous cop lacks any suspense, when it’s meant to be the climax of the first act and a crucial pivot for the film as a whole. That scene does contain one of Cronenberg’s more inventive deaths, but it happens offscreen--another example of anti-climactic beats that are off throughout the movie.

It takes a while for Walken’s offbeat style to fit with the character of Johnny Smith. He’s just not well suited to playing a high school teacher who dorkily gushes over Washington Irving. After the accident, though, his intensity becomes a great counterbalance to the supporting characters: a well-meaning, bumbling sheriff (Tom Skerritt), the wholesome Sarah (Anne Brook), and a sadistic power-seeker (Martin Sheen as the very un-Bartlettian senate candidate Greg Stillson). If anything, Cronenberg should have dumped King’s nebbish-teacher-turned-hero formula and embraced the actor’s out-there edginess from the start.

The final scene of The Dead Zone may be its best. Past and present (and possible futures) converge at a campaign stop that breaks out into violence, when one man’s horrifying act decisively settles whether Johnny’s long, painful journey has been worth it. And then...the credits roll. A fitting end, I guess, to a movie that never found its rhythm. The Dead Zone is a solid character study, but Cronenberg is unable to convince with his storytelling when it matters most.