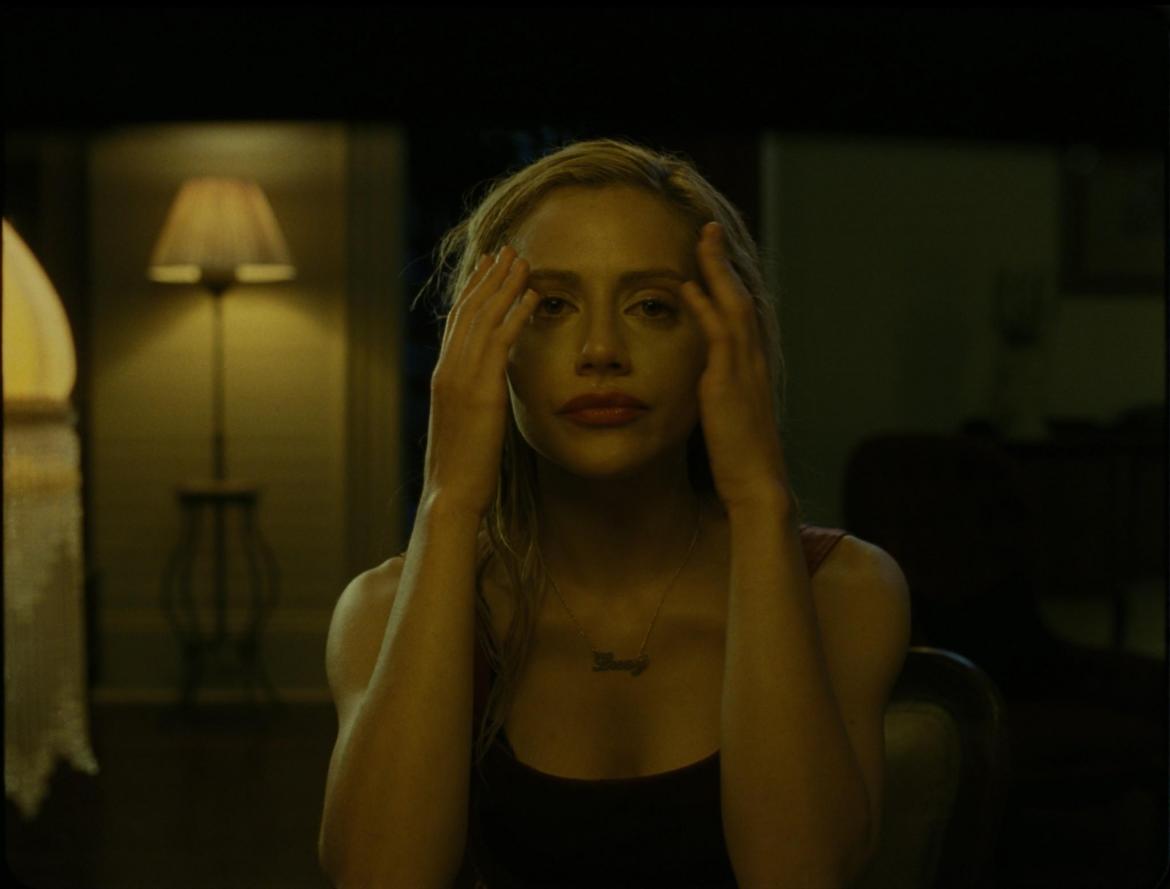 Do you know those movies where every scene seamlessly blends together and not one line of dialogue is wasted? Where every loose end is neatly tied together by the end and you leave feeling satisfied?

Well, 2011’s “Deadline,” directed by Chris Tasara, is not one of these kinds of movies, it isn’t even close. Instead, it is a shotgun blast of multiple plot threads and ideas, and most of them fall way off the target. If you’re looking for a movie that makes sense and that you want to take seriously, I would search elsewhere.

The movie starts with a young couple murdered by a man in a gas mask. After killing them he burns down their Hollywood Hills home. Fast forward a number of years, and married couple Kyle (played by Paul Francis) and Sarah (played by Jules Wilcox) buy a new house on the same property, knowing nothing of the murders. As soon as they move in, however, strange things begin to happen--furniture begins to move on its own, they begin to see images and hear noises when no one else is around. I will confess the first 20 minutes of “Deadline” left me intrigued, it was shaping up to be an interesting (if unoriginal) haunted house story.

Then, the wheels come off the bus (and that is a massive understatement). Kyle and Sara find the burned up dead bodies and call the police. Two officers show up, and suddenly “Deadline” is a movie about these police officers rather than the haunted house. We’re following them as they take the law into their own hands, going after mobsters and stealing their money. Or do they work for the mob? It’s difficult to keep track.

“Deadline” is one of those movies where nothing makes sense after a while. We see minor characters killed and their bodies seem to disappear with no explanation, then they all turn up at the end somehow. How did they get there? Why should we care about any of them? Kyle and Sarah continue to see visions (there’s some plot thread about a haunted mirror that shows them things) but they don’t really mean anything. Adding to the confusion, every female character seemed to look the same, each was an attractive brunette with large breasts (I’m not complaining about that, of course, just saying it got a little confusing).

All of this finishes in a ridiculous ending that you see a mile coming. To make matters worse, there is no wrap up of any of the ghostly visions Kyle and Sarah have suffered through. Shouldn’t there be some closure with these characters we saw killed in the beginning? We get nothing. What were these visions even trying to tell Kyle and Sarah?

Is there anything I could recommend about “Deadline?” I will give credit to Jules Wilcox, the one performer in “Deadline” who gives a notably strong performance. It’s unfortunate the script doesn’t do her any justice. Her performance aside, “Deadline” is a movie that can probably be skipped.