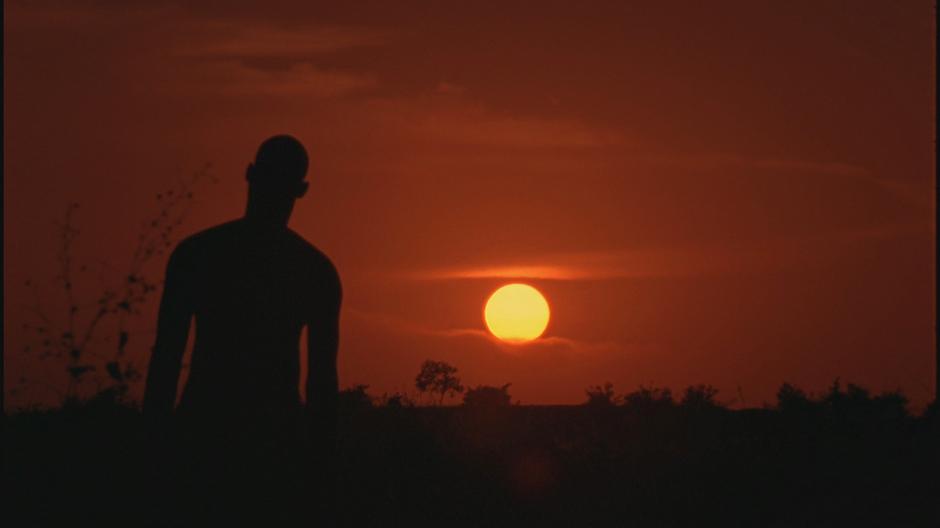 Lieutenant Brian Murphy, played by Rob Freeman, is the lone survivor of an American military-plane wreck. The plane crashed during a zombie outbreak, on the coast of Africa, and Murphy is forced to fight his way inland through hordes of shambling African zombies. He soon meets a local soldier named Sergeant Daniel Dembele, played by Prince David Osei, and they join forces to protect each other from the undead horde. Murphy is looking for a military air-force base so he can escape the continent, and Dembele is simply trying to reunite with his lost son.

You already know everything that happens in this movie without even watching it. It’s basically “Night of the Living Dead,” except that it is set in Africa. This isn’t exactly a groundbreaking twist, however for me, the effectiveness of using Africa as a backdrop is more than enough justification for watching. The cinematography is absolutely gorgeous and utilized to full effect, and for this alone, I hope more horror movies are made in Africa.

The zombies in this movie look great also, and because there are always a few lurking wherever the two protagonists go, they give the movie a very creepy atmosphere, which is probably the film’s greatest strength, and one that should definitely appeal to any die-hard zombie movie fans. The direction and pacing of the film succeed in creating a world where no place feels safe, and there is tension in every scene whether there or zombies in it or not. On the downside Rob Freeman, who plays the film’s protagonist, is so wooden and bland that he phones in what might be the worst performance I’ve ever seen from a lead role in a zombie movie (which in itself is probably a noteworthy accomplishment). The film would have been much better served if Osei had been given the lead role instead of Freeman, as he is considerably more convincing in his part than Freeman is in his.

*Spoiler*...The ending of the film is somewhat of a let-down as the writers/directors of "The Dead" decide to hammer the audience a little too hard with a corny bit of symbolism. Dembele gives Murphy a necklace that he says symbolizes “hope” and later at the height of zombie madness Murphy finds Dembele’s son and hands him the necklace of “hope.” It's a groan-worthy moment that is so cheesy and ham-fisted that it nearly ruins the entire previous 104 minutes of zombie goodness. The uplifting message that: no matter how bad things get there is always “hope”is an ending that is so sappy and cliched that it makes it fairly clear to me why most zombie movies tend to have much more nihilistic finishes.

"The Dead" is a movie that is going to please hardcore zombie movie fans, such as myself, but it isn’t one that feels very relevant to modern film-making. Even if it is simply an homage to George Romero’s films (which it definitely feels like), it’s probably still not very relevant considering how many zombie movies already pay ample tribute to Romero.

But that being said, "The Dead" is one of the best “serious” zombie movies I’ve seen in recent years, and is still a big step up from the zero-budget zombie movies I somehow always end up watching. If you’re looking for something that is relevant and original then "The Dead" isn’t it, but if you just want to watch a fun zombie movie you could definitely do a lot worse.