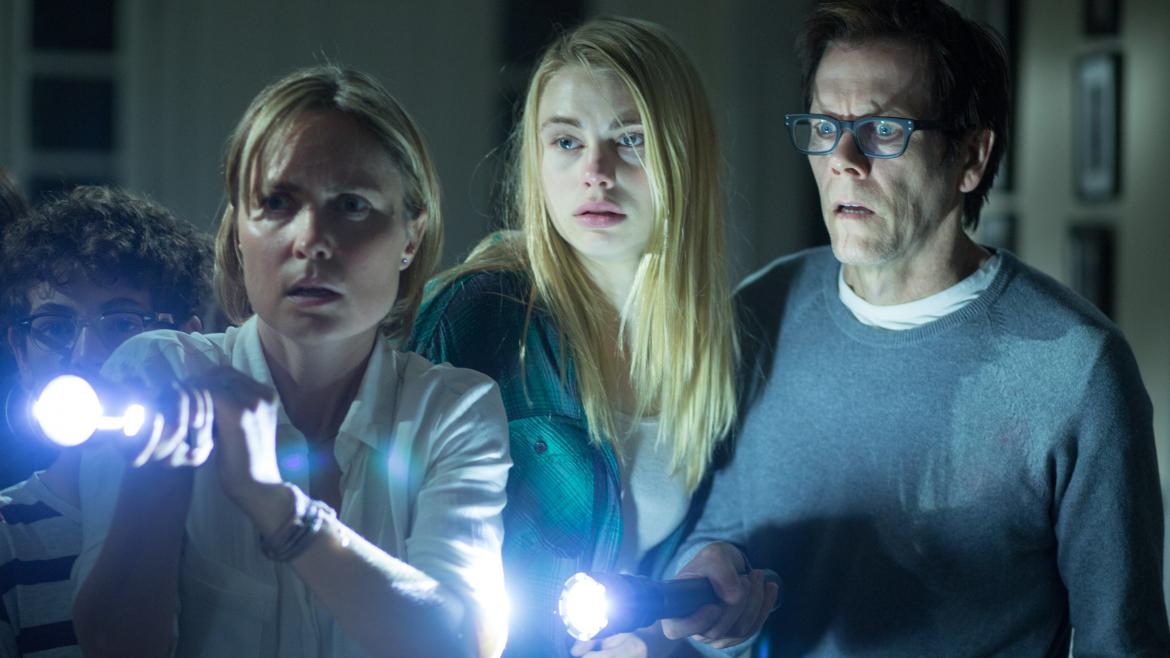 If there is a film in 2016 that embodies laziness, lack of creativity and a sincere and utter disregard for the intelligence of it its audience more than Blumhouse production’s The Darkness then I’ll be shocked. This is a film that seems to actively work towards sapping tension from the screen so that it may provide the blandest, least satisfying husk of a film possible.

The Darkness is the story of Peter Taylor (Kevin Bacon), Bronny Taylor (Radha Mitchell) his wife and their daughter (Lucy Fry) and their autistic son (David Mazouz) who have recently returned from a camping trip in the Grand Canyon. There the autistic son Michael has fallen into a hole and come out with some neato rocks that summon native American demons that begin to haunt the family and tear them apart. If this sounds to you like this might be an interesting and unique idea, you are wrong, so very very wrong.

This is the sort of film where everything is a cliché from another film, where every ounce and bit of dialogue is so sloppy you wonder if they just clipped random dialogue and moments from other films and tapped them together in order to reach the requisite length for a shoot-able script. Nothing here makes sense nor attempts to, nor seems to put any effort into understanding or developing the characters.

This is a film where the mother states to the disbelieving father (yes, this cliché is in full effect along with every other tired trope you could possible imagine) that there are supernatural noises and unexplained fires and the father’s response is “That’s just his autism”.  And yet, this film also manages to sap any cheesy fun you might get out of a film that reaches that low to a degree that you are just left feeling robbed instead of entertained because worst of all nothing happens in this film. It plays out beat for beat exactly as you might expect from any supernatural thriller, yet with so little charisma on screen that it leaves you stunned into silence; bored, tired and annoyed by its fruitless and wearisome machinations until you are begging for it to be over.

A few days ago Blumhouse tweeted out, “You know why the #conjuring2 works so well? Because we care.” The Darkness is the best counter argument I can think of for that.