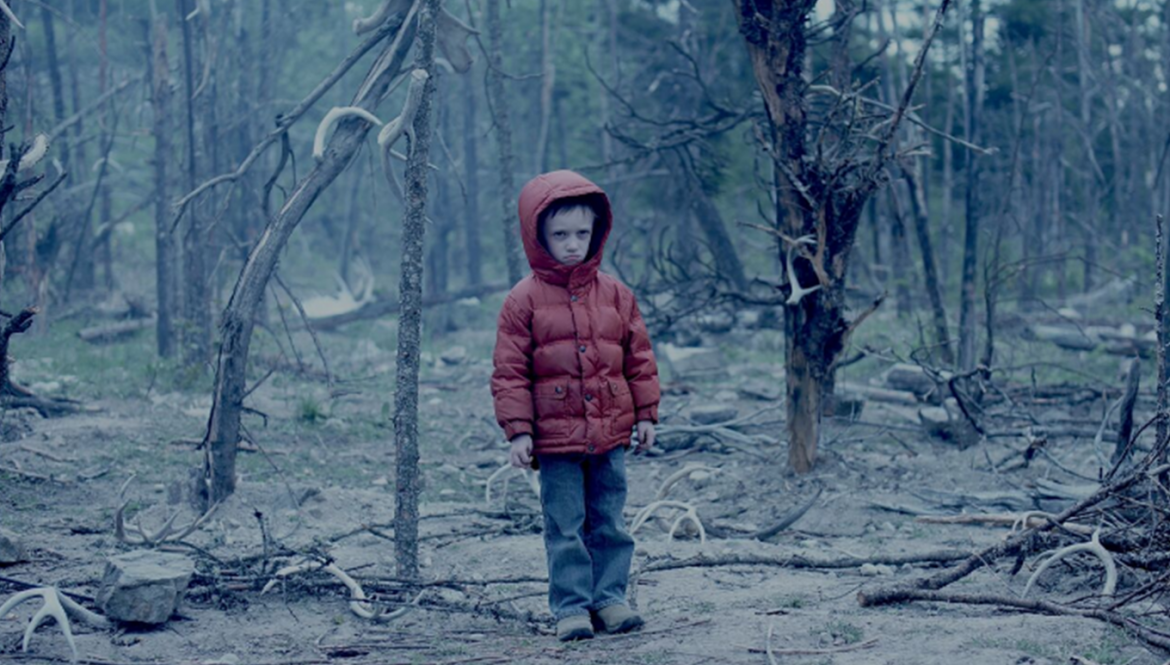 Devil in the Dark (Movie Review)

Brothers Clint and Adam are presented as something of a Canadian-flavored odd couple in Devil in the Dark – a new VOD horror movie available on March 7 from Momentum Pictures. Clint is the picture of stereotypical masculinity – he’s a hunter, a blue collar guy who wears flannel to work and has a 5 o’clock shadow no razor could hope to tame. Adam is the opposite – he’s a baby-faced comic book nerd who (allegedly) abhors hunting. When (possibly) supernatural forces interrupt their wilderness bonding vacation, Clint and Adam will need to put those differences aside if they hope to survive.

Shot in Western Canada, the setting of Devil in the Dark shares a rugged handsomeness with one half of its leads. Beyond serving as mere eye candy, the stark wilds help create an atmosphere of true isolation. In order to reach their professed destination – a section of near-inaccessible frontier known as The Plateau – Clint and Adam travel by truck, then by four-wheeler, then by foot. The idea of characters putting a wall of trees that thick between themselves and civilization will always be at the very least disconcerting, particularly to a generation of horror fans raised on the likes of The Blair Witch Project.

Devil in the Dark escalates the tension inherent to this set up in a predictable, if still satisfying way. Strange noises at night escalate into eventual contact with the unexplainable. The brothers’ isolation is amplified by ill-timed injuries. The film’s third act, while not totally absent of surprises, plays out in a way that’s as familiar as the path that brought viewers there.

Written by Carey Dickson and directed by Tim Brown, Devil in the Dark seems to be laying seeds for something more than what viewers end up with. Example: Adam is suddenly OK with hunting, is kind of good at it, and even manages to outclass his brother at a few outdoorsy endeavors. These points – representing an unheralded foundational shift in one of the movie’s two main characters – are presented by the filmmakers with a nonchalance that feels misplaced. Exploring the whys behind them could have brought a welcomed depth to a movie that often fails to push beyond the surface.

Another example concerns The Plateau. As is often the case in movies such as this, it’s an area with a history. Unfortunately, the history of The Plateau is decidedly un-cinematic. Someone who may or may not have been learning-disabled disappeared there once, according to local lore rehashed to Adam hours before the start of the trip. It’s an unusually (and disappointingly) restrained tall tale that fails to build a mythos or stoke viewer dread.

Devil in the Dark is well-acted and shot and it leans heavily on a classic and effective horror premise – two people who aren’t as alone in the woods as they think. Had it approached this angle with more gusto and worked to generate more thrills along the way, it would be an easier recommend. As it stands, Devil in the Dark risks fading into the scenery of its subgenre.