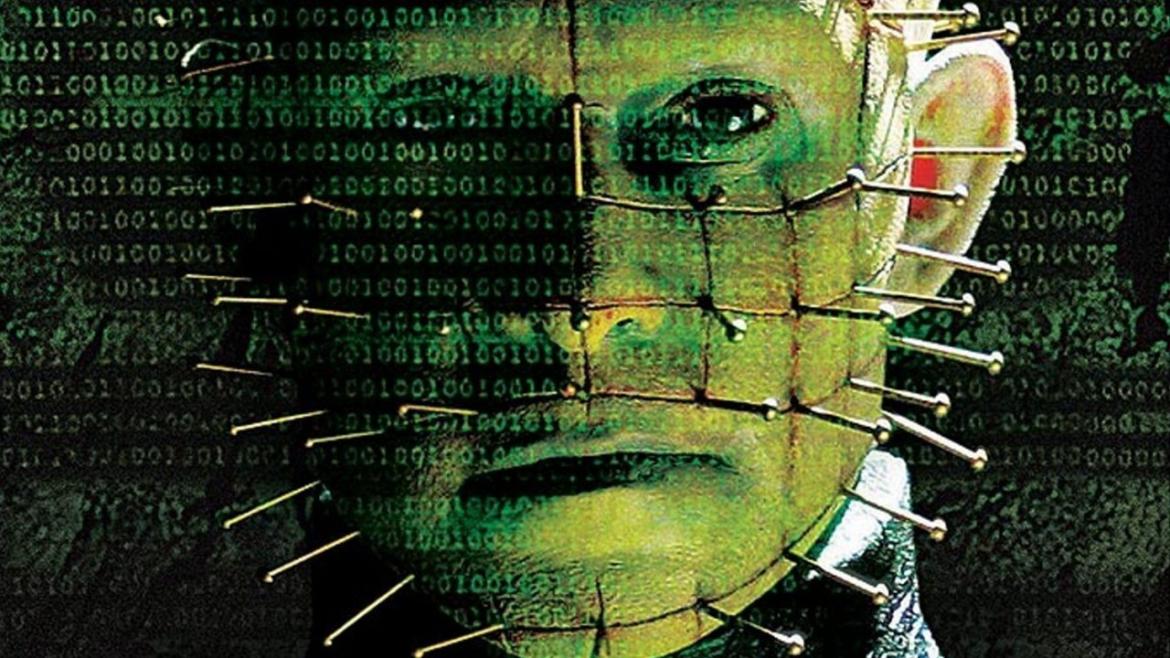 In Hellraiser: Hellworld, the titular Hellworld is an online roleplaying game based upon the Hellraiser mythology. Some players take the game so seriously that one, Adam (Stelian Urian) commits suicide under mysterious circumstances tied to the game. Two years later, a group of Adam's Hellworld playing friends reconvene to attend a lavish Hellworld themed party being thrown by a mysterious host (Lance Henriksen). Oh yeah, and Pinhead (Doug Bradley) does show up briefly.

It needs to be said that Hellworld would probably deserve a score of "Negative Fart" rather than the 3 it's getting if not for the fact that it's the first Hellraiser to circle back from just "horrible" to " so bad it's 'good.'" It's just so darn silly. From the ridiculous Hellworld game, to the 2005 version of what looks like a 90s film dance party, to some really horrible dialogue from every actor involved, to multiple twists which end up making zero logical sense, there's a level of batshit crazy here that's just absurd to not laugh at. Someone finally realized it was time to go big or go home. The only problem is that, by the time this was released, there were already half a dozen other films that did what it's attempting to do, did it better, and didn't have to stomp on an existing franchise to do it.

As with the previous handful of films in the series, the script here was reconfigured from something that initially had no relation to the franchise; a haunted house film this time. So, we get all the prerequisite haunted house tropes that have nothing to do with Hellraiser: Characters are given illogical reason to split up so they can meet their end in creative ways, there's a host with suspicious motives, and everyone's given masks and phones and encouraged to hook up for anonymous sex. Okay, so that part isn't exactly an established trope, but don't pretend you're not going to adopt it for your next dinner party.

It's hard to determine where the line is between the film knowing it's silly and it attempting to be sincere. Without getting into details, regardless of whether it's in on the joke for most of its run, once the twists start piling on it's hard to continue laughing at the film rather than just rolling one's eyes.

I'd say that you should watch this if your looking for an absurd "so bad it's good" horror comedy, but, honestly, still don't. Watch something else.