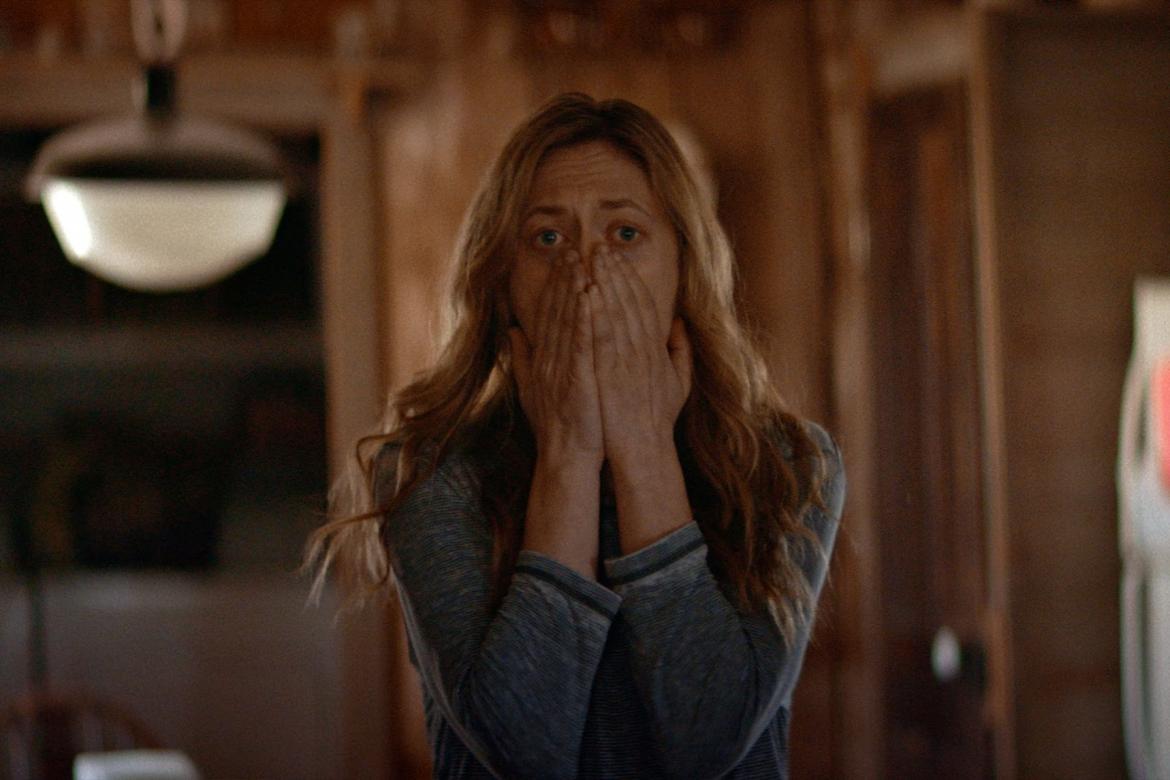 The Dark and the Wicked (Fantasia Film Festival) (Movie Review)

Filmmaker Bryan Bertino has been making a name for himself as the go-to guy for bummer horror cinema. His films are often more concerned with magnifying humanity’s darkest emotions and tendencies and less so with providing his audience with warm, fuzzy resolutions. The Dark and the Wicked keeps his streak of depressing tales of horror alive with another bleak and devilish slow burn.

The Dark and the Wicked finds Bertino right at home where his career kicked off. The film is similarly paced to his home invasion thriller The Strangers, but this time we’re presented with a home being slowly taken over by a sinister unseen presence rather than masked invaders. The tone that’s adopted early is one of unabridged sadness and mourning. Our characters are in a constant state of anticipating death and so the film is airtight with palpable sorrow and the pacing suffers as a result. Since there’s no fun to be had with this premise, the audience is left to wallow in the depression of the looming death and a demonic presence waiting to claim their souls while also playing dark and sadistic tricks on the struggling family.

Structurally Bertino isn’t really focused on reinventing the wheel. There’s no real surprises hiding along the way and the script stays on a fairly clear trajectory from beginning to end. The writer/director still shows he’s adept at staging scares, regardless of the predictable nature of the abundant quick jolts. Bertino also works well with the actors, coaxing strong performances that succeed in some truly unnerving moments. This is particularly on display with those characters who become conduits for the sinister forces that taunt our leads, Michael (Michael Abbott Jr.) and Louise (Marin Ireland). Xander Berkeley’s small role as a priest provides a nifty chill midway into the film as the siblings’ resolve begins to disintegrate.

For everything that Bertino does right though, there’s an abundance of things that the four time filmmaker seems to have regressed on. Tired genre trends are on display, such as the jump scare featuring someone’s head vibrating around violently like it’s in a paint shaker. Depending on any particular audience member’s resolve, the film’s glacial pace will surely be hard to tolerate for anyone in the mood for something much more lively.

Fairly straightforward and relentlessly bleak, The Dark and the Wicked features Bryan Bertino doing what he does best, wallowing in the depths of depression with emotionally broken characters. Although the film’s formal elements can be striking, it’s hard to shake the sense that Bertino needs to stretch his skills and venture outside his comfort zone...and seriously, someone give this man a hug.

Movies Like The Dark and the Wicked (Fantasia Film Festival)

Paranormal Activity: The Marked Ones