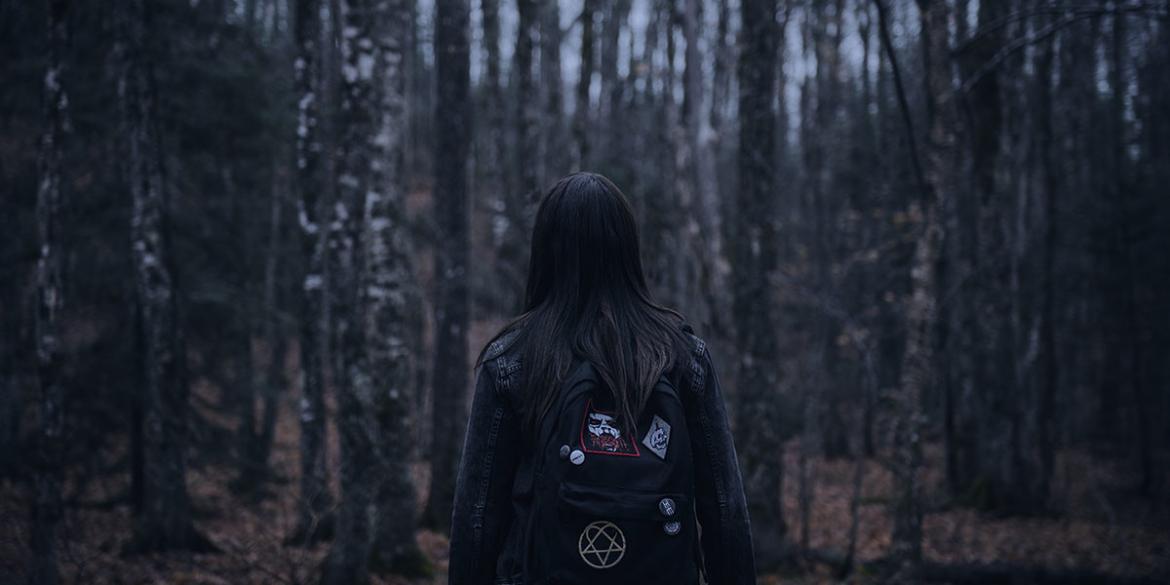 There's a laundry list of things that teenagers shouldn't be playing with and occult rituals is probably somewhere in the top 10. Pyewacket serves as a "here's your brain on drugs" PSA for any prospective teenyboppers conjuring up witches in the woods in hopes of teaching their rents a lesson.

Mourning the loss of her father, Leah (Nicole Muñoz) looks for comfort in occult literature and a new clique of friends who also have an admiration for the dark arts. After being forced to movie to a cabin in the woods at least an hour from civilization and her cohort, Leah's increasingly tumultuous relationship with her mother (played by Laurie Holden) suddenly shatters after a brutal argument. In the heat of the moment Leah gathers materials to perform a ritual summoning the spirit of an evil witch, Pyewacket. When calmer heads prevail Leah's mother sincerely apologizes and their dynamic softens, making Leah's occult tantrum super awkward. Leah quickly regrets her actions as it becomes evident the ritual not only worked, but that Pyewacket aims to torment more than her mother.

Well developed characters, mood, and tension; these are three essential elements to an effective and memorable horror film and Pyewacket has them in spades. Aside from the fact that Holden's character doesn't have a name (credited only as Mrs. Reyes), her performance resonants with true emotional enery, something a name alone can't evoke. Straightforward writing and a director (Adam MacDonald) pulling the most from his actors are the also key elements to the film's success. MacDonald keeps the supernatural thrills close to the chest letting the camera linger while the sound design does all the heavy lifting, inspiring the audience to imagine what's happening in the dark.

Even by leaving so much horror off-screen the film's supernatural threat is never in much doubt thanks to subtle bone chilling techniques. Particularly a scene where Leah's friend Janice (Chloe Rose) stays over claiming she's dying to see some witchy stuff go down. The climax of the sequence is paid off by a tremendous character shift that carries the film's growing sense of dread into the final act. зеркало казино дрифт The audience experiences much of the film through Leah's point-of-view which is paramount to letting the shock of her character's experiences wash over you when things get REALLY dark.

Pyewacket is a special thread of occult horror. The psychological toll the film takes on Leah's character is gut wrenching up to the final moments. Adam MacDonald's direction is brilliant in how simple and grounded it is. Grab all the red yarn, milk and collected ratty hair of your loved ones you can to ensure this movie slithers into your life.

Pyewacket opens on VOD and in limited theaters on March 23, 2018