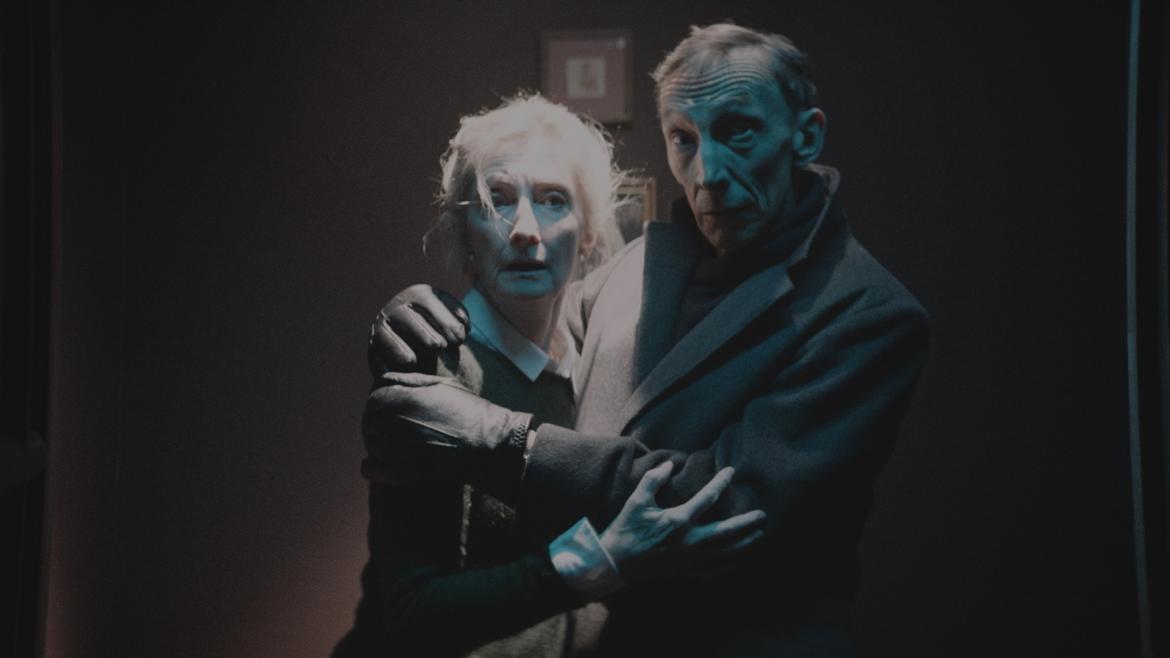 Anything for Jackson (Movie Review)

These aren't your satanists; they’re your Grandma's satanists.

Anything for Jackson is directed by Justin G. Dyck, who has made a career directing numerous TV movies and holiday themed family fare. His most recent feature, however, profes he might just have a great career ahead of him in horror.

The story follows an older couple (Sheila McCarthy and Julian Richings), who after the loss of their grandchild in a car accident, kidnap the husband’s pregnant patient Becker (Konstantina Mantelos), and attempt to possess her unborn child with the spirit of their grandson. (I am embittered by every description of the film calling it a “Reverse Exorcism”; like possession is not a word in the common vernacular). As expected, multiple spirits possess the child and now the couple must navigate keeping their crime a secret and dealing with the demon.

The film wears its influences/homages firmly on its sleeves. Present throughout are allusions to Rosemary's Baby (1968) and as always The Exorcist (1973) and a scare weakly lifted from The Sixth Sense (1998). However, the film delivers some creative new scares and some fun dialogue that displays ingenuity. Sheila McCarthy is a standout and her chemistry with Julian Richings carries the entire piece. There is both dread and levity when they begin reading a prepared note to their kidnapped victim that one would write to ensure you do not forget all your talking points in an intervention. The film plays with elements of the mundanity of the older couple’s life to unsettle us with their atypical behaviour. The cavalier quality to the whole ordeal is much more unsettling than satanic worshippers chanting with knives ever could be.

With that said there are many strange contrivances added to create tension, which do not fall within the logic of the rest of the film. The film devours its cake and wants it as well, as it expects you to buy into the tension of the couple staving off the discovery of their crime and then instantly relieving that tension with the greater peril of ghosts and demons.

In spite of this, the film’s cinematography and aural styling wins out. Several of the hauntings employ striking visuals I have not seen before that you will have hard time forgetting. Despite the film rushing its ending, I was ultimately satisfied by Anything for Jackson and would recommend it to anyone sick of the same bland visuals employed in typical possession films. Would I do anything for Jackson? I would definitely rewatch this film, but if you want me to tell you it doesn't have its problems; I won’t do that.