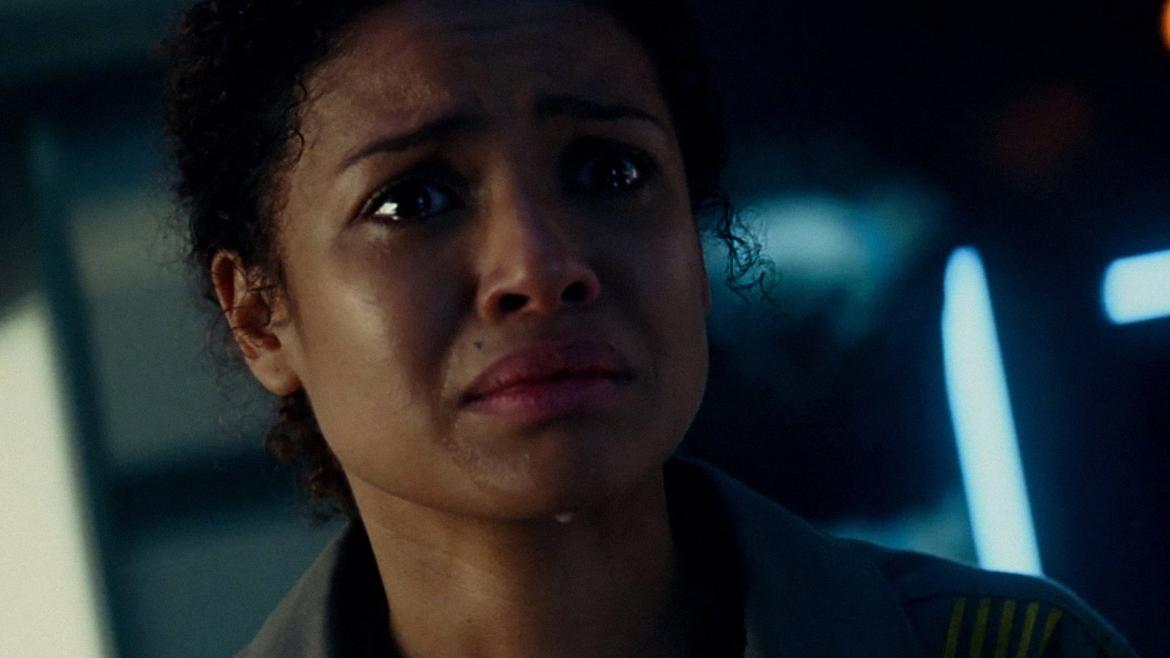 In a franchise that has thus far been content to allow each entry to do its own thing, one of the rare points of consistency among the Cloverfield films has been the gimmicky release. With a surprise, post-Super Bowl debut announced during the game itself, the third entry in the series, The Cloverfield Paradox, certainly carried on that tradition. However, unlike its predecessors, this one amounts to little else.

The Cloverfield Paradox initially unfolds like a loose remake of Danny Boyle’s 2007 film Sunshine (itself often criticized for its similarities to 1997’s Event Horizon). In Sunshine and The Cloverfield Paradox, scientists head to space on a do-or-die mission to solve a crippling energy crisis, are sidetracked, and start turning up dead one by one. That sidetracking occurs in the latest Cloverfield when a device meant to generate unlimited power for Earth accidentally slams together two (or more) dimensions. It’s a compelling bit of mind-screwery that results in an anomalous crewmember appearing fused inside a wall, pieces of the ship turning up inside of other crewmembers, and, in a moment that provides the dour film with some much-needed levity, Chris O’Dowd has his arm chomped off by a wall. It’s funnier than it reads. The end game of these occurrences is a choice that, if made, will doom billions. Meanwhile, on Earth, the events of the first two films are being quasi-reenacted to remind viewers they’re watching a Cloverfield movie.

Those Earth segments – which feature the husband of one of our lead scientists encountering monsters and hiding out in a bunker – accomplish little than to distract viewers from the far more interesting events unfolding in space. Cutting them entirely would have allowed the film to explore the emotionally wrenching, history-altering choices foisted upon Ava (Gugu Mbatha-Raw) and Jensen (Elizabeth Debicki), or for Chris O’Dowd to argue with his own severed arm. At the very least, that time could have been used to detail the mission’s risks naturally, eliminating the need to have Donal Logue show up to explain them in one of the more egregious info dumps ever filmed.

While its surprise release game has never been stronger, creatively the Cloverfield franchise is starting to drift off into space. Moving forward, if they’re truly interested in tying together these films in a more substantial way than “and then aliens show up,” the filmmakers need to do better than haphazard and heavy-handed references and fourth-wall endangering monologues. Otherwise, the next surprise for this franchise might be that its formerly captive audience has mysteriously vanished.