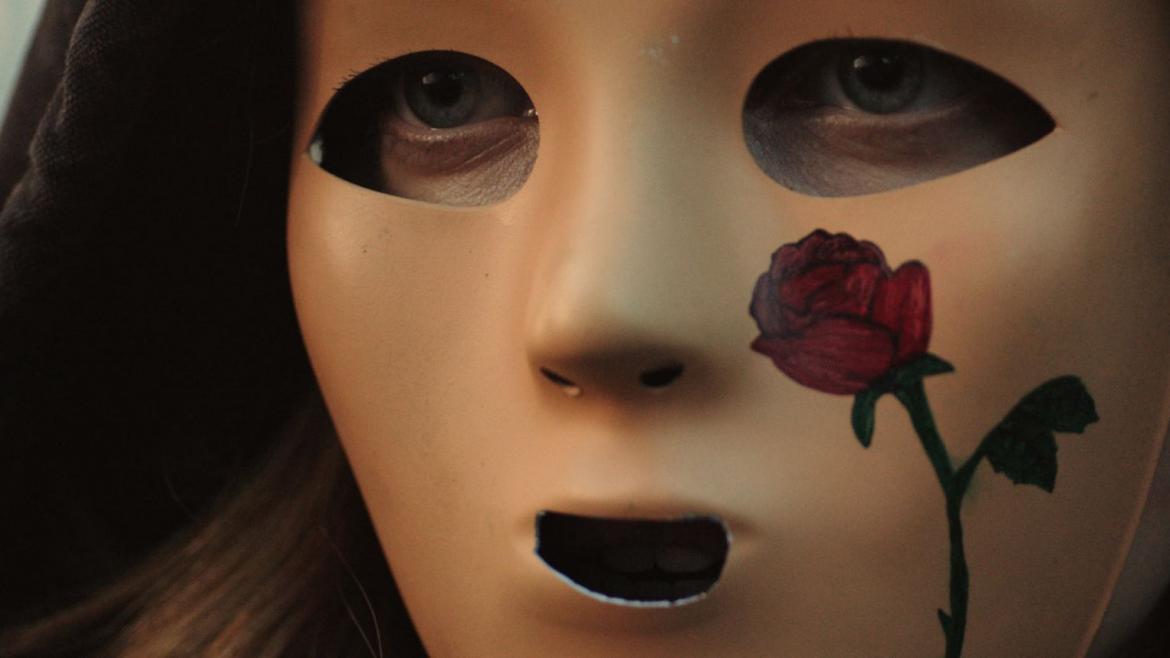 Hurt is a film in the same vein as The Strangers, claiming to be based on true events. Yet seeing as how multiple attempts to find anything matching the events in the film proved fruitless we're just going to have to take their word for it. Like its quiet stalk and slash ilk, the "true events" tag may just be a slasher twist on a ripped from the headlines story, or a means to artificially inject a sense of dread into the structure of modern domestic lifestyles.

Centered around a small Texas town in the 90's Hurt comes out of the gate as somewhat alienating to its audience. Throwing a number of misdirecting twists into the first 15 to 20 minutes, introducing itself as a potential Texas Chainsaw Massacre ripoff before revealing that intro as a movie within a movie that also might be based on events near the town that the locals often refer to. It's revealed that it is Halloween night and the kids watching the movie we saw in the beginning are trick or treating when they come across a masked stranger holding a bucket of candy spouting tales that her sister is a witch that lives in the woods. She scares the kids away and boom now we FINALLY are introduced to our main protagonist, Rose (Emily Van Raay), as she awaits her friends to come over for a Halloween get together. Then Rose and her hubby Tommy (Andrew Creer), who has recently returned from deployment and clearly struggling with PTSD, decide to hit up the local bar and a haunted attraction in town. The night is then cut short when they have a fight and Tommy takes off when he can't snap out of one of his episodes.

While taking its sweet time to get rolling Hurt only partially succeeds in painting a portrait of the film's central relationship. Occasional flashbacks of Rose and Tommy hint at happier times prior to his deployment and to cement further that current timeline Tommy is behaves differently before he deployed. All of this is almost too transparent at trying to get the audience to buy that he has snapped and is willing to murder those closest to him. In fact it's the insistence that Tommy has turned cold-blooded killer that gives the "true events" angle more traction.

Still, the movie also stumbles because of all the early pump fakes that try to falsely sell it as something that it is not. As the shoe starts to drop and the audience finally is let in on what's actually going on the payoff doesn't feel entirely earned and we're left to wonder why we ever went on this little journey. Despite this, director Sonny Mallhi has an eye for some creepy shots and the atmosphere of small town during Halloween is quite effective.

Overall, Hurt cannot overcome its problematic early misdirections and fails at ever becoming more than a ripoff of The Strangers. Mallhi's experience as executive producer on that film and Bryan Bertino presence as producer here is apparent. Destined to disappoint a wide audience and perhaps too off-putting for the VOD crowd, Hurt winds up being a painful exercise in the realm of "true events" horror.