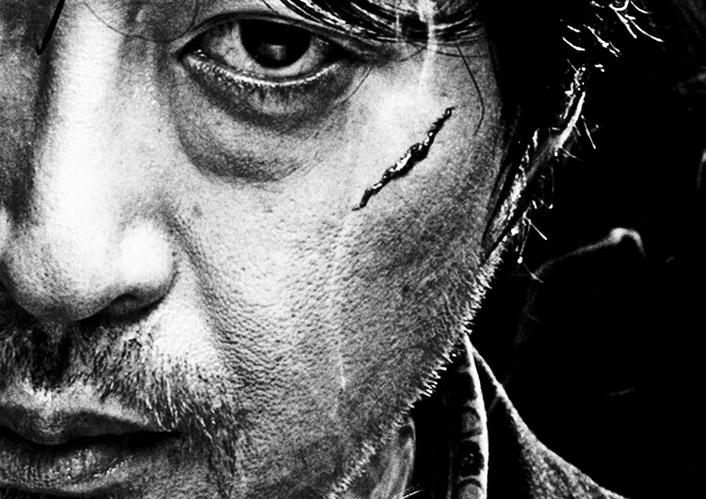 One of the movies that has gained the most acclaim in the South Korean film industry's recent rise to prominence is Bong Joon-ho's “Memories of Murder”. The film was based on the true story of the first recorded serial killer case in Korea and the often shocking ineptitude of the Korean police. Na Hong-jin's debut feature “The Chaser” seems to beg to be compared to “Memories of Murder”. It also claims to be based on a true story and paints a scathing picture of the police in Korea as being corrupt, bumbling, violent and bureaucratic to the point that they have to release an obvious maniac into society because they can't find enough evidence to keep him in custody. Where “The Chaser” and “Memories of Murder” differ is in the way they are told. “Memories of Murder” is a meditative drama, slowly-paced and beautifully shot, while “The Chaser” is more of a traditional serial killer movie with a bit of gritty street-crime procedural thrown in. Think “The Wire” meets “Silence of the Lambs” and you've got a good idea of where “The Chaser” comes from.

The chaser of the title is Joong-ho, an ex-cop turned pimp trying to get to the bottom of the mystery of why so many of his girls have been disappearing lately. He's convinced someone is kidnapping the girls and conscripting them into some sort of human trafficking ring, and when he notices a certain phone number correlating with the missing girls he decides to investigate.

Unfortunately, he only makes the connection after he's sent a girl named Mi-jin to the suspicious john, so he instructs her to excuse herself to the shower and text him the address as soon as she arrives at the house. She follows his orders only to find there's no phone reception in his basement apartment. Already unsettled by her pimp's odd request she looks around the dingy bathroom and notices the bloody iron ring mounted in the wall and the clump of hair in the corner of the shower, and realizes just how far in the wrong place she is. She tries escape, but at this point her client, Young-min, reveals himself as a hammer and chisel-wielding psycho. Luckily for Mi-jin, some random callers interrupt him and he only manages to tie her up and wound her before he finds himself with two more dead bodies and a car to dispose of.

While trying to ditch the car, Young-min ends up in a fender bender with none other than Joong-ho, who has been searching around the neighborhood when his girl didn't text him. When talking to the killer, Joong-ho's old cop instincts kick in and he makes the connection. The next thing you know he's chasing Young-min down the streets, and giving him a good beating before the both of them get taken in by the police. Once there, Young-min confesses to a number of murders and the police find themselves with 12 hours to find some proof that he really is the killer he claims to be before they have to release him. At the same time, Joong-ho is determined to find Mi-jin who Young-min has revealed is still alive.

After that dense and exciting first act we alternate between the pimp's quest to find Mi-Jin and the cops' hamfisted attempts to get information out of Young-min before they have to release a serial killer back onto the streets. Surprisingly, we never find out the backstory of how Joong-ho went from being a cop to a pimp, but over the course of the movie we do find out that he's not quite as bad a guy as he seems at first. Min-jin initially means little more than lost property to him but grows to represent his salvation, especially after he visits her apartment and finds himself the only guardian of her young daughter. Using Young-min's keys and some leads from his fellow pimps he stalks through the underworld trying to rescue the mother of the little girl he might be responsible for orphaning.

Back at the police station, Young-min taunts the police and sends them on wild-goose chases to find a body or anything that will prove that he is the murderer he claims to be. They try interrogations, psychology and beatings in desperate attempts to get information out of him and run off at every lead, most of which turn out to be blatant lies and misdirection by Young-min.

As you can probably tell, there's a lot going on in this film and even though it's on the long side, it never slows down long enough to be boring. If anything, there's too much going on in the movie. Some things happen but are never fully explained and will probably leave the audience wondering if they missed something or if there was a deleted scene that was meant to explain things. It doesn't come off so much as the director trusting his audience to put things together on their own as it does a first timer who would rather sweep some details under the rug instead of finding a way to address them in the film.

There are also a few elements that seem to have been crammed into the film unnecessarily. Adding the little girl into the mix adds melodrama to Joong-ho's quest and humanizes Mi-jin for him, but it feels a bit contrived and unnecessary. There are also a few scenes that have been cribbed from numerous other serial killer films like the old “clue painted underneath the wallpaper” trick or a scene between the killer and a female cop that is practically stolen whole cloth from “The Silence of the Lambs”. If some of the more tired and predictable parts of the movie had been pared down a bit more the film would be much tighter and stronger..

Minor flaws aside, “The Chaser” is a very well-made and well-acted movie that will satisfy fans of serial killer movies and gritty crime dramas alike. The killer's tools of choice, a hammer and chisel, are surprisingly grisly and though most of the killings are off-screen the scenes still manage to shock. The film was a huge hit in South Korea and will probably go on to an even higher international profile because the team behind “The Departed” are already at work on a remake. Time will tell if they can address a few of the flaws of “The Chaser”, and in the process produce yet another successful remake of an Asian film.