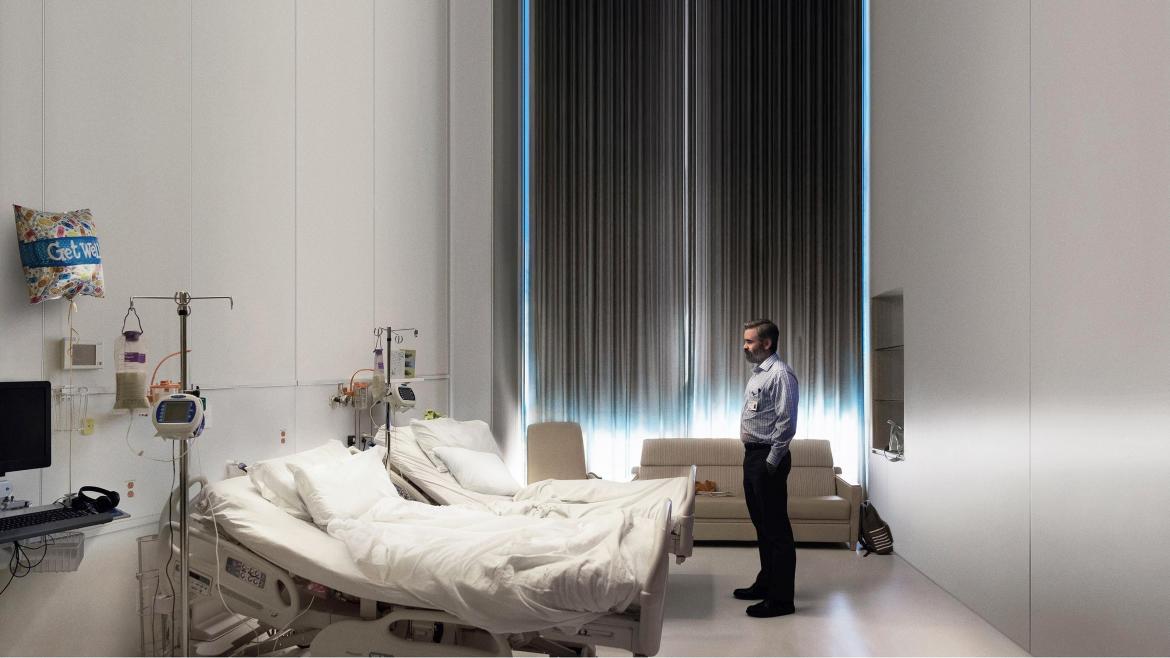 The Killing of a Sacred Deer (Movie Review)

What is genre to you? Is it a warm, cozy blanket of tropes that wraps you in a soothing bubble of solace? If so—The Killing of a Sacred Deer is not for you. This is a seething, uncomfortable hell-broth that amusingly urges you to drink; all while callously burning your throat. It’s single, undying, yearning mission is to torture its characters while inviting the viewer to be part of the festivities. This is a good thing.

The Killing of a Sacred Deer tells the story of Dr. Stephen Murphy (Collin Farrell) who lives the magical charmed life of a pseudo-god surgeon. He lives in a heaven suited for his deity status, in tow with his wife Anna Murphy (Nicole Kidman) and his precious children Bob (Sunny Suljic) and Kim (Raffey Cassidy). When Martin (Barry Keoghan) a teenage boy befriends the good doctor, his utopia begins to crack and fall apart.  It’s no surprise in a story like this that if Dr. Murphy is a deity that Martin is a shy, stoic sort of Satan. Here Keoghan provides a bone-chilling, stirring performance, that mesmerizes and resonates throughout the film especially in relation to the measured, marionette-like movements of Farrell.

These are all things a viewer might expect of a “dark stranger” type film; the idyllic life is turned upside down, the tumbling of the first block followed by a slow descent, cracks in the social structure that has upheld the protagonist begin to fall. Yet the ultimate path this film takes, in typical Lanthimos fashion, is dazzlingly and suprising, darkly funny, and ultimately satisfying even when leaving one reeling and breathless. This is a director that for better or worse always does the unexpected and in this instance is very much so for the better.

This is not a movie for a fun popcorn filled evening. Often times, as is the case in Lanthimos films the characters are not realistic cyphers for real world individuals. These are chiseled chess pieces of a certain characteristic to fufill a narrative. Much like an ancient Greek mythology story these are individuals meant to inspect certain aspects of ourselves.

The Killing of a Sacred Deer is not built for comfort. It is for soul searching and for pulling off those long formed moral scabs and examining how fresh those wounds really are underneath.