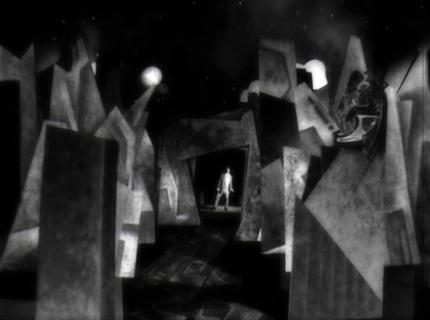 The Call of Cthulhu (Movie Review)

Although HP Lovecraft's influence is beyond pervasive in the horror community, true enthusiasts have had very little to grasp onto in terms of faithful or even semi-faithful adaptations of his most famous works. Because Lovecraft himself passed away before the mediums that would have allowed him to expand his vision reached their full potential, the fate of his legacy has landed almost entirely in the hands of his fervent fans. Beyond that, the detail and subtlety of the material has prevented any sort of groundswell to bring the Great Old Ones like Cthulhu to the big screen. Despite the challenges of adapting what can be very tough material to work with, Director Andrew Lemen and the H.P. Lovecraft Historical Society (HPLHS) have manged to assemble a pretty fitting tribute in "The Call of Cthulhu," a 47-minute black and white silent feature that stays about as true to the source material as one can get without simply reading the text aloud.

Your eyes have not deceived you. "The Call of Cthulhu" is in fact a black and white, silent feature that was released in the year 2005. One would be hard pressed to find more barriers to entry for horror fans in a single-line description of a film, but those descriptors are what defines the film to its core.

The decision to make the feature such a throwback is a sound one, as the original story of the same name was published in 1928, just as silent film era had peaked and began to give way to "talkies." Unfortunately, because of the cost-prohibitive nature of shooting on film these days, "The Call of Cthulhu" is very obviously shot digitally, and has to rely on de-colorization and faux film grain in post production to get that 'authentic' 1920's feel. The gimmick itself does not ruin the experience, but it does take a short while to ignore the obvious disconnect and go with the flow. As things progress, the presence of dialog title cards decreases, giving way to highly creative and surreal sequences that take full advantage of the medium and make for compelling viewing.

"The Call of Cthulhu" maintains the divided narrative of the original story, following a host of different characters in their exploration of the Cthulhu Cult. The multi-layered nature of the plot can be confusing at times, but once the major plot points are worked through and the viewer becomes acclimated to the environment and histrionic performances, things really start to move along at a steady clip and don't overwhelm. In true silent film style, overacting is the name of the game here, which may put off some viewers but is ultimately part of the film's draw, even if it feels at times more like a community theater production than a serious horror film.

In the second and third acts, "The Call of Cthulhu" begins to build a steady pace to a satisfying finale with highly effective dream and flashback experiences that describe the characters' interactions with the Cthulhu Cult and the entity of Cthulhu itself. In this portion, the viewer is rewarded for their patience with beautiful hyper-surreal visuals and even a few tense moments. Although the image of the iconic tentacled one is a bit hampered by budgetary limitations, enough tension is built in the supporting scenes leading up to the finale that I was able to be more forgiving than I would be of a more high-end affair. I would say that the visual strength of "The Call of Cthulhu" is the one thing keeping it from completely fading into obscurity among horror fans that aren't necessarily Lovecraft enthusiasts.

As far as modern horror goes, "The Call of Cthulhu" stands out for all of the obvious reasons, some good, some bad. It definitely shows its seams quite a bit, but whether or not a potential viewer responds positively or negatively to that fact is purely subjective. On its surface, "The Call of Cthulhu" feels like something a "cool" bearded high school English teacher would show his students during a Lovecraft unit, but there's enough going on beyond the gimmickry to make this something worth watching to anyone willing to take the risk.