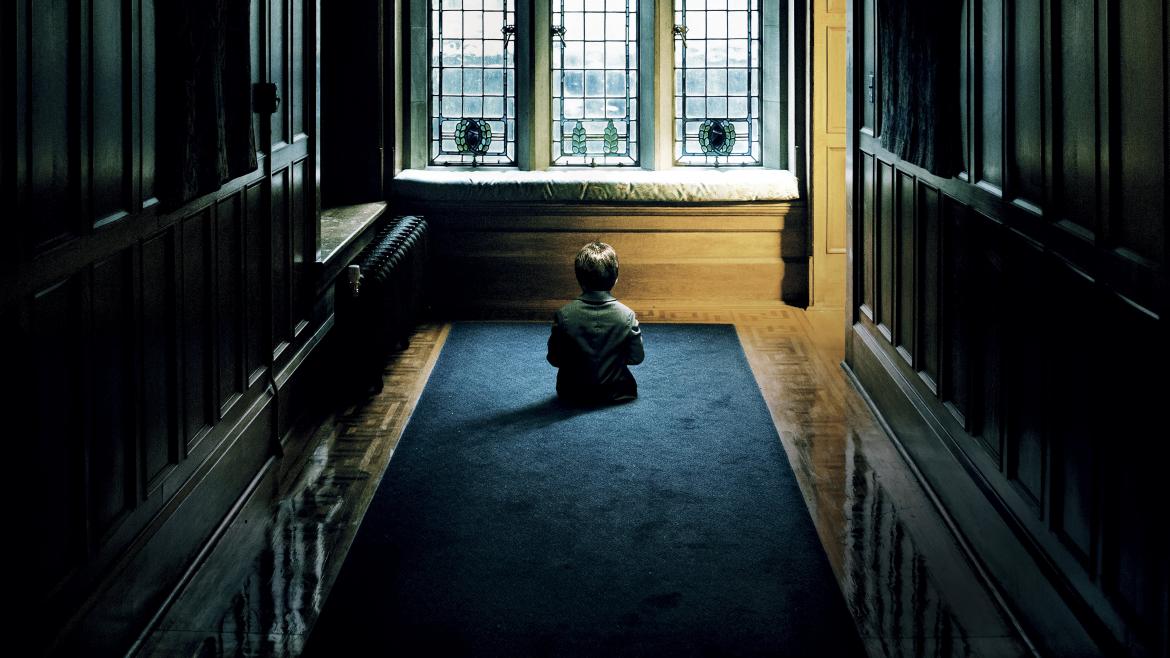 The titular The Boy in William Brent Bell’s film is a thick lashed, pale-faced doll who spookily disappears from rooms and requires attention and reading time. He is certainly spine-chilling, yet there is a disquieting charm to him that sets him apart from such impossibly grotesque dolls such as Annabelle or Chucky. He is in many ways their proper British cousin; more polished and refined, more respectful, a fan of the arts all while stealing sexy young ladies clothes; but also much less exhilarating.

This is the story of Greta (Lauren Cohan) who we learn very quickly has moved to the English countryside and fled her dark past to start a new life as a nanny for an old couple named the Heelshires or Bagginses or something; and care for their child. Of course the house is an old eerie estate and the boy is a doll replica of their deceased child who they creepily treat like a real child with feedings and good night kisses. This is the most disconcerting part of the film; we watch the parents treat this doll as if it is a living breathing thing, feeding him, carrying him, seeing his soft velvet, dead legs dangling against them with little self-awareness of their circumstances is incredibly disturbing and is much different than we’ve come to expect.

However, this is abandoned too soon, getting the old folks out of the house so we can spend some doll-Greta quality time, only occasionally interrupted to make room for the new local love interest (Rupert Evans). This is where the film devolves into the rut of January horror films, complete with a few agonizingly boring jump scares and tedious plot contrivances that of course bring together Greta’s dark past with her current situation. Lauren Cohan is more than admirable in her job, putting out a pretty good performance even when she is forced to flat out tell us how all of her past and present events are connected in awkward dialogue.

All these mistakes are even more apparent because of how subtle and restrained the first act is, which makes the final act even more unintelligible. This is the sort of thread that makes less and less sense the more you pull at it, leaving us with a film that is a cut above the average early year horror film, yet remarkably uneven.