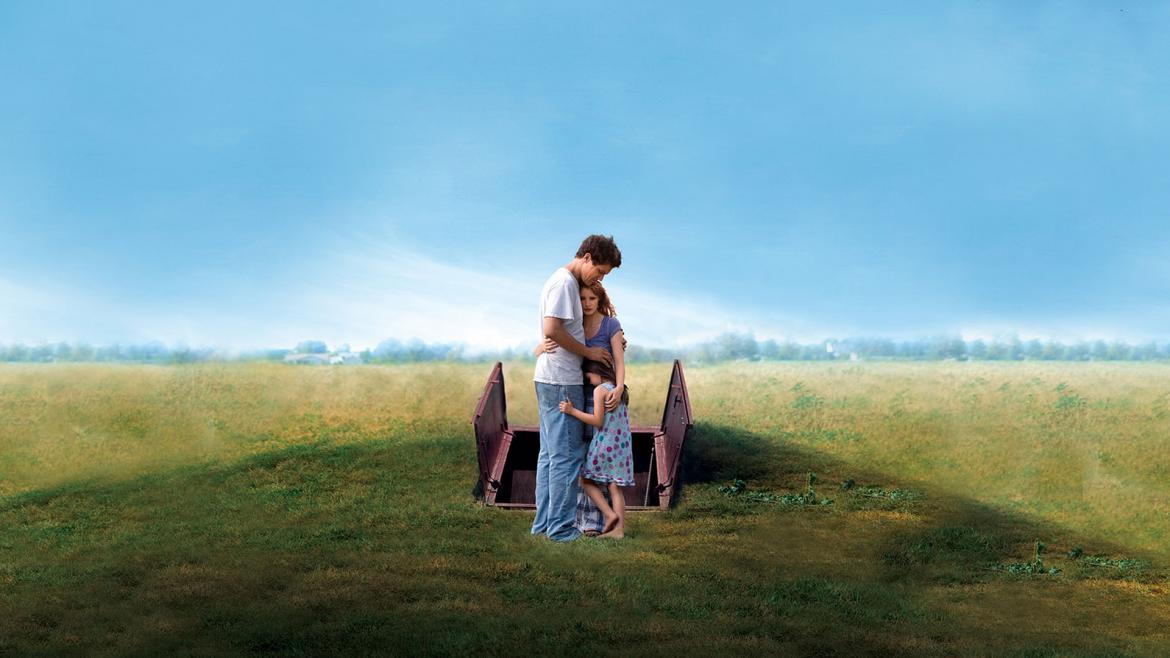 Mainstream apocalypse fiction is an interesting contradiction. We see in these films, tv shows, and pieces of literature the representation of our own mass destruction and the uncanny entertainment that comes with witnessing the ultimate in violent spectacle. Though occupying unique tiers of fun and the sublime, the pervasiveness of current apocalypse narratives hints at a spreading anxiety concerning government and financial institutions as well as the relationship of humanity to the natural world. I’m thinking in such instances of films like “Melancholia”, “Contagion”, “The Road”, “Children of Men”, Roland Emmerich’s films, or the explosion of zombie and virus horror films. So-called “torture-porn” suggests a more stripped down version, an individual apocalypse where the process of annihilation is played out for audience and killer. We could even go further and include documentaries like Chris Smith and Michael Ruppert’s “Collapse” or Davis Guggenheim’s “An Inconvenient Truth.” On television we can count programs such as “The Walking Dead”, “The Colony”, “Life After People”, or any of the numerous survivor based programs. Certainly disaster and zombie films have been around for decades but the frequency with which these types of apocalypse narratives are disseminating across media speaks to a very real anxiety of and interest in the process of humanity’s demise. Jeff Nichols’ sophomore effort “Take Shelter” is a film that seeks to unpack and examine this current mood. Set in a small rural community in north-central Ohio, the film centers on a husband and father named Curtis (Michael Shannon) who begins to have visions of an impending disaster. At first the dreams seem like vague recollections of passed summer storms. Curtis hopes to pass them off as stress induced. But the visions become increasingly vivid and surreal. Rain drops turn to rust colored sludge, birds drop from the sky, shadowy figures loom outside of windows, and people in Curtis’s life are either put in danger or violently turn on him. Curtis is at first hesitant to reveal these dreams to his wife Samantha (Jessica Chastain), hoping to deny his own potential descent into schizophrenia, a disease with which his mother is afflicted. In an effort to protect Samantha and their deaf daughter Hannah (Tova Stewart) Curtis sets out to rebuild their tornado shelter. He stocks the shelter with canned goods, gas masks, and survival supplies all the while frightening his family and community with his erratic, strange behavior. While “Take Shelter” has been characterized as the ever-persistent genre skirting “thriller” and “family drama”, the film is very much a piece of horror fiction. If there is anything that the American horror genre has come to terms with, it is that horror and violence is just as capable of originating from within us as it is from outside forces. Like the most compelling apocalypse fiction, Nichols understands the fluidity of this inside-outside play. The sensations of sublime awe that come along with witnessing violent cosmic forces are represented here in the billowing storm clouds and purple lighting as well as the fragility of human institutions and emotional control. We are tethered to Curtis’ experience of these visions, feeling the catastrophic presence of these occurrences and empathizing with his horror and desire to protect himself and his family. We come to comprehend his motivations. Conversely, we are also uncertain of Curtis’ mental state, watching as he jerks away from and becomes angry with his family and community. However, Nichols does not make a raving lunatic out of Curtis. For the first half of the film Curtis is a charismatic, extroverted father who is at ease with strangers as much as he is with his family. Dewart (Shea Whigham), a friend and co-worker, talks with Curtis one night over beers, declaring that he has led a good life. Nichols characterizes him as a man within a community first and foremost. When a confrontation comes out between Curtis and the town Nichols handles the scene with a distant hand, allowing Curtis to play out his tirade and then slowly realize the reactions of his family. It’s a startling scene performed beautifully by Shannon that clearly illustrates the complexity of horror from within and the presumed horror of the outside world. Nichols further examines these connections between inner and outer horror through the use of economics. Continual references are made to the uncertainty of the country’s financial crisis. After being recommended to a psychiatrist in Columbus, Curtis must turn down the consultation in order to save money for a surgery for his daughter and to renovate the shelter. Throughout the film Nichols also allows extended sequences of labor to play out for the audience. We watch as Curtis works construction and Samantha attempts to sell her needlework at a farmer’s market. Then we see a gas pump read off $60 plus and Samantha pulling money from their private savings. Through these sequences Nichols draws correlations between the drowning working and middle classes that are unable to find sufficient assistance and the dangers of isolationist self-sufficiency touted in the many other apocalypse narratives. Curtis becomes emblematic of a particular way of thinking that is at once cultivated and encouraged though kept impossible through the restrictions of economics. A common problem with many apocalypse stories is that they can be predicated upon the assumption that humanity is unable to exist in a state outside of a centralized government. At bottom, we are all assumed to be volatile animals held in check only by the threat of imprisonment and institutionalized legislation. And at times “Take Shelter” alludes to this type of mentality. But Nichols knows the flaw in presuming too much about such things and rather keeps this conversation in the realm of possibility and not certainty. Rather, “Take Shelter” is a beautifully realized piece of cinema that embraces the horrific complexities of self-preservation and paranoia as influenced by the individual and political institutions.