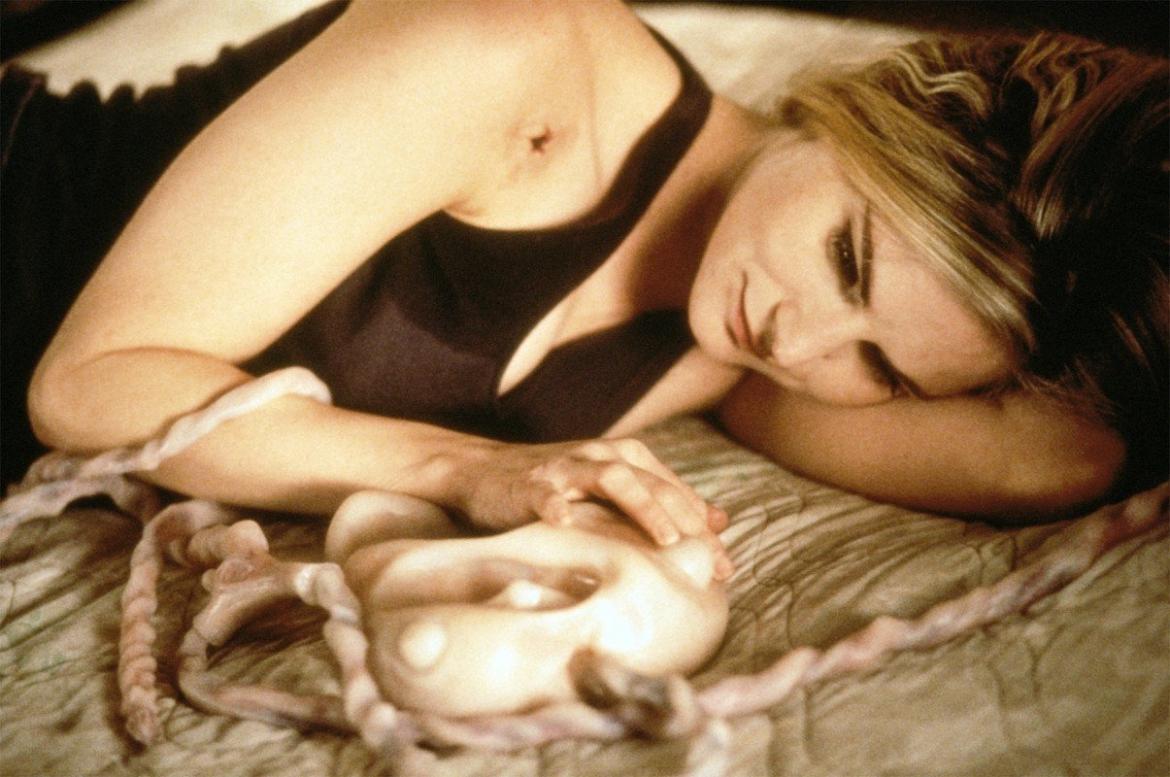 eXistenZ is maybe the David Cronenberg-iest movie David Cronenberg has ever made. Sure, there’s the body horror - quivering mounds of flesh, spinal cords being penetrated, a bio-matter gun that fires human teeth - but underneath all the goo, eXistenZ is a psychological thriller that just happens to play out in a world of pure dream logic. In his less fantastical post-eXistenZ movies it’s become apparent that the body horror stuff was a manifestation of Cronenberg’s fascination with Jungian psychology, which is the underlying theme that connects each phase of his career.

The world of eXistenZ is patently artificial, to the point where it is hard to distinguish where reality ends and the titular video game begins; in fact, the movie drops hints that every frame of the film takes place in the game. In this world, video games are played through fleshy pods that use an umbilical cord to interface directly with your nervous system. When demonstrating her latest masterpiece, game designer Allegra Geller is attacked by an anti-game “realist” assassin and is forced to go on the run with a technophobe security guard and the only pod containing the highly valuable software of her latest game. Her struggle against the luddite cult who want to kill her and her game plays out on various planes of reality which eventually begin to warp and bleed into one another.

Honestly, it’s all very silly, but Cronenberg is in on the joke. The fourth wall never quite gets broken, but the characters give it a few good kicks when they remark on the convenient plot twists and bad dialogue. Some terrible accents are later revealed as deliberate film-making choices rather than bad acting. Fittingly for a movie about video games, eXistenZ is playful and it overtly wants to fuck with your head, probably in a very literal and disgusting way.