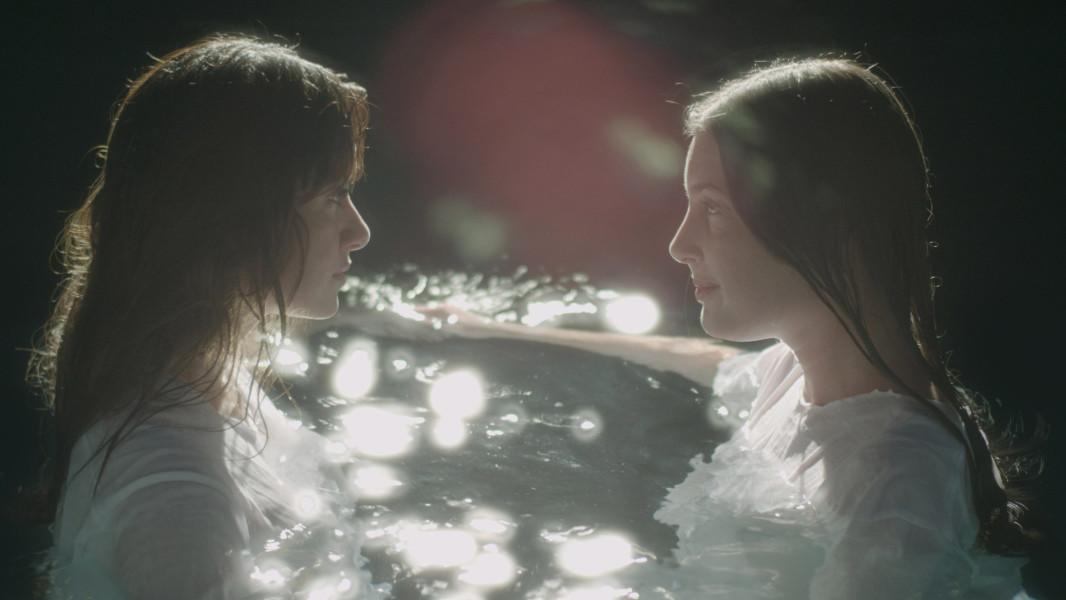 Somewhere in the hills of Southern California Irma (Barbara Crampton) is acting as caretaker and psychologist to a meek shut in named Janine (Sarah Hagan). Irma puts Janine through hypnosis sessions, sensory tests, and yoga lessons. “It seems so easy now,” Irma says, “but that wasn't always so.” Having exhibited obedience and lucidity Janine is allowed to venture into the outside world unattended. On one of these trips she encounters Savannah (Sara Malakul Lane). But as Janine’s stalking becomes more invasive we are granted fractured pieces of her violent past that led to her house arrest.

Like many so-called psychological thrillers Ben Cresciman’s Sun Choke charts its protagonist’s internal struggles with sexual identity and perception of the outside world. The film recalls other contemporary releases like Dogtooth, Excision, The Invitation, and I Am Not A Serial Killer. Though depicted in a linear manner Cresciman insinuates the viewer into Janine’s perspective to such a degree that constant shifts between a lived reality, dreams, hallucinations, and memories swirl together like the sunspots, glares, and rippling water reflections that inform her captive home. It's a dizzying not unpleasant experience where the production design creates a sense of Janine’s complex interiority before shattering it with busts of gory violence, yanking us into a more detached perspective.
There's a foundational question here, however, that never reaches an assured conclusion. Why is Irma working with Janine and why does she need to be isolated from the world? Certain violent actions in Janine's past are alluded to. Irma references a promise to her father. We glimpse Janine screaming, covered in blood and being dragged away by unknown male characters. A tape recording offers us a sense of how long the sessions with Irma have been ongoing. But for what purpose or motivating factor the film seems to care not. When we are given a brief backstory from Janine herself the situation reads as a shallow cliche in comparison to the film’s audacious style.
That Sun Choke begins to unravel in its later acts also becomes evident in its visual focus. The film’s camera becomes imbued with a sort of invasive ickiness. At first the film’s treatment of nudity and sexual representation comes as a frank somewhat awkward surprise. It's a sequence that invokes actual sexual pleasure from Janine, tethering the camera’s gaze with her invasive looking proposing potentially unique questions of gendered looking. But as the film continues the camera tends to linger on the nude bodies of both actresses regardless of its diegetic motivations. This is perhaps most clearly demonstrated in a sequence of extended full frontal nudity that feels entirely out of place given the situation and the possibilities of representing the moment. While it could be argued these sequences are indicative of the character’s sexual impulses and their attempts at control the progressive use of nudity seems to function more in service of audience focus.
Sun Choke is a film that will live and die based on its parts. Cresciman’s preamble into its central mystery and Hagan’s transition from lamb to praying mantis make for captivating viewing. But the film ultimately loses itself in its stylistic representation of psychosis, favoring fractured symbolism and explicitly over a compelling conclusion.