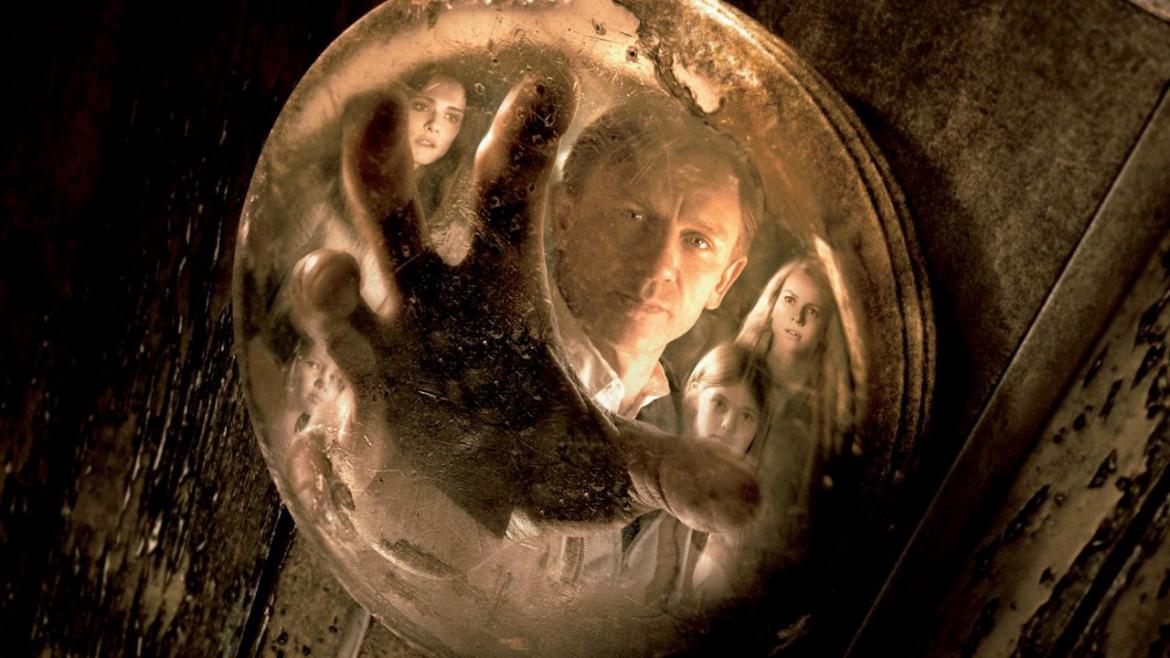 At this juncture, it’s very difficult to mention Dream House without somehow bringing up the marketing debacle that haunted this movie. Some would say that the marketing team put down this lame horse at the gate and turned it to glue before it ever got to take a lap at the track. Worse than that, it also seemed to usher in a whole slurry of films, big ones even; willing to shoot their load on television and computer screens before we even get a chance to buy tickets.

If you don’t know already, I don’t mind spoiling (neither did anyone else involved in the film evidently). This is a psychological thriller about Will Atenton (Daniel Craig) who comes home to start a new life with his wife (Rachel Weisz) and two children. He discovers over the course of the film that they’re dead and a half-baked mystery ensues with the remaining minutes.

Everyone; critics, fans, pundits, my mother decried the trailers giving away the surprise. The question I pose in response; is this film even worth having a surprise? If you sit down and actually watch this film, not just in the predetermined throes of nerd-fury shakily waiting for the moment to type on IMDB that those greedy studio execs are ruining cinema, you’ll recognize that this was a dumpster fire.

You see, the marketing team has to market something, that is their job after all. And all things being equal you might as well sell the glue, because nothing was saving this horse. Certainly not its characters. Those are painted in such broad strokes that it’s hard to separate them from the plot points. Or wait, is the payoff supposed to be an intellectual one? Perhaps, though that’s difficult when we are introduced to the mystery with twenty minutes remaining in the film. We are not given time to even consider that there might be clues, before we are given a yawn inducing, nonsensical answer. This doesn’t even begin to scratch the surface. There are so many contrivances and plot holes that it’s enough to push any sentient individual into their own murder spree.

This a film that boasts Rachel Weisz, Naomi Watts and Daniel Craig and a luminous score just to rub our nose in the fact how terrible the rest of this film is. The real marketing fiasco was attempting to show this film in the first place.