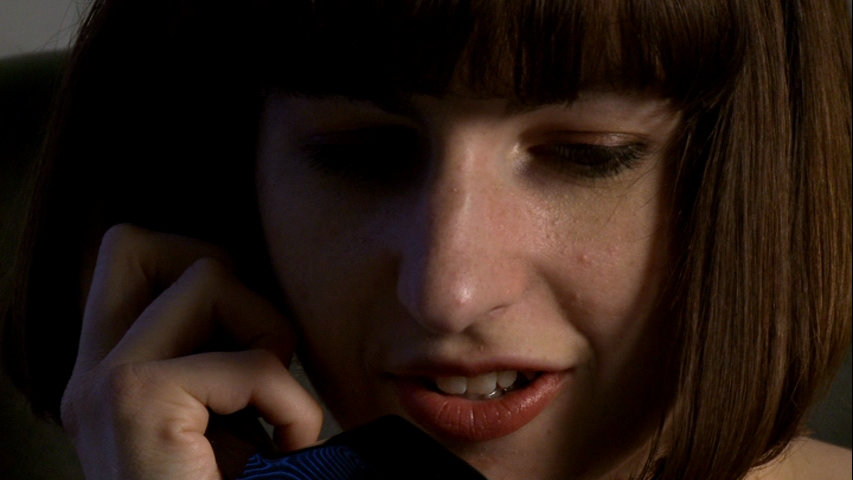 Let me get all philosophical up in this shit for a second. Imagine the following scenario. You have an island society composed of ten individuals. This island comes fully stocked with everything these ten people need to survive and be happy, plentiful food, warm beds, cold beer, a connection to the interwebs and NBA League Pass. You know, the basics. Now, let’s say that nine of the people in this society are masochists. The tenth, a sadist. Let’s say that every night, the sadist brutally assaults and beats the masochists within an inch of their life. Is this a paradise? Everyone gets what they want. Plus, all things equal, people would actually be less happy without the violence. Makes you think, right?

Yeah, it’s an old Philosophy 101 example, but it's meant to jump-start a discussion on moral values what kind of relationships are and are not healthy. It also happens to tie in nicely with the plot of the film “Stiff”. “Stiff” follows the character of Troy, a middle-aged, depressed officer worker. Troy’s daily routine seems to be wake up, attempt suicide, fail a suicide attempt, go to work, come home, call the suicide helpline, repeat ad infinitum. Sounds pretty shitty to me. Dude should at least go for a run after work. It’s good for stress relief.

While some people become regulars at their corner bar, Troy becomes a regular on the suicide helpline, eventually attracting the attention of Laurie. Laurie then breaks the rules (“House”-style) and gives Troy her phone number outside of work. Troy eventually works up the courage to call Laurie, the two meet and they begin either the best or the most dysfunctional relationship ever, depending on how you answered the hypothetical philosophical question above.

Why the twist? Well, Laurie’s got some “issues”. Namely, she sorta wants to have sex with a corpse. While some would call that a “deal-breaker”, she’s willing to help Troy finish the act and kill himself, so she can get what she wants. And, since he’s never been with a woman, he decides to go along with it. Much like the above scenario, everyone’s happy and they get what they want. Still, it’s kind of messed up, right?

If nothing else, “Stiff” has a unique concept. Problem is, as interesting and unique as it may be, the concept here is totally squandered. Going back to the philosophical question from above, everything interesting about that comes from the back and forth you’d have discussing it with others. Like most moral questions, it’s the debate and the conflict that makes them so interesting and fun to discuss. Unfortunately, “Stiff” simply decides, “yeah, this is alright” and just runs with it. Never do we have either character questioning their part in this relationship, despite the fact that the opportunity comes up. As they start spending more time together, Troy begins to fall for Laurie, yet he never once questions his decision to let Laurie help him commit suicide. Never does Laurie ever question whether what she’s doing is right or if she’s exploiting a depressed, mentally unstable man. It’s a wasted opportunity to get into some interesting moral questions.

“Stiff” also suffers from some serious technical issues. Being a dialogue driven film, “Stiff” really needs some interesting camera work and cinematography to create the feeling of action and movement throughout the many conversation scenes. Unfortunately, the direction here is incredibly amateur, with almost every scene being a simple repetition of shot-reverse shot. It makes everything feel slow and repetitive. Even something as basic as cutting to different shots of a character while they’re speaking before cutting back to the other actor, varying the depth of field or zooming in and out would make things feel so much more active and give this film some sense of action.

It’s also worth mentioning that the acting here is atrocious. I know, it’s an amateur film and you’re going to have amateur acting, but it’s particularly bad here. Given that almost every scene is a dialogue sequence, this becomes a huge problem. The actors just aren’t capable of conveying the emotion necessary to make me believe this relationship or to draw me into their story. Put simply, if you’re going to make a character driven story, make sure that your actors can make the characters compelling.

“Stiff” ultimately tries to do something out it’s reach. It presents a pretty interesting, morally questionable situation, however it’s presented in the most straightforward and un-compelling way possible. While I’ve gotta give it credit for trying to be different and for coming up with something unique, it’s just not capable of living up to the premise it spells out. The end result is a dull, flat film that feels unrealized and makes for an unsatisfying watch. Instead of sinking 80 minutes into this film, go pick up a philosophy book. Trust me, it’ll be way more interesting.